Stretching 5000 km across Canada’s North, the Boreal Region is the essential breeding habitat (or ‘nursery’) for over 300 species of birds. These include warblers, waterfowl, and shorebirds, to name just a few. To most North Americans, the Boreal is a seemingly remote wilderness. While forests of spruce, fir, poplar and birch are extensive, the region also contains expansive wetland habitats, coursing rivers, and countless lakes. The Boreal is home to many Canadians, including 600 Indigenous communities – and home, too, to a wealth and diversity of wildlife.

Canada’s Boreal is one of the largest and most intact forest ecosystems on the planet. While large parts of the region are relatively undisturbed, other areas are more heavily impacted by commercial activity, such as industrial logging; mineral, oil and gas exploration/development; hydro-electric development; and, roads and transmission corridors. Impacts of the climate crisis are of increasing concern, particularly as they may affect the distribution of wildlife or the frequency and intensity of forest fires. 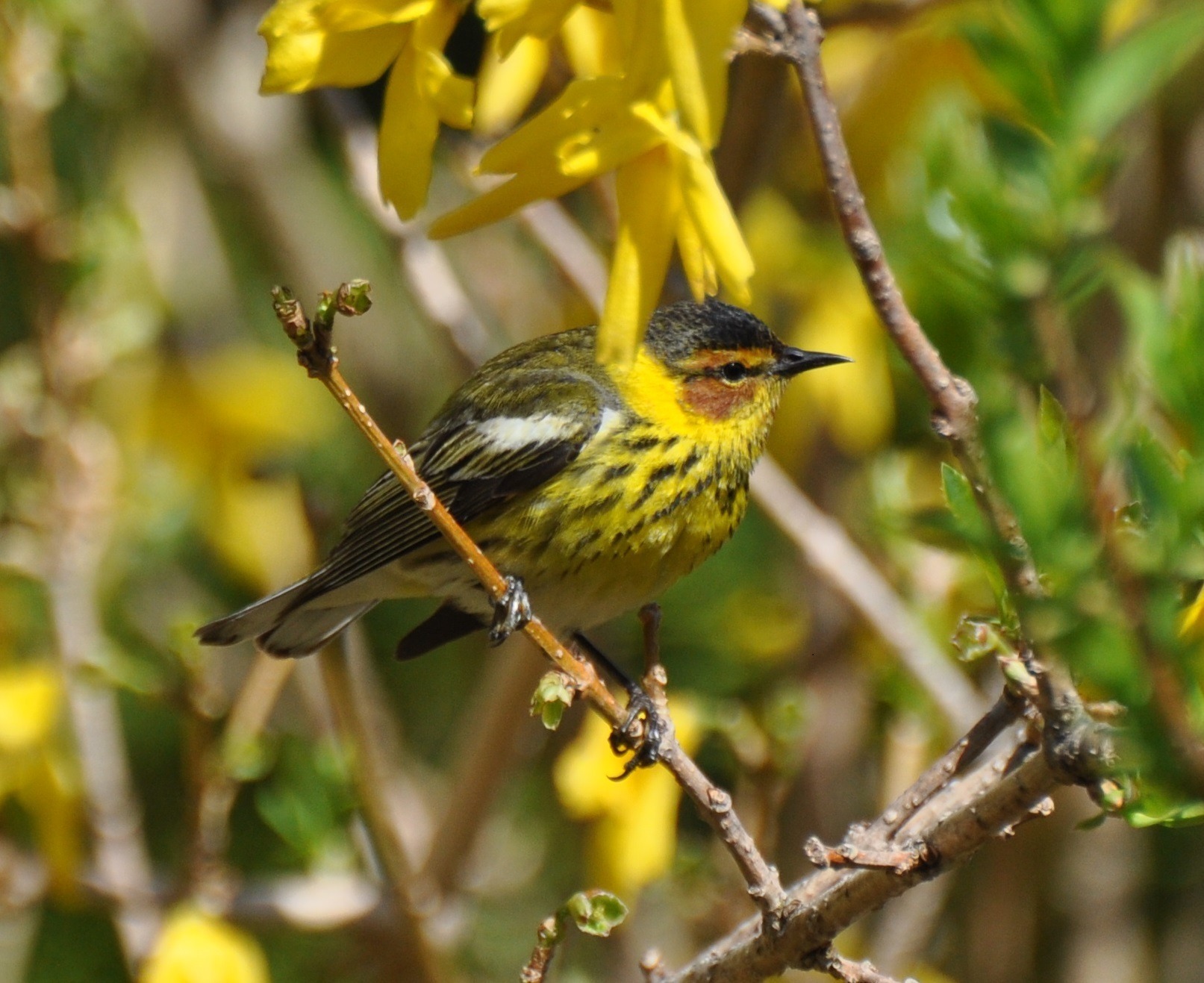 The time to act is now.

We have a tremendous opportunity – and responsibility – to take action now to protect this globally-significant habitat. Birds Canada is working collaboratively with other conservation organizations to protect as much of the Boreal Region as possible. Working with partners, this work includes: 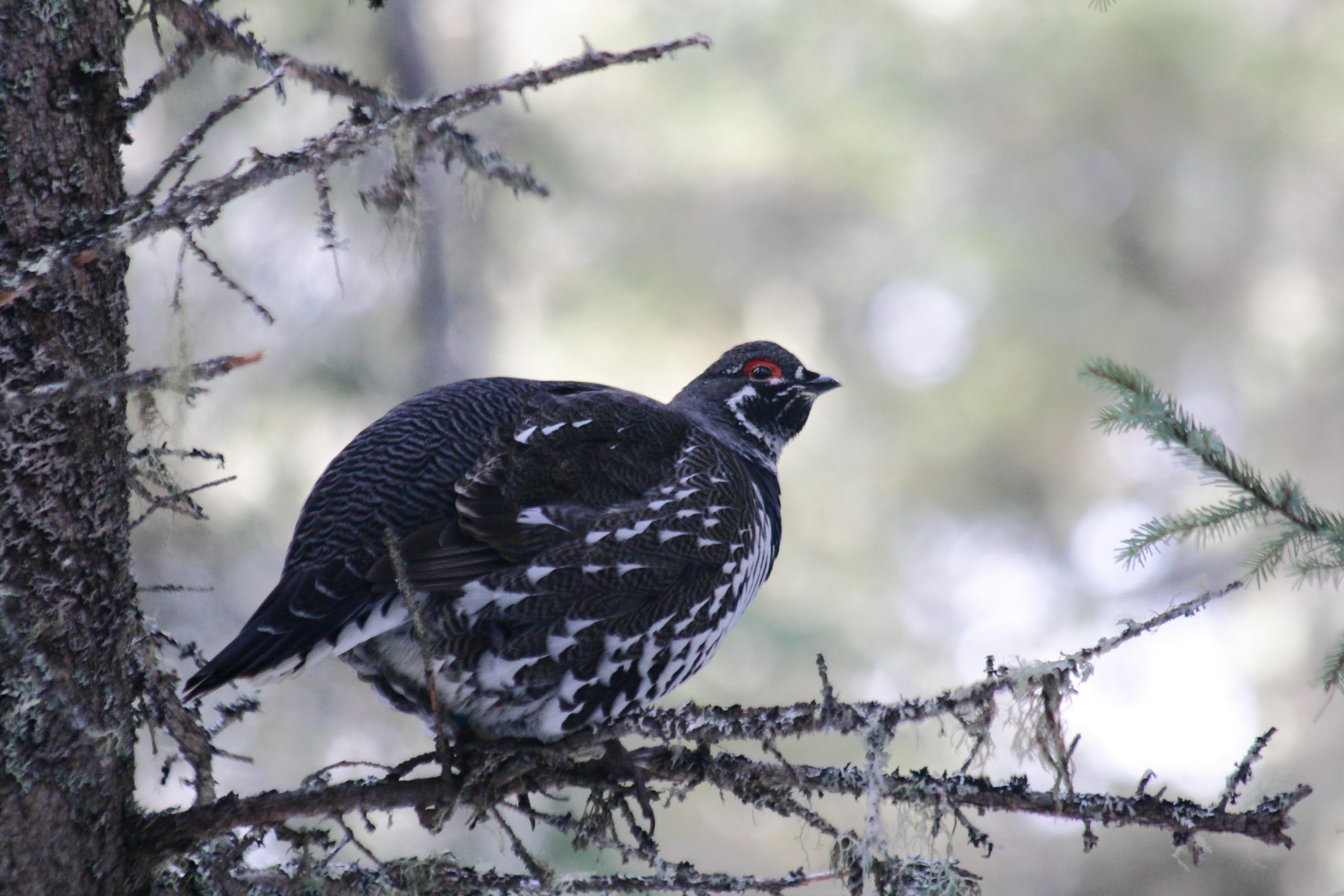 Birds Canada is building upon decades of science and population monitoring to advance its conservation work in the Boreal. This would not be possible without our thousands of supporters, volunteers and project funders. Please stay tuned for more opportunities to take action for Canada’s Boreal Forest.

Visit our story map to learn more about the Boreal and its birds birdscanada.org/boreal-story.

Click the photo below to view our Story Map 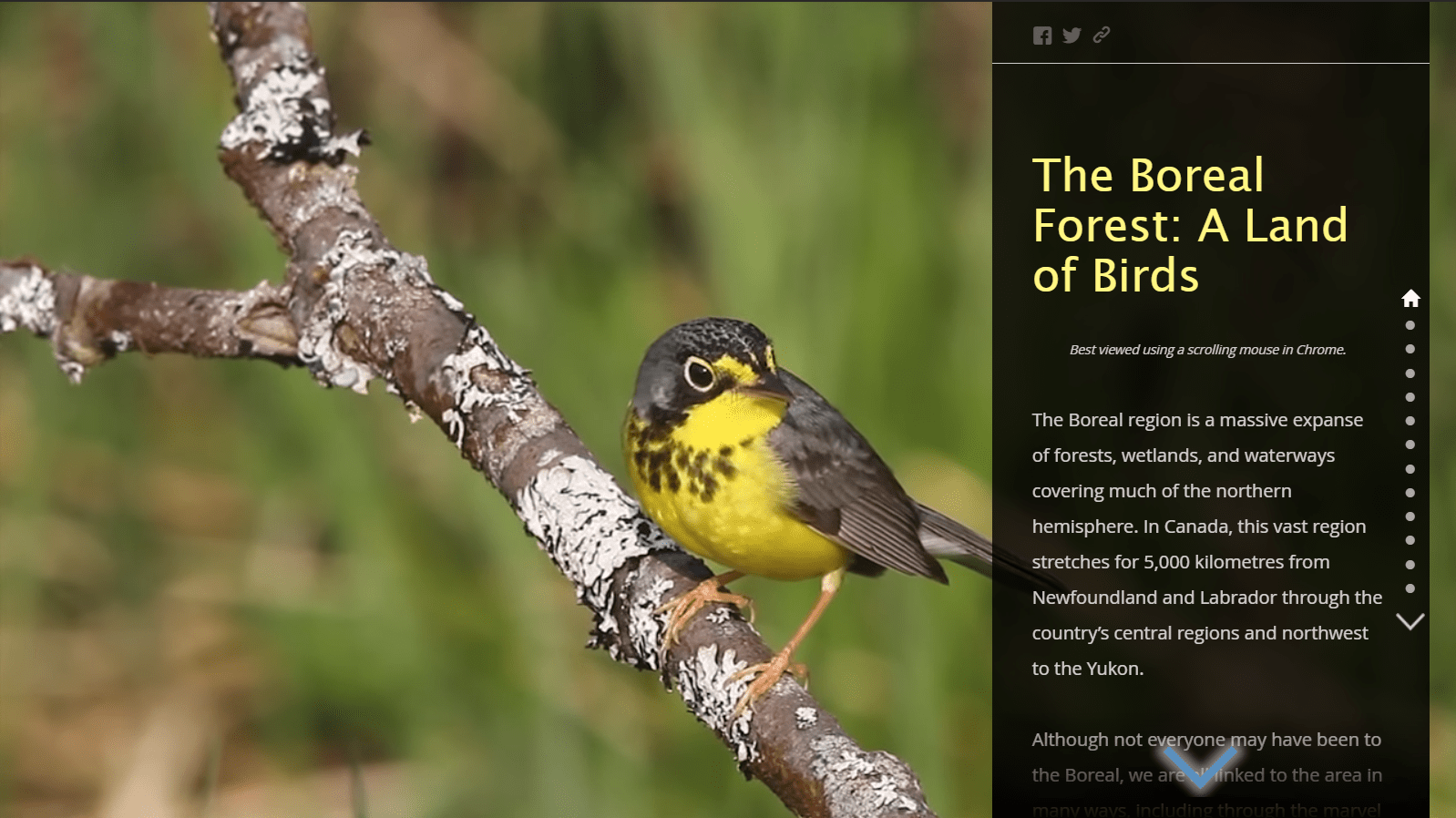