If you’re a regular reader of the Birds Canada blog or BirdWatch Canada magazine, you may recall my stories of studying Leach’s Storm-Petrels in Newfoundland the past several years. Early this spring, with fieldwork cancelled due to COVID-19 health and travel restrictions, I was mourning the loss of my annual work on seabird colonies. I was especially concerned about what that might mean for seabird long-term monitoring programs. Investigating population declines, annual changes in productivity, and responses to environmental change require careful, annual, and repeated studies over a lifetime – and for Leach’s Storm-Petrel, that lifetime can reach up to 40 years. Imagine my delighted reaction when COVID-19 restrictions eased enough in New Brunswick to allow me to help one of these long-term studies by visiting Kent Island in the Bay of Fundy.

Kent Island is part of the Grand Manan Archipelago Important Bird and Biodiversity Area. It has hosted a research station associated with Bowdoin College in Maine since 1936. Every year, researchers visit the island to study its natural systems, and over 200 research articles have resulted from work conducted there. Our understanding of Leach’s Storm-Petrel has been shaped by one researcher in particular, Charles (Chuck) Huntington, who began studying these birds on Kent Island in 1954. He continued for nearly 50 years, accumulating one of the world’s longest-running studies of a single population of birds. Because of their long lifespan, many of the petrels that Chuck revisited every year were like old friends. Most people who visited Kent Island before Chuck’s death in 2017 (including myself, in 1995) had the honor of meeting him, deep in a petrel plot in the middle of the night, to learn about Leach’s Storm-Petrel. Researchers at Bowdoin College continue his legacy of study at Kent Island, but due to the border closures, they were unable to make the trip from Maine this year. Because I live in New Brunswick, I was able, and honored, to go to Kent Island to help fill a gap in this important long-term study. I took my family “bubble” as my field assistants.

Apart from hiring an experienced and practical fisherman to get us there, boating to Kent Island does not at all resemble the approach to the rocky, wave-crashed Baccalieu Island of Newfoundland that I’ve written about before. We motored through a tide-swept gap, past a Herring Gull colony, to a small dock for very civilized disembarkation – no gear-throwing or crashing waves involved. Our gear was trundled in a wheelbarrow up to the field station, where instead of pitching tents, we moved into the student dorm and made supper in the kitchen.

In 2018 and 2019, my colleagues and I deployed year-round tracking devices (geolocators) on Leach’s Storm-Petrels at Kent Island with the goal of discovering where this little bird spends its time when not raising chicks at the colony. This effort is part of a larger regional study to understand year-round movements and winter connectedness of populations of six different colonies in Newfoundland, Nova Scotia, and New Brunswick. Knowing where petrels may encounter risks at sea (such as offshore lights and flares and marine pollutants), what marine areas support these birds throughout the year, and whether all populations are similarly affected will be critical to conserving this declining species. In 2020, my aim was to get those little tracking devices back.

As soon as my family arrived on Kent Island, I headed for the study plot to get my arm into some petrel burrows. “Grubbing” a petrel burrow is like a weird treasure hunt. First you must find a specific burrow amid a mass of ferny undergrowth and winter-fallen trees. Then, your hand must follow a tortuous underground path with multiple tunnels and entrances to gingerly grasp the feathery treasure at the end. Double treasure if the bird has a geolocator on its leg. Triple treasure if it has a geolocator that is two years old. 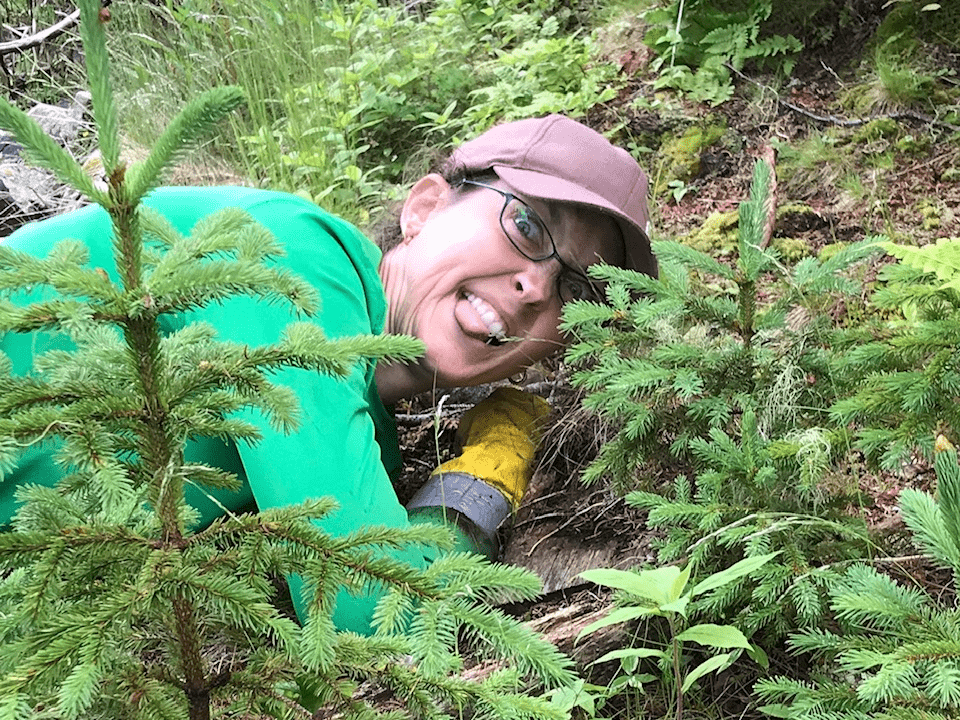 The geolocators are little 1-gram, archival devices that are secured with a small band on the bird’s leg. If they get lost over the winter, the data disappear with them. Happily, I was able to retrieve 19 out of 20 devices deployed in 2019 and three of the missing devices from 2018 that had not been recovered in 2019. Most birds were found in the same burrow where they had originally been tagged. A few had moved several metres away to unmarked burrows, and I found them when I was grubbing other parts of the plot. The information from these geolocators will contribute significantly to studies of where petrels go, and what they experience, throughout the year.

My family helped me follow the burrow plot maps, recorded data for me, and carefully explored the island. It was a welcome relief to remember that even in a global pandemic, the natural world carries on. We all felt lucky to be playing a small part in a larger story: learning about seabirds, wild places, and the persistence of much-needed nature in today’s complicated world. Seabird colonies and Canada’s other important natural areas need protection and safekeeping, for the creatures that inhabit them – but also for our own mental health and perspective. My hope, and Birds Canada’s hope, is that we all have a safe, green space to explore and care for, for all the years to come.

For more reading on Leach’s Storm-Petrels:

Everything you wanted to know about Leach’s Storm-Petrel, May 2019

Researchers working together on a Leach’s Storm-Petrel Puzzle, August 2018 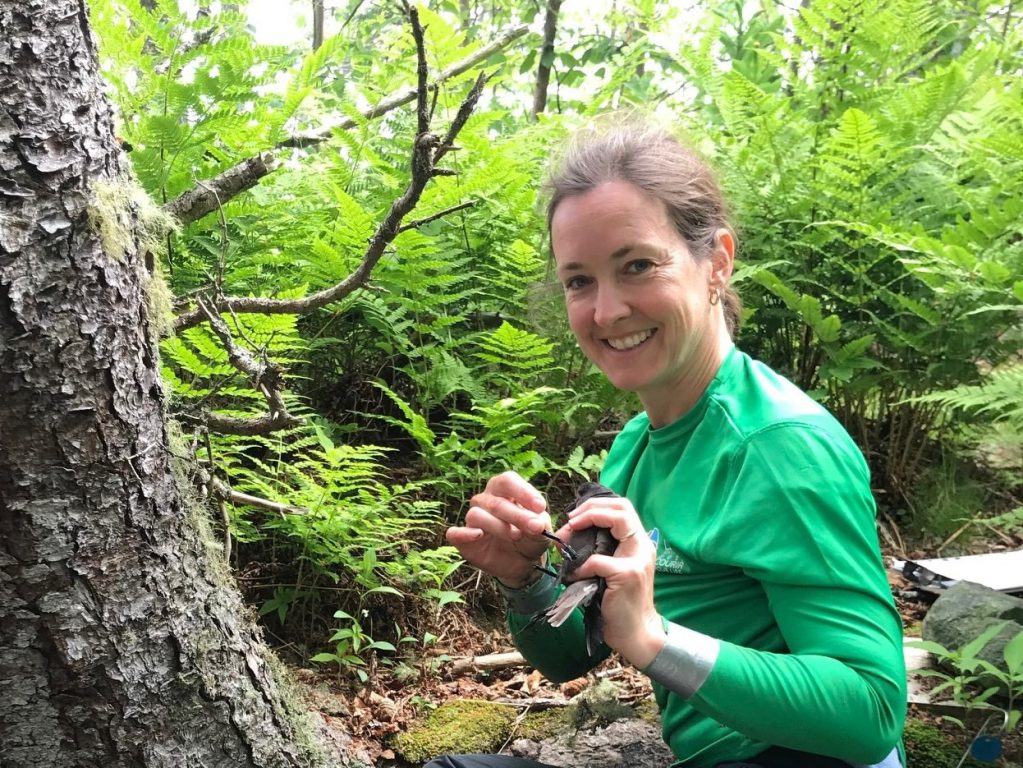