Anyone who has spent time in St. John’s, NL, knows about the blanket of fog that frequently drapes the city and surrounding coast, turning even familiar roads into eerie, shadowy obstacle courses. Most people would tell you it’s not the best weather to drive the 20 minutes out to Cape Spear, the easternmost point of North America. And yet early one April evening, I found myself doing exactly that. It didn’t take much imagination to picture a horror movie set – or, far more likely, a moose emerging suddenly from the mist. But I kept going forward, because I was on a mission: to establish a new owl survey route along this road.

The Nocturnal Owl Survey is one of Birds Canada’s most popular citizen science surveys.  Every spring, hundreds of volunteers across the country spend one evening between April 1 and May 15 surveying a pre-determined route of 10 stops for owls, alternating between silent listening periods and a broadcast of owl calls. 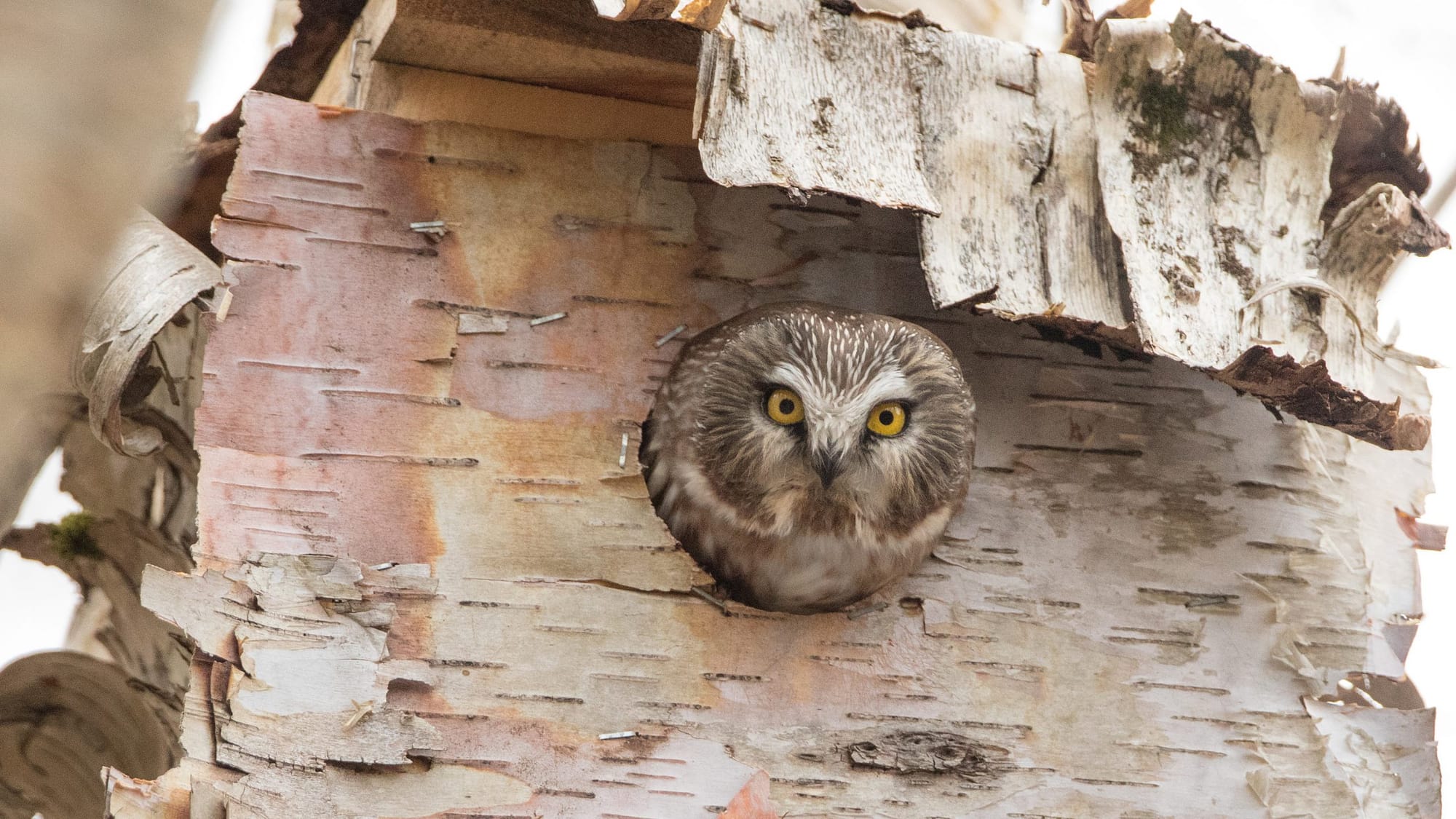 The survey makes an important contribution to our understanding of the distribution and population health of owl species across Canada. Owls are high on the food chain and thus vulnerable to many environmental disturbances, making them great indicators of environmental health. But monitoring owl populations is no easy task, because most species are secretive and primarily nocturnal. Specialized surveys like the Nocturnal Owl Survey allow us to keep track of what’s going on with these species.

Although the survey has been running for more than 20 years in some provinces, it has only expanded to Newfoundland and Labrador within the last few years. But in NL, in addition to helping us understand the distribution and abundance of owl populations, it may also help to answer a question that’s been intriguing local birders.

“Since the beginning of time, Boreal Owls [have been] the only small owl in Newfoundland,” writes Bruce Mactavish, a Newfoundland birding expert, in Saltwire. However, recently the situation has changed: while their smaller cousins, Northern Saw-whet Owls, were historically unknown in Newfoundland, sightings have become increasingly common over the last decade, and the first Saw-whet breeding records were reported in 2017.

These two species occupy a similar niche – both relying on small mammals for food and cavities excavated by woodpeckers for nests – creating the potential for competition between them when either of these things are limited.  Many Newfoundland birders wonder if the arrival of Saw-whets on the island could be bad news for the Boreal Owl, whose population numbers seem to be declining.

“Saw-whets are now the expected small owl that gets reported from backyards, etc., during winter, when it used to be the Boreal Owl as recently as 15 years ago,” says Jared Clarke, a local bird expert and founder of birding tourism company Bird the Rock.

“The idea that Saw-whets are competing with and/or pushing out Boreal Owls is anecdotal,” he adds, “But it makes sense given the opposite trends we are seeing in the species and what we know of their habitat and niche.”

Alternatively, the increase in Saw-whet populations may be due to the introduction of southern red-backed voles, which were first discovered in southwestern Newfoundland in 1999 and have since rapidly expanded their range across the island. These voles are a food source for both Boreal and Saw-whet owls, suggesting that competition for food may not be an issue.  And while there’s no doubt that Northern Saw-whet Owl populations are increasing in Newfoundland, the trend in Boreal Owl populations is much less certain, because we lack reliable information on their numbers. 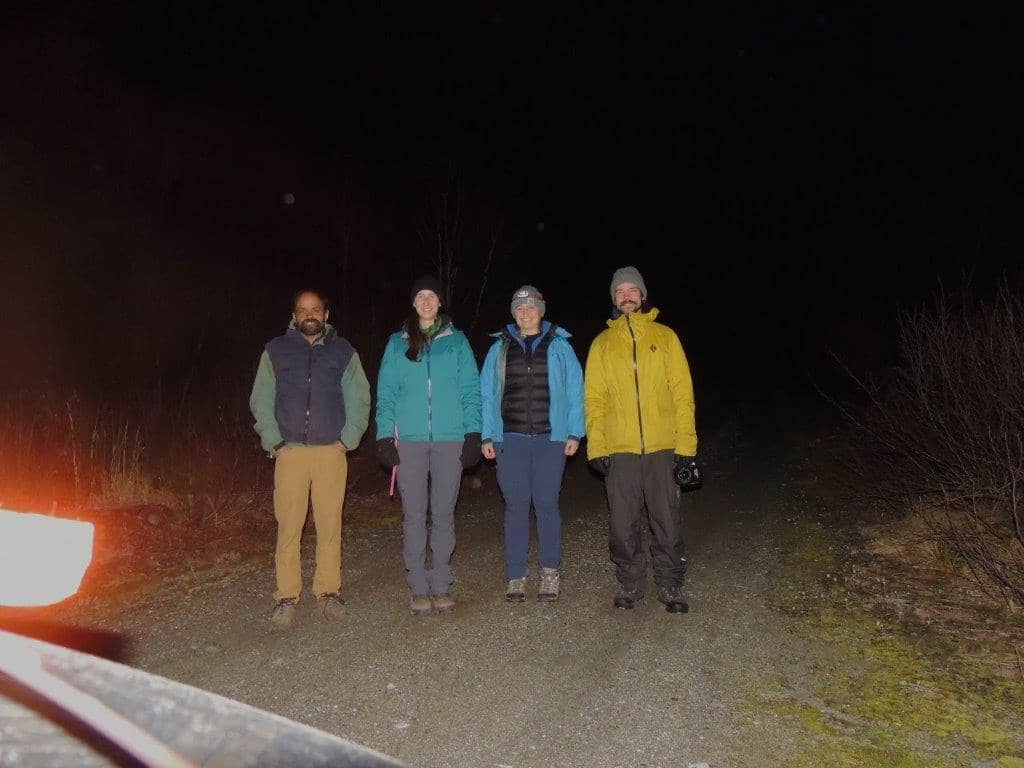 Volunteers join a quest for data

When Memorial University graduate student Travis Heckford partnered with Birds Canada to set up 35 owl survey routes in Newfoundland and Labrador in 2018, volunteer citizen scientists took the first step towards collecting the data necessary to evaluate the distribution and trends of NL’s owl populations. The survey started small, but gathered momentum in its second year. However, in the midst of the planning for the third year in 2020, the COVID-19 pandemic hit and Birds Canada put all citizen science surveys on hold. As one of the earliest citizen science programs of the season, the Nocturnal Owl Survey ended up being cancelled entirely.

When we began planning for the 2021 survey, we found that many volunteers had moved on and/or left the province. In fact, in March 2021, when I began to marshal the owl survey troops, we had only 6 returning volunteers signed up to cover 5 routes between them.

So, feeling somewhat panicked, I put out a call to the NL birding community – and it rose to the challenge magnificently. Within just a few weeks, 34 of the 35 routes established in 2018 were spoken for.

But we didn’t stop there. Before too long, I started hearing from would-be volunteers living in places where no routes had been set up – so we decided it was time to establish some new owl routes in the province. This is how I found myself driving to Cape Spear that foggy evening, stopping every 2 km to record the coordinates of another stop. Over the next few weeks, prospecting for routes landed me in a few other sticky situations. Once, I nearly got stuck on a road I hadn’t realized was private – but the departing occupant noticed me just as he went to lock the gate behind him.

But the incredible success of this year’s NL owl survey has made these difficulties more than worth it. In total, we now have 57 routes established across the province, including 4 in Labrador. And in two months, our number of participants has climbed from that initial 6 to almost 60!

This success can be partly attributed to the fact that the owl survey is perfect for beginning birders. Only 6 species of owls breed in NL, and of those, there are only 3 volunteers are likely to encounter during a nocturnal survey. So it feels like a manageable amount to learn.

But beyond that is the fact that owls are a universal source of fascination: mysterious and stealthy predators of the night, occasionally heard, rarely seen. The nocturnal owl survey provides a window into a world that many of us don’t normally experience, and offers an opportunity for local adventure in a year when everyone needs a dose of adventure.

“The experience of interacting with birds as they recognize and respond to our call playback is incredible, and we often spot foxes and other animals as well,” says Laura King, President of Nature NL and a veteran owl surveyor. “I’d recommend this nocturnal nature adventure to anyone who likes science, birds, staying up late, or hot chocolate.”

How you can get involved

Over the next few years, we hope to continue to expand the NL owl survey, improving our understanding of population distribution and health. We’re always looking for more volunteers and new places to establish routes, so if you’d like to get involved, please contact me at cdale AT birdscanada.org. 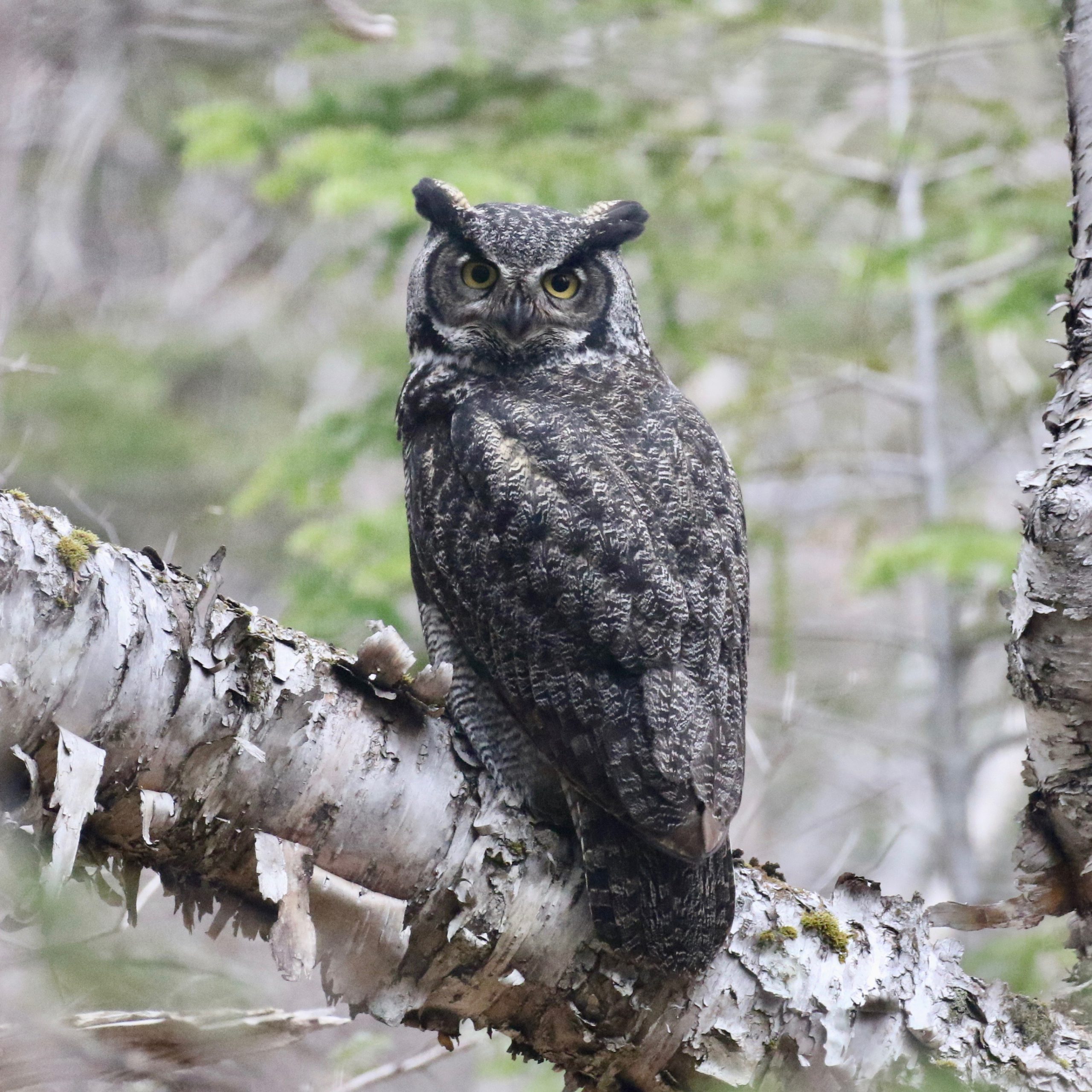