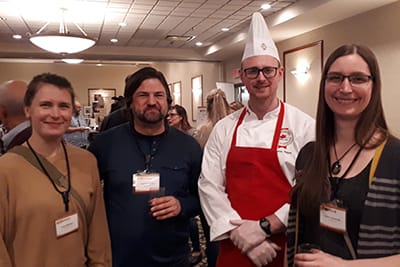 “Working Landscapes” was the theme of the 12th Prairie Conservation and Endangered Species Conference held in Winnipeg, Manitoba from February 19-21, 2019. Attendees from a range of sectors – scientists, agricultural producers, consultants, and more – had the opportunity to explore the intersections of conservation and agriculture, have their perspectives heard, and work together on conservation solutions. 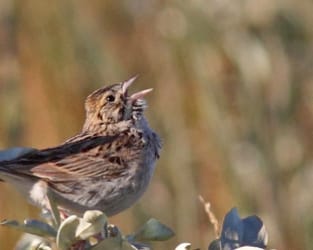 A team of Bird Studies Canada staff will soon be heading to the 12th Prairie Conservation and Endangered Species Conference in Winnipeg, MB from February 19-21. The theme of the conference is “Working Landscapes,” and participants will be exploring intersections between conservation and agriculture.

The first season of fieldwork is now underway for the Saskatchewan Breeding Bird Atlas, the largest Citizen Science project to ever be attempted in the province! The official launch event was co-organized by Bird Studies Canada and Nature Saskatchewan, and took place at Last Mountain Bird Observatory on International Migratory Bird Day, May 13.

Saskatoon, Saskatchewan – This summer, birdwatchers across Saskatchewan will embark on the largest citizen-science project ever attempted in the province.