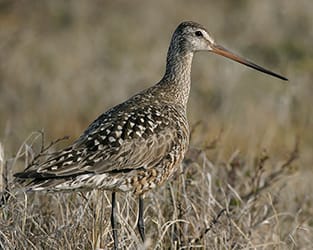 At its April meeting in St. John’s, NL, the Committee on the Status of Endangered Wildlife in Canada (COSEWIC) assessed the status of 19 species, including one bird – the Hudsonian Godwit. Hudsonian Godwits face threats at all stages of their annual cycle, including climate change and overgrazing by geese in the Arctic, loss of wetland habitat at staging sites in the United States and South America, and disturbance of wintering habitat by increasing levels of human development and activity. 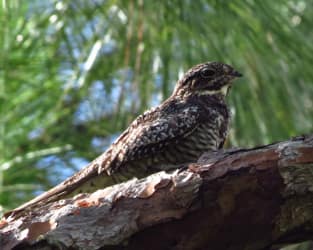 At its April meeting in Windsor, ON, the Committee on the Status of Endangered Wildlife in Canada (COSEWIC) reassessed the status of six bird species.

The IUCN Red List is the official word on the extinction risk to all species worldwide. It is updated annually. The 2017 list, just out, features three iconic Canadian species: Chestnut-collared Longspur, Snowy Owl, and Black-legged Kittiwake.

The Committee on the Status of Endangered Wildlife in Canada (COSEWIC) recently held its spring meeting in Whitehorse, YT. Two bird species – the Harris’s Sparrow and the Lark Bunting – were assessed for the first time. The committee also reviewed the status of the Burrowing Owl and the Rusty Blackbird.