Assessing species extinction risk is one way of measuring the health of Earth’s biodiversity. Volunteers who collect data used in these assessments, including those of you who participate in Birds Canada Citizen Science programs, play an important role. Thank you to all who contribute! Nationally, we have the Canadian Species at Risk Act (SARA), which is based on assessments by the Committee on the Status of Endangered Wildlife in Canada (COSEWIC). Globally, extinction risk to all bird species is assessed by BirdLife International, the official Red List Authority for birds for The International Union for the Conservation of Nature (IUCN) Red List of Threatened Species™. 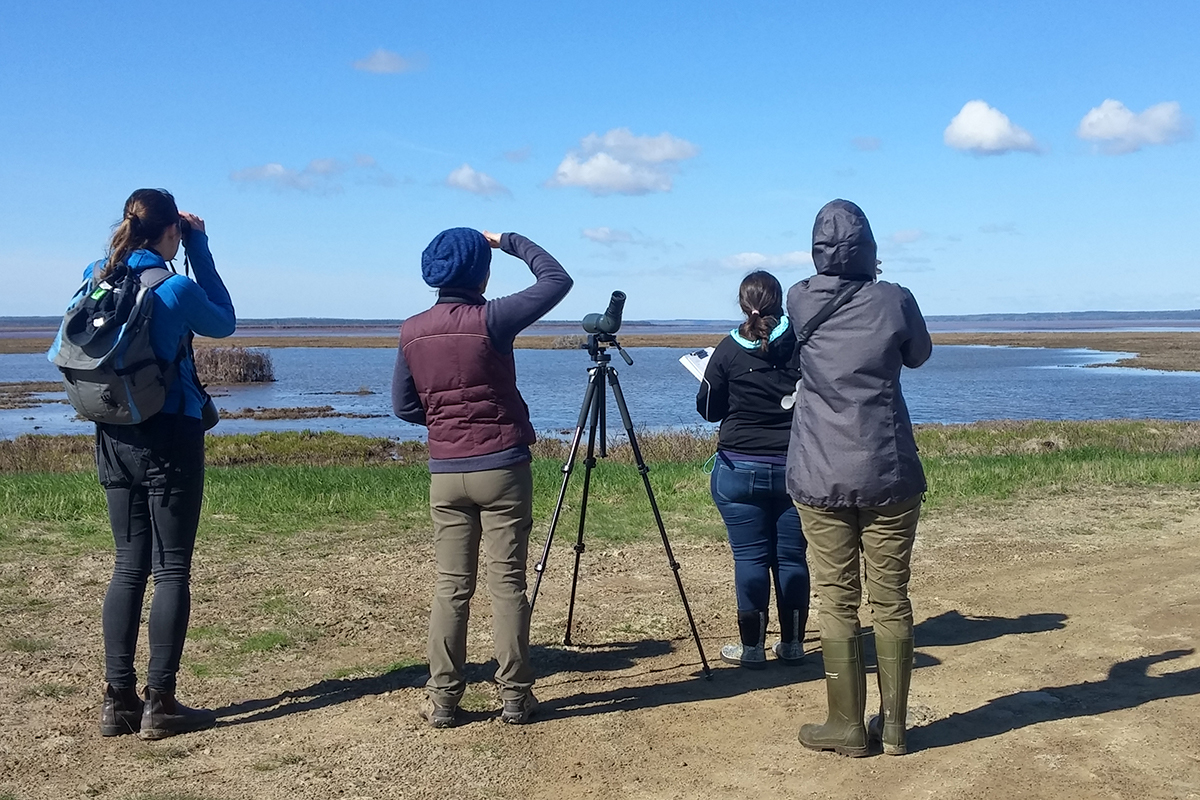 Late last year, COSEWIC assessed the status of two bird species among a raft of other animals, plants, and lichens. It is a legal requirement under SARA to reassess species after ten years or so. This time around, COSEWIC reassessed Bicknell’s Thrush and Eastern Whip-poor-will, both previously categorized as Threatened. These bird species are more often heard than seen, and most vocal around dawn and dusk, which makes it tricky to monitor their population trends using standard survey methods.

The Bicknell’s Thrush (scientific name Catharus bicknelli) remains Threatened. It continues to decline in its preferred breeding habitat: regenerating (growing back), high-elevation forests in southern Quebec, New Brunswick, Nova Scotia, and the northeastern U.S. Notably, surveys conducted by Birds Canada show a recent decrease in detections (the number of times the birds were seen, heard, or recorded vocalizing) of Bicknell’s Thrush at former strongholds on Cape Breton Island, at the northern edge of its range.

Threats to Bicknell’s Thrush in Canada include pre-commercial thinning (a forestry practice) of habitat in regenerating clearcuts, as well as changes to naturally-occurring habitat due to climate change and grazing by large Moose populations. Birds Canada is part of the international working group coordinating efforts to halt the declines. 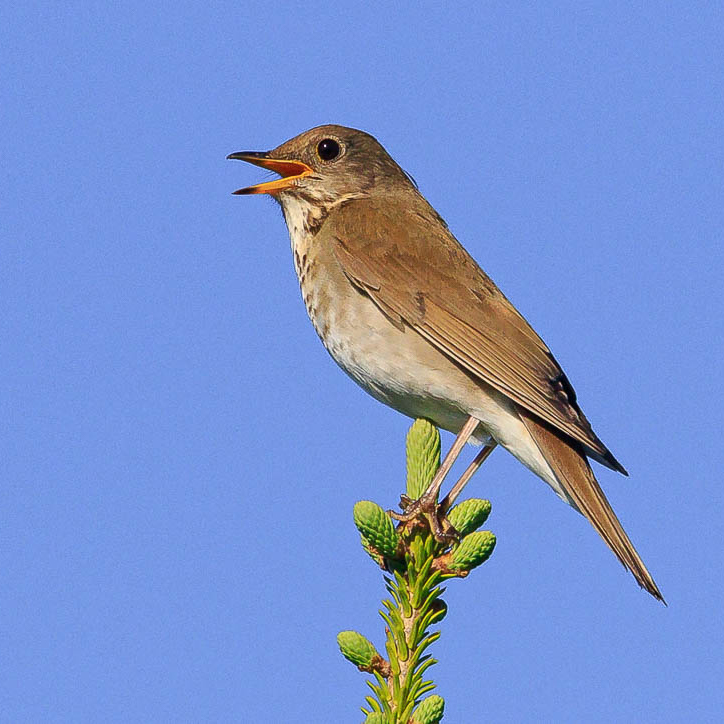 COSEWIC reassessed the Eastern Whip-poor-will (scientific name Antrostomus vociferous) as Special Concern, one category lower (or less serious) than Threatened. Population trend data suggest that its numbers may now be stable or increasing in places. This is a good sign, but the quality of the data available to make this assessment was not as strong as desired.

The whip-poor-will belongs to the group of birds that catch insects on the wing, known as aerial insectivores. Experts are concerned that the insects that these birds rely on for food are declining due to ongoing pesticide use. Other threats to this bird include habitat loss and degradation and increasingly frequent and severe hurricanes along its migration routes. 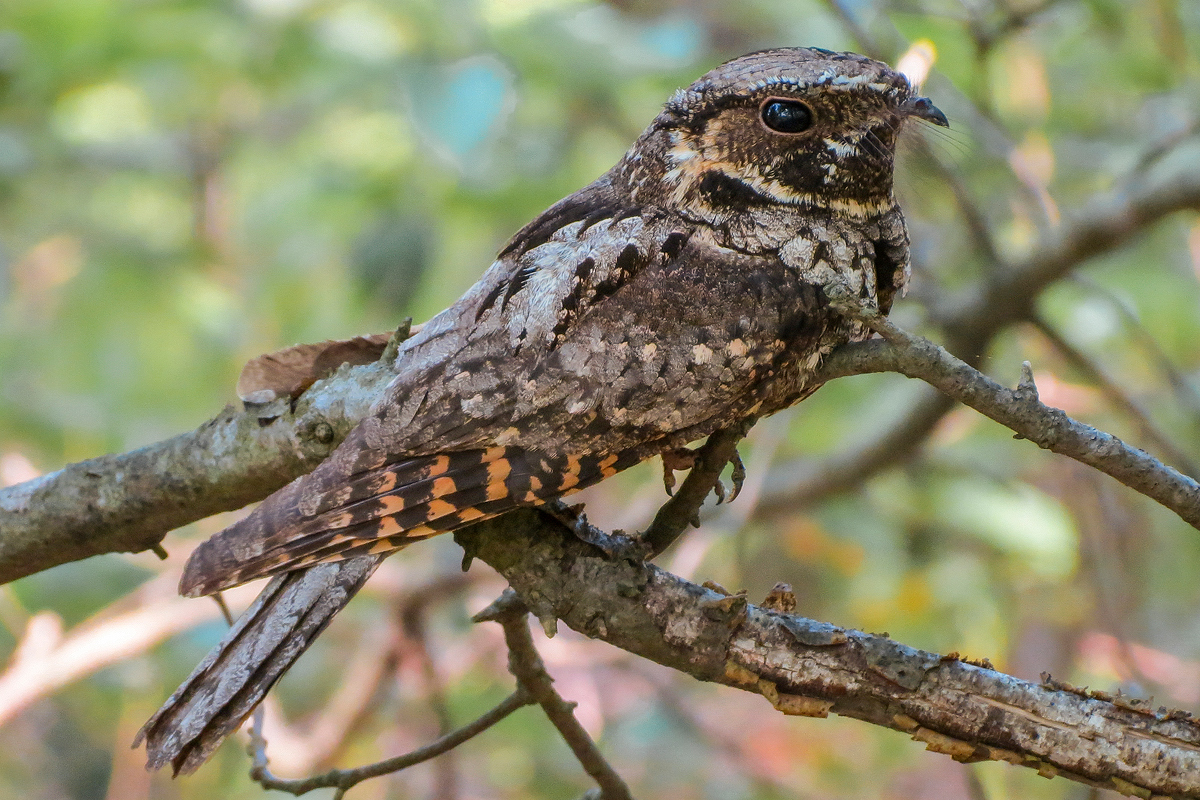 Globally, in 2022, there were no changes to the IUCN Red List extinction risks for the birds regularly found in Canada. However, an iconic insect that Birds Canada has done a great deal of work on entered the IUCN Red List in 2022 as Endangered: the migratory subspecies of the Monarch butterfly (scientific name Danaus plexippus plexippus).

This subspecies of Monarch overwinters in Mexico and California, migrating north to summer breeding grounds throughout the U.S. and Canada. The population has shrunk by between 22% and 72% over the past decade alone, due to pesticides and herbicides used on the breeding grounds and legal and illegal logging on the wintering grounds.

The Long Point Bird Observatory (LPBO) – Birds Canada’s founding program and the oldest bird observatory in the Western Hemisphere – monitors more than birds. It has also been monitoring Monarch butterflies for more than 25 years. This dataset has proven invaluable to conservation science because it is Canada’s only standardized dataset for unravelling fall migration trends, stopover ecology, and phenology of this Endangered species (e.g., Crewe and McCracken 2015, Ethier 2020, Ethier and Mitchell 2023). Monarchs play a key pollinating role in the ecosystems they travel through on their yearly migrations, and they hold great cultural value. Discovering a declining population trend for this important insect demonstrates the value of maintaining long-term, volunteer-based monitoring programs for scientific research. 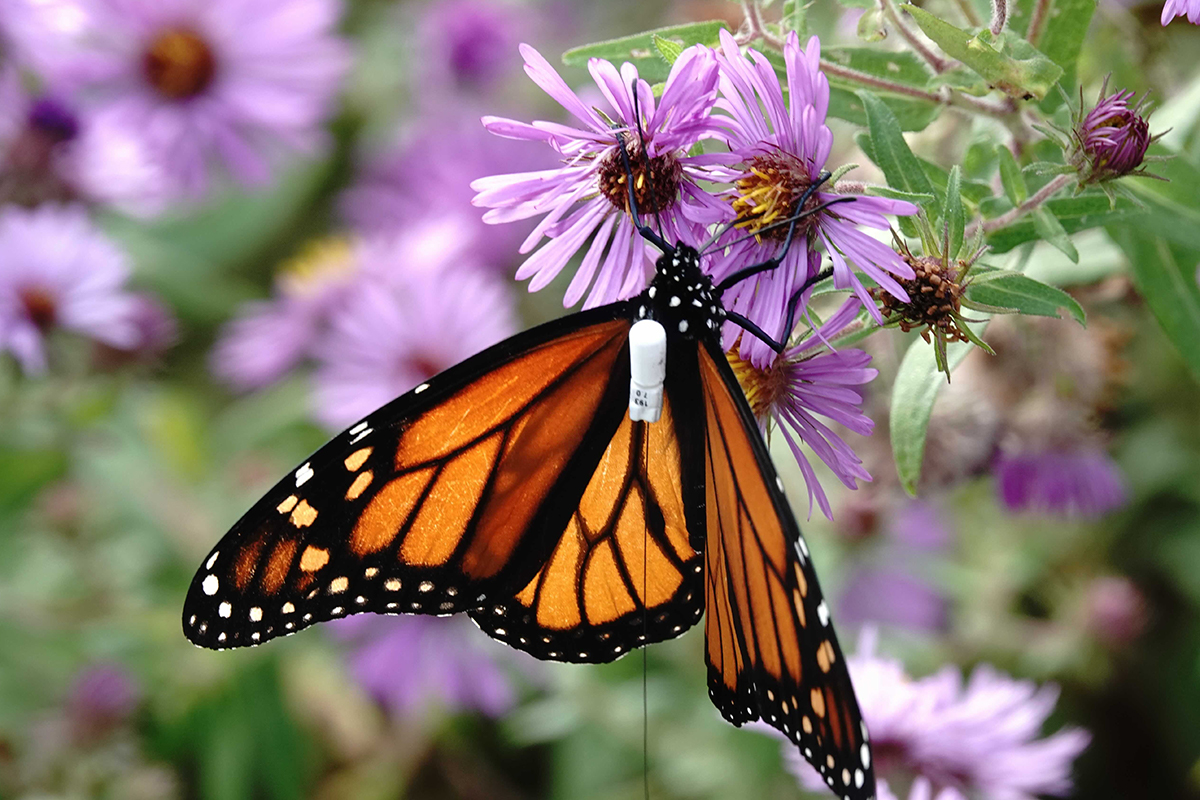 How you can help species at risk

The monitoring data collected by Birds Canada volunteers are important to the assessment process, as these data add to our understanding of how bird populations are faring. The COSEWIC Birds Specialist Subcommittee, which assess bird population status in detail and provides status recommendations to the main COSEWIC body, often relies on data from the Breeding Bird Survey, Christmas Bird Count, Breeding Bird Atlases, and surveys tailored to specific species groups or habitats. Birds Canada staff feed Canadian information into the IUCN process via Globally Threatened Bird Forums and other channels.