By Ellen Jakubowski, Communications Specialist, Bird Studies Canada
For birds in Saskatchewan, the breeding season is winding down as fall migration picks up speed. Likewise, the hardworking staff and volunteers involved in the Saskatchewan Breeding Bird Atlas are wrapping up the project’s third out of five field seasons. Since the Atlas began, 226 people have contributed over 14,000 checklists, reporting observations of 268 bird species breeding in the province!
Breeding bird atlas projects are important – not only because they provide data on a region’s bird population that can be used to inform effective conservation decisions, but also because they bring people together. A finished breeding bird atlas is an incredibly useful resource, and an engaged and close-knit group of champions for birds is no less valuable of an outcome. The Saskatchewan Atlas has been fostering connections in so many ways – building bridges within birding and conservation circles and to others in the province who live alongside the birds.

The volunteer Regional Coordinators are pillars of this Atlas community. These dedicated individuals have stepped up to the plate to oversee volunteer atlassers and the data collection effort for their respective regions. Here are some of the reasons why the Atlas is a passion project for them:
“The Atlas is important to me because it is a tool to help protect and conserve birds in Saskatchewan … I also think the Atlas is important because it allows everyone who is interested in birds, and not just scientists, to directly aid in their conservation.” – Sarah Ludlow, Regional Coordinator for Region 14 – Whitesand
“The Atlas project is an opportunity to use and further develop my birding skills and to contribute to our understanding of the distribution and abundance of breeding birds in Saskatchewan … It will also expand the birding community through training initiatives that develop skills and simply by introducing birders to each other.” – John Patterson, Regional Coordinator for Region 10 – Brightwater
“The Atlas has provided me with motivation to tune-up my ear-birding skills, and it’s encouraged me to take my kids out to play outdoors where I can make atlas checklists. Through volunteering with the Atlas, I’ve met people in my community and across the province that are as interested as I am in conservation of wildlife and wild places.” – Krista Ellingson, Regional Coordinator for Region 6 – Lake Diefenbaker
In June of 2018, Chris Harris (Regional Coordinator for Wascana, Region 7) welcomed a class of Grade Five students into the atlassing fold through a hands-on workshop. Madame Roy’s class at École W. S. Hawrylak School in Regina learned about bird breeding and ID at an in-class session, and then collected Atlas data at a local conservation area. With this spark of inspiration lit, perhaps some of these Citizen Scientists will take on a leading role in the next installment of the Saskatchewan Atlas!
Earlier this summer, a team of Bird Studies Canada staff surveyed a remote part of northern Saskatchewan’s Boreal region. If you subscribe to BirdWatch Canada magazine, look for a feature by Pete Davidson in the upcoming Fall issue about this expedition and the people who offered important help and hospitality along the way.
Two years of the data collection phase of the Saskatchewan Atlas remain. If you’d like to join the Atlas community, please visit sk.birdatlas.ca or email LeeAnn at skatlas@birdscanada.org.
The Saskatchewan Breeding Bird Atlas is the result of a partnership between Bird Studies Canada, Environment and Climate Change Canada, Saskatchewan Ministry of Environment, the Nature Conservancy of Canada, Nature Saskatchewan, and the Saskatchewan Wildlife Federation. We thank all of our supporters for their important financial and in-kind contributions, which include Environment and Climate Change Canada, the Provincial government, SaskPower, Orano, Wildlife Habitat Canada, Weyerhaeuser, Tolko, SaskEnergy, Mosaic, and Cameco. 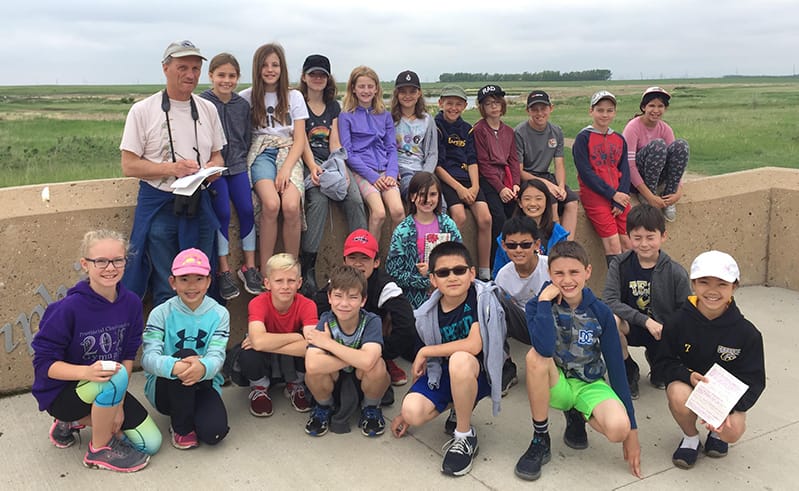