You Can Help Protect BC’s Fraser Delta for Western Sandpipers 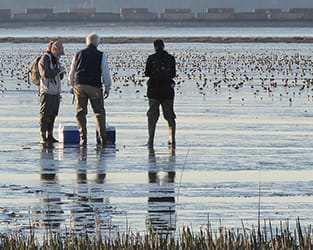 In early April, I had the chance to spend a morning collecting mud samples from the Fraser Estuary while surrounded by thousands of Western Sandpipers. Just over a month later, I and others were at the Roberts Bank Terminal 2 public hearings explaining to the Review Panel just how important that mud – or more precisely, the biofilm growing on the mud – is to the world’s population of these shorebirds.
The Fraser Delta is Canada’s single most important piece of bird habitat along the Pacific Flyway, and has been designated as an Important Bird and Biodiversity Area. It also supports one of the largest salmon runs in the world. However, we are currently on a path to destroy the balance of this critical ecosystem. The impacts of this would reach far beyond the loss of wildlife species. If we want to change course and preserve the Delta, the time to speak up is now.

Roberts Bank Terminal 2 would be a step in the wrong direction
The proposed Roberts Bank Terminal 2 project is a container terminal that would sit in the middle of the Estuary. At the Federal review of the project we learned from Environment and Climate Change Canada (ECCC) scientists that approximately 50% of the world’s population of Western Sandpipers rely on Roberts Bank to refuel on their annual migration. Because of the unique characteristics of the primary food source for Western Sandpiper at Roberts Bank – biofilm – ECCC scientists have concluded that “Project-induced changes to Roberts Bank constitute an unmitigatable species-level risk to Western Sandpipers, and shorebirds more generally.” Unless we act now, this proposed project is just one example of the many threats that will face the Fraser Estuary. 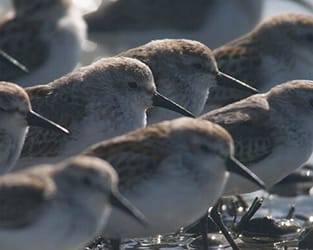 Please help Western Sandpipers and other shorebirds by signing the Preserve Our Living Delta petition.

With your support, Bird Studies Canada is taking action
The outcome of our participation at the Roberts Bank Terminal 2 public hearings is not yet known. The Review Panel will be releasing recommendations by the end of the summer on whether to proceed or not with the Roberts Bank Terminal 2 project. Meanwhile, in partnership with Nature Canada and BC Nature, Bird Studies Canada has embarked on a campaign to secure a formal Fraser Estuary Restoration and Management Plan. This plan addresses how to maintain the health and function of this globally-significant Important Bird and Biodiversity Area prior to approving any more major industrial projects.
We need your help to convince our government that the Fraser Estuary is too important to be lost to further industrial development. Bird Studies Canada, BC Nature, and Nature Canada have launched a petition asking for government to implement a Fraser Estuary Restoration and Management Plan. Add your voice as one of the concerned Canadians calling for the Federal Government to halt this proposed project. 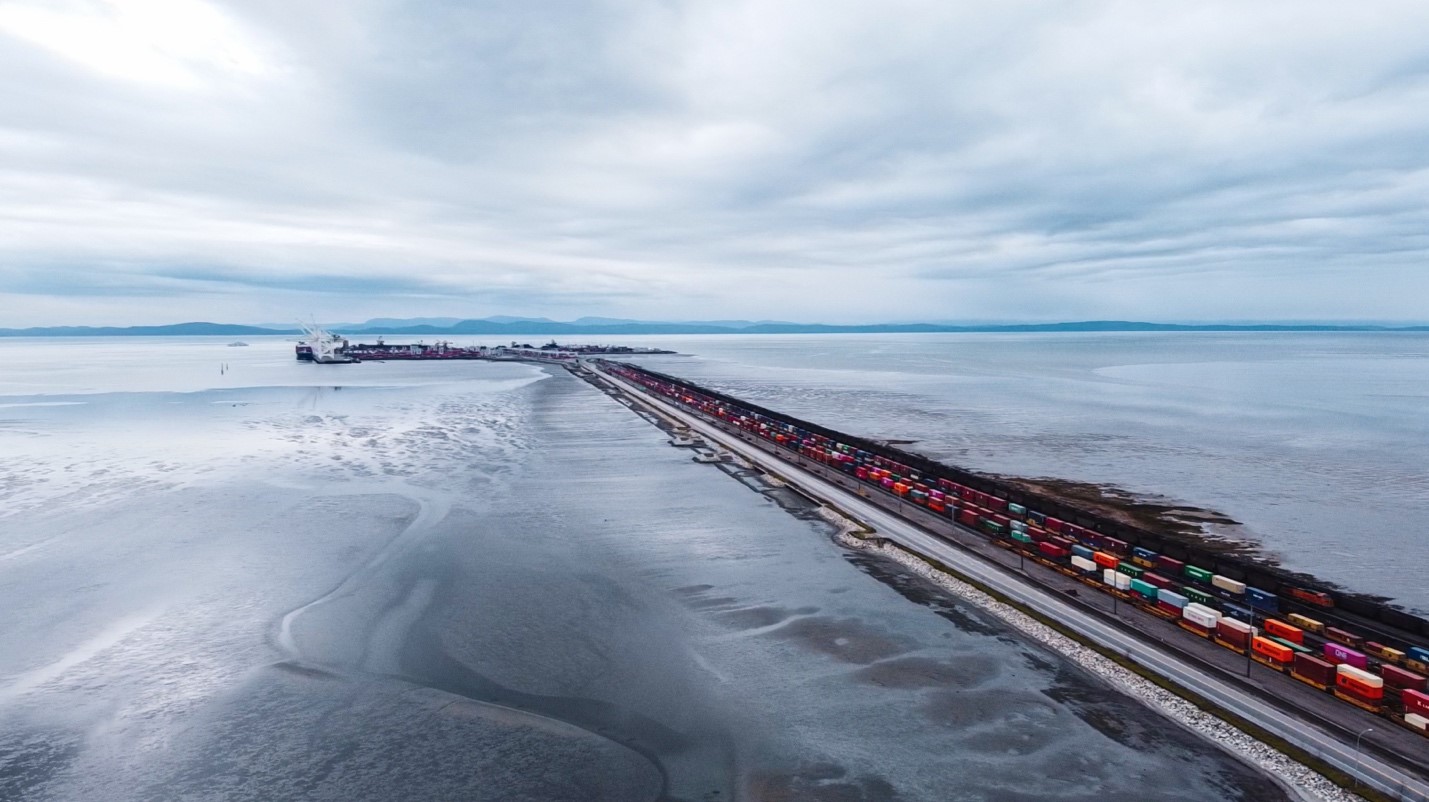