What Would You Like Most from Bird Studies Canada in Your Region? 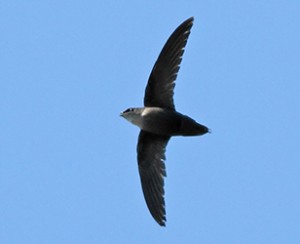 “I’m worried about insect-eating birds, like swifts and swallows,” long-time Bird Studies Canada supporter Henry told me when I met him in New Brunswick this spring. At over 90 years of age, Henry remains strongly committed to birds and nature. As you might imagine, he was delighted when we told him in August that Chimney Swifts were using his home’s chimney, the first swift nesting known in his area for decades! Henry happily committed to keeping his chimney secure for the swifts, and another victory for birds was won by a dedicated supporter.
Chimney Swifts are a favourite species of mine, and of many birders. Roger Tory Peterson described these aerial acrobats as “cigars with wings.” You may have heard that swifts are declining across North America at an alarming rate. Their numbers have dropped by nearly 30% in just 14 years. But it gives me great hope to know that our staff, community partners, and supporters are sparking action across the Canadian range to monitor swifts and save the chimneys so vital to their roosting and nesting. In 2015 alone: 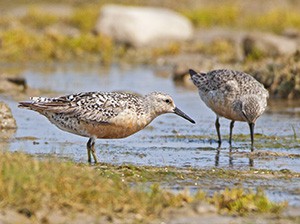 We are proud of our accomplishments. But more needs to be done to stop the decline of swifts, and we are asking for your support today. New laws and regulations, for example in Ontario, are tightening use of insecticides which may be threatening swifts, swallows, and other insect-eating birds. And through our strong global BirdLife network, Bird Studies Canada has partners on the ground throughout Latin America who are helping with conservation of ‘our’ Canadian migratory birds, when they become ‘their’ birds during our northern winter.
You can be assured that where birds are at risk, we put experts in the field to reveal the trends and causes for declines. We don’t know all we need to know about birds. At Bird Studies Canada, we are pioneers in vital conservation science and research from coast to coast to coast. What is your greatest concern for the birds where you live?
In British Columbia, on islands off the Pacific Coast, we are helping prepare for the safe and effective elimination of rats. These invasive predators have depleted ground-nesting seabird colonies, where eggs and young are so vulnerable to attack. In Saskatchewan, our biologists have deployed automatic listening devices in prairie marshlands to enhance our efforts to find and study Yellow Rails, one of Canada’s least known and most cryptic bird species. 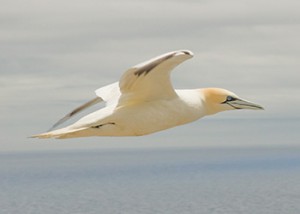 Off the Maritime provinces, we are assessing risks to vulnerable seabirds, such as the Northern Gannet, a species hit so hard by the Gulf oil spill in 2010. In the Arctic, we are tracking declining shorebirds, like the endangered Red Knot, with state-of-the-art devices that are revealing fascinating secrets of migration speeds and routes to and from Canada. And to extend our work, we have partnerships with universities and government wildlife agencies across the country to focus Canada’s best minds on the most urgent bird conservation issues.
The year-end gift you make today ensures we can address the conservation issue most important to you.
Sometimes, our experts in the field are volunteers, too. Perhaps, like me, in addition to your financial contributions, you also support birds by volunteering your time. Reflecting on my first year as president of Bird Studies Canada, I am most proud of our 40,000 Citizen Science volunteers – are you one? In breeding bird atlases and surveys, in Project FeederWatch and the Canadian Lakes Loon Survey, in Christmas Bird Counts and through eBird, you and fellow birders are providing more critical information than all government and business staff across the country combined. And if you register your daily sightings on eBird Canada, the simple web-based checklist program, you not only keep your backyard and life lists, but also contribute to the tracking of common and rare bird populations.
Who are the amazing volunteer Citizen Scientists helping us better understand and save birds? They are people like Verna in Nova Scotia, who, in her spare time, counts Piping Plovers nesting on beaches and encourages dog-walkers to keep their pets leashed. Marie-France in Québec, who loves to monitor Common Loons and their young at her cottage. Carol  in Ontario, who happily heads out into the night to complete her owl survey route. And Rob in B.C., who counted thousands of birds for the province’s first-ever breeding bird atlas. The legions of volunteer counters of Chimney Swifts are Citizen Scientists, too, pointing the way to previously unknown roosts, like Henry’s in New Brunswick, and prompting chimney preservation victories like those in Nova Scotia and Manitoba.
I am truly inspired by the thousands of supporters and volunteers, like you, who have stepped up to take action for birds. We remain grateful and motivated to set ambitious, but achievable, goals for the bird conservation issues important to you. The donation you make today gives the birds we all love a louder voice, and ensures we continue to succeed as Canada’s national charity for bird research, Citizen Science, education, and conservation. Click here to make your gift for birds today!
Thank you for making this important work possible! 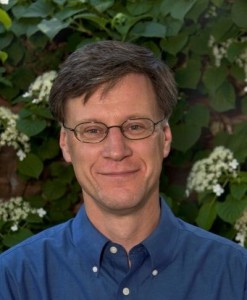