To mark the 20-year anniversary of the British Columbia Coastal Waterbird Survey and celebrate the contributions of its volunteers, our team recently published an in-depth analysis of this impressive Citizen Science dataset in the journal Avian Conservation and Ecology. The results have important implications for the conservation of birds and habitats along BC’s coasts.

Birds Canada began the British Columbia Coastal Waterbird Survey in 1999. The goal of the survey is to collect baseline information on the status and trends of waterbirds, and investigate the impacts of natural and human-induced environmental changes on their populations. The combination of mild winters and nutrient-laden oceans and freshwaters make British Columbia’s coastlines among the richest overwintering habitats for birds in the temperate world. Between September and April, many species of ducks, geese, loons, grebes, gulls, and seabirds congregate in the coastal waters, and Arctic-breeding shorebirds like Dunlin flock to the coastal mudflats in huge numbers. The southern coastline also supports Canada’s third largest human population, with Metro Vancouver being Canada’s most heavily urbanized coastal region.

Since the Coastal Waterbird Survey began two decades ago, approximately 1600 volunteers have contributed an estimated 50,000 hours to monitoring these bird populations throughout the winter. Their efforts have created one of the largest and most detailed monitoring datasets in British Columbia.

For this monitoring milestone, we analyzed – for the first time – the entire dataset (previous analyses were restricted to the Salish Sea region). Dr. Danielle Ethier, the study’s lead author, led the number-crunching. She analyzed population trends for 50 species and examined differences among groups called “guilds”, which group together bird species with similar dietary requirements and migration strategies. We organized the species in this way to help tease out which factors are affecting bird populations. We also split the dataset into two regions: the Salish Sea (inner), and the Pacific Ocean (outer) coasts to allow us to see differences between the two regions in terms of how guilds responded to changes in their environment. What are the take-home messages? For 12 of the Salish Sea species we studied, the population has declined or the species is overwintering in lower numbers compared to 20 years ago. The same was true for just 3 species on the Pacific Ocean coast. For the first time in the region, our study reveals that species feeding on aquatic invertebrates in the benthos (the rocks, sand, or mud along the coast that are always underwater, or that get covered when the tide is high) are the ones that appear to be declining the most. This group includes the Surf, White-winged, and Black scoters; Long-tailed Duck; Black Turnstone; and Dunlin. Previously, fish-eating species have been shown to be at highest risk of declines or distribution shifts (Note: our study confirms that fish-eaters are still declining.). This new finding highlights the need to investigate how human activities are impacting the quality of the benthic environment in the Salish Sea.

The good news emerging from our work is that populations appear “stable” for most species: 36 out of 50 species in the Salish Sea, and 32 out of 37 on Pacific Ocean coasts. These stable trends include 14 species for which the BC coast plays an important role in supporting a “significant” (according to internationally standardized benchmarks) portion of the global population. However, an additional seven species with globally significant numbers in BC showed declines in the Salish Sea.

We will share our results with relevant managers at all levels of government and with our collaborators in bird conservation, including our partners in neighboring Puget Sound, Washington. This will add to the body of work demonstrating the need for Canada to show stronger environmental leadership in the region, such as this study calling for greater investment and strong co-governance of the Fraser River Estuary. We want to ensure the work of the Coastal Waterbird Survey’s incredible volunteers goes as far as possible for conservation.

If you’d like to take a deeper dive into the results of our study, you can read the full paper here. Or, you can watch a presentation by the authors and listen to the volunteers’ feedback and ideas, in this webinar.

If you are interested in joining the Coastal Waterbird Survey, please learn more about it here and reach out to the coordinator (Graham Sorenson – BCvolunteer@birdscanada.org). 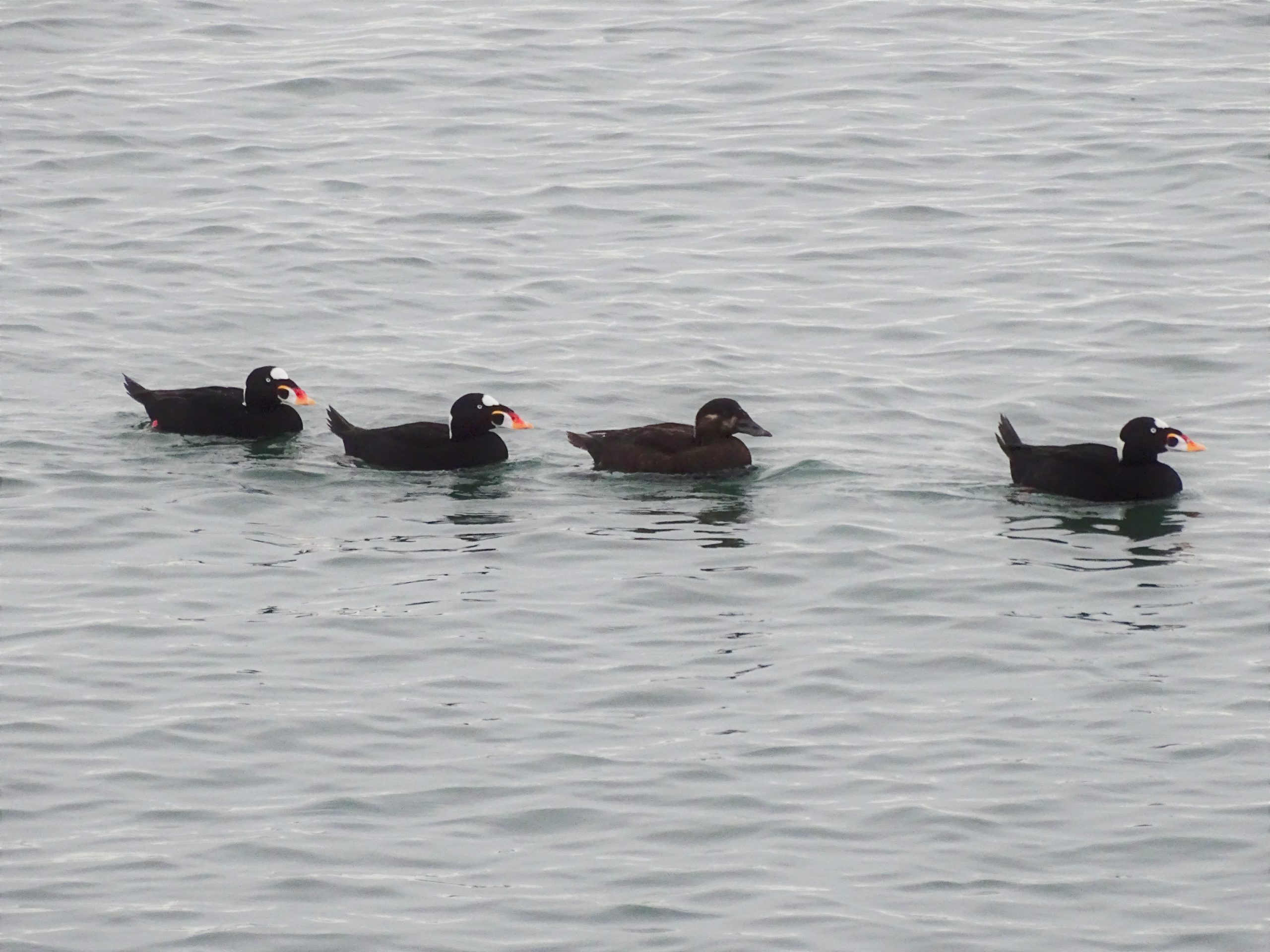