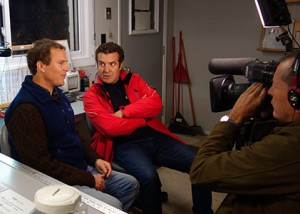 The Long Point region, in Norfolk County in southwestern Ontario, is home to the national headquarters of Bird Studies Canada. Long Point is one of our country’s greatest birdwatching destinations, and is a key North American stopover site for migratory birds. The area includes a UNESCO World Biosphere Reserve, a Ramsar Wetland of International Importance, the Big Creek National Wildlife Area, and two globally significant Important Bird Areas: the Norfolk Forest Complex and Long Point.
About 400 bird species have been recorded here, and more than 175 of them have nested in this area. The Long Point peninsula extends nearly 40 km into Lake Erie, making it the world’s longest freshwater sandspit. It attracts staggering numbers of migrating birds each year.
So it’s no surprise the prominent satirist, author, and television personality Rick Mercer wanted to pay us a visit. Rick and a road crew of three (a field producer, an associate producer, and a camera operator) joined us in Port Rowan and Long Point on October 25 and 26, 2015 to learn about birds and conservation. 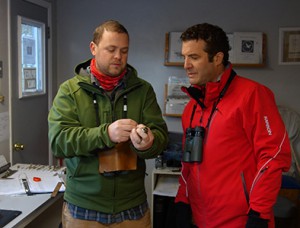 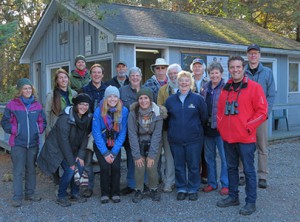 From our origins at LPBO, which we still operate as one of our flagship programs, Bird Studies Canada grew over time to become Canada’s national charity for bird research and conservation. We now have more than 50 full-time staff, and we operate offices and programs across the country. About 40,000 volunteers participate in our Citizen Science programs each year.
Our President, Steven Price, was very pleased to have the opportunity to chat with Rick and his crew about why birds matter, their value as indicators of environmental health, and Bird Studies Canada’s role in conserving birds and their habitats.
Birdwatching is one of North America’s most popular hobbies. The Canadian Wildlife Service estimates there are 4.8 million birdwatchers in Canada. We hope that Rick Mercer now considers himself one of us – and that watching his program will motivate even more newcomers to discover the amazing world of birds! 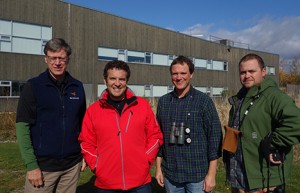