New York, NY, Ithaca, NY, and Port Rowan, ON – Give Mother Nature a valentine this year and show how much you care about birds by counting them for the Great Backyard Bird Count (GBBC). The 18th annual count is taking place February 13 through 16.
Anyone anywhere in the world can count birds for at least 15 minutes on one or more days of the count and enter their sightings at www.BirdCount.org. The information gathered by tens of thousands of volunteers helps track changes in bird populations on a massive scale. The GBBC is a joint project of the Cornell Lab of Ornithology and the National Audubon Society with partner Birds Canada. 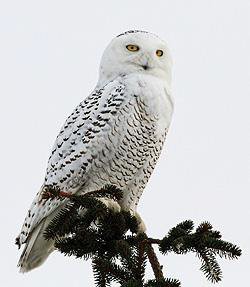 Birdwatchers fell in love with the magnificent Snowy Owl during the last count when the birds were reported in unprecedented numbers across southeastern Canada, the Great Lakes states, the Northeast, and down the Atlantic Coast. Expect Snowy Owls to show up in higher numbers during this year’s GBBC, too.
“It’s called an ‘echo flight,’ explains Marshall Iliff, eBird Project Leader at the Cornell Lab of Ornithology. “After a huge irruption like we had last winter, the following year often yields higher-than-usual numbers as well. The abundance of lemmings that produced last year’s Snowy Owl irruption likely continued or emerged in new areas of eastern Canada, more owls may have stayed east after last year’s irruption, and some of last year’s birds that came south are returning.”
“This may also be a big year for finches,” notes Audubon Chief Scientist Gary Langham. “GBBC participants in North America should be on the lookout for larger numbers of Pine Siskins and redpolls. These birds also push farther south when pine cone seed crops fail in the far north of Canada.” 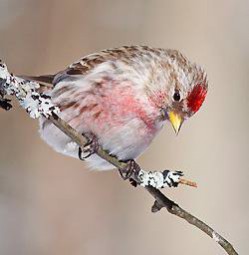 Birdwatchers from 135 countries participated in the 2014 count, documenting nearly 4300 species on more than 144,000 bird checklists. In addition to the U.S. and Canada, India, Australia and Mexico led the way with the greatest numbers of checklists submitted.
“We especially want to encourage people to share their love of birds and birdwatching with someone new this year,” says Dick Cannings of Birds Canada. “Take your sweetheart, a child, a neighbour, or a co-worker with you while you count birds for the GBBC. Share your passion and you may fledge a brand new birdwatcher!”
The Great Backyard Bird Count is a great way for people of all ages and backgrounds to connect with nature and show some love for the birds this Valentine’s Day. Participation is free and easy. To learn more about how to join the count, download instructions, a slide show, web buttons, and other materials, visit www.birdcount.org. While you’re there, get inspired by the winning photos from the 2014 GBBC photo contest.
The Great Backyard Bird Count is made possible in part by sponsor Wild Birds Unlimited.
Contacts:
Dick Cannings, Birds Canada, (250) 493-3393 (West Coast time), dcannings@birdscanada.org
Agatha Szczepaniak, Audubon, (212) 979-3197, aszczepaniak@audubon.org
Pat Leonard, Cornell Lab of Ornithology, (607) 254-2137, pel27@cornell.edu; contact for photos