The smallest of our swallows, the Bank Swallow, is one of the most widespread birds throughout the world, occurring on all the continents except Australia and Antarctica. It belongs to a guild of birds known as “Aerial Insectivores,” meaning it eats mostly insects caught in flight. Aerial Insectivores as a group are experiencing steep population declines across North America.

In Canada, the Bank Swallow has declined by 98% over the past 40 years, triggering a federal “Threatened” listing in 2017 under Canada’s Species at Risk Act. It is likely that many threats are contributing to Bank Swallow declines, including loss of breeding and foraging habitat through: erosion control and flood control, excavation of gravel and sand from pits and quarries, conversion of pastureland, and afforestation (planting trees in an area that previously wasn’t forested). Climate change and widespread pesticide use may also impact survival and food availability. 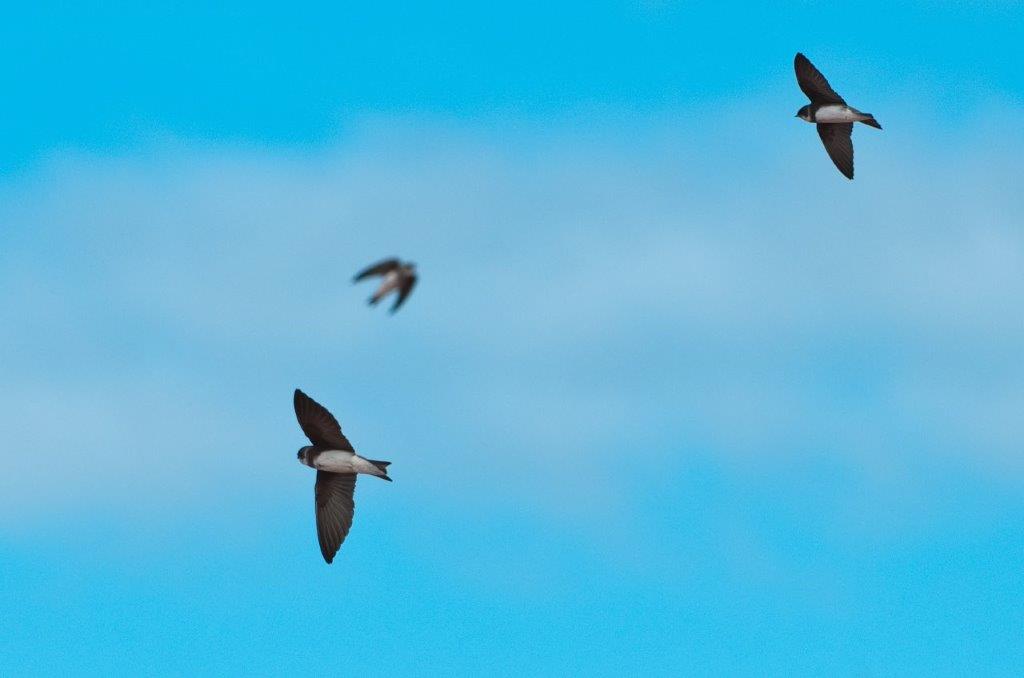 Atlantic Canada is now also recognizing the decline of this species, with New Brunswick’s Committee on the Status of Species at Risk recently recommending that the Bank Swallow be provincially classified as Endangered.

Last winter, Birds Canada reached out to governments and non-government organizations already working to protect and conserve Bank Swallow populations. Our aim was to strike a formal working group tasked with developing a Bank Swallow conservation strategy for the region. Led by Birds Canada, the Atlantic Canada Bank Swallow Working Group is collaborating to develop and implement priority strategies to recover Bank Swallow populations in this region. It is also working closely with policy-makers, industry stakeholders, and other relevant partners to promote the protection of this Threatened species.

Bank Swallows may arrive to their breeding grounds as early as mid-April and depart by late August. They nest in colonies that can range from several pairs to a few thousand pairs, digging burrows into the dry, sandy substrate of near vertical banks. These suitable sites may be used for years. Eggs are laid in a nest of feathers, grass, and other natural materials, and both parents incubate the eggs for about 14 days. After hatching, the young are fed by both parents and are ready to leave the nest when they are 18-22 days old. Once they have left the nest, the young will remain with their parents, close to the nest site, for about a week. Before departing for their wintering grounds, Bank Swallows gather in large flocks and will use wetlands as roost sites to rest and build up energy reserves for the long flight south. 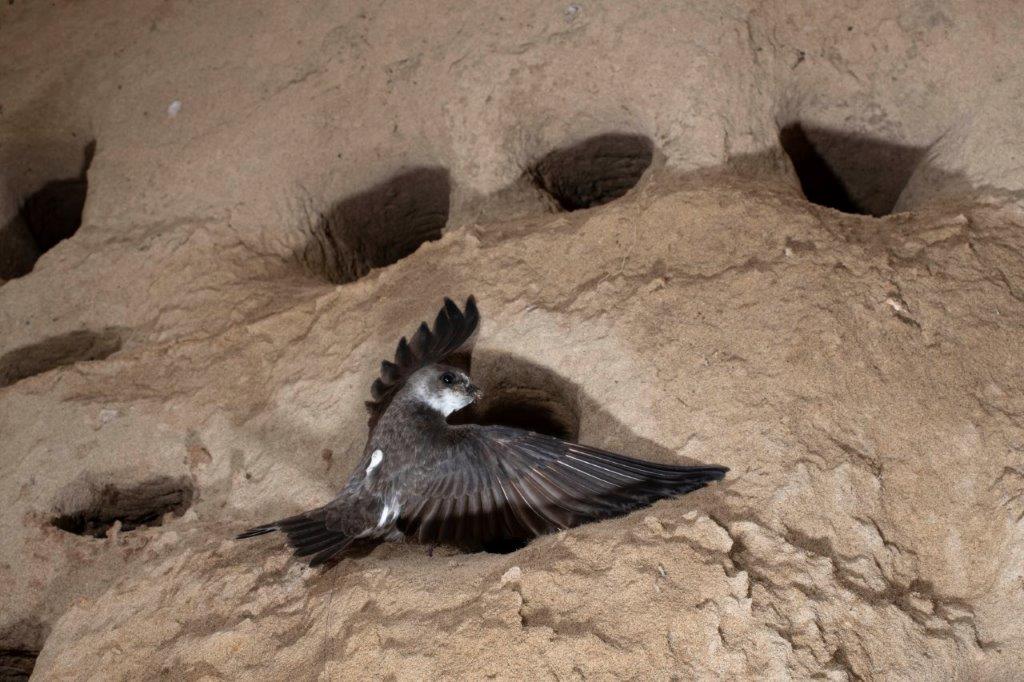 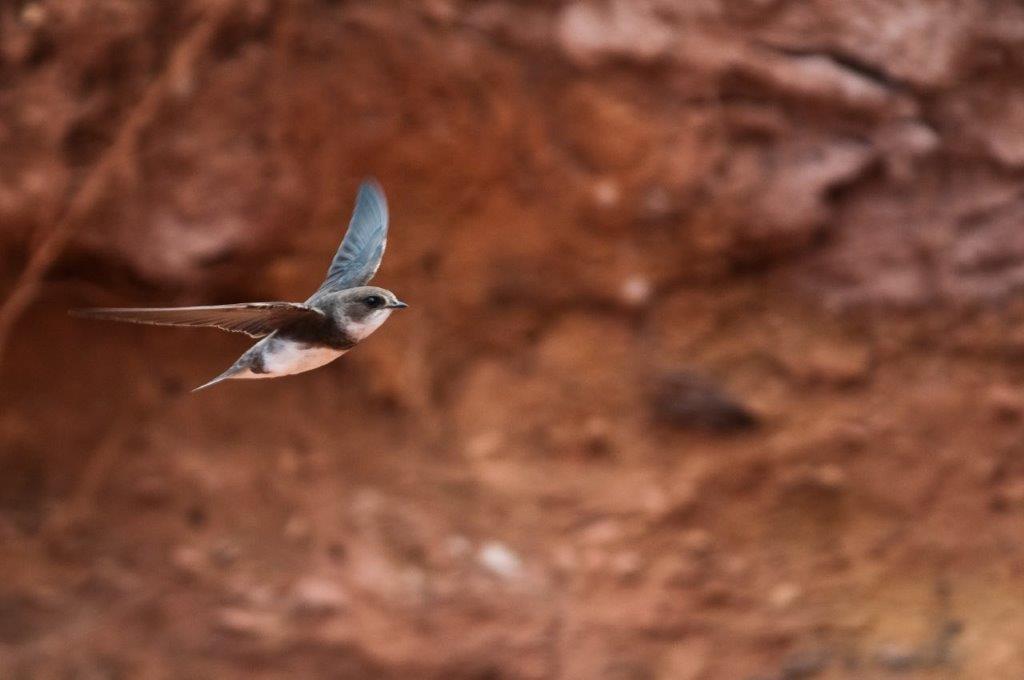 Where to look: Boaters and cottage owners are probably familiar with the characteristic rows of nest holes that Bank Swallows create in eroding coastal bluffs and cliffs. Look and listen for Bank Swallows foraging for insects over open farmland and wetlands, and busy flocks coming and going from nesting colonies along rivers, lake systems, coastal banks, and even human-made aggregate pits and quarries that have suitable nesting banks.

What to look for: A small, brownish swallow with a white chin and belly and a thick brown band across the chest. The undersides of the wings are dark, and the tail is slightly forked.

How you can help: