Some of the best tools we have for gauging the health of Earth’s biodiversity are extinction risk listings. Nationally, we have the Canadian Species at Risk Act (SARA), which is based on assessments by the Committee on the Status of Endangered Wildlife in Canada (COSEWIC). Globally, extinction risk to all bird species is assessed by BirdLife International, the official Red List Authority for birds for The IUCN Red List of Threatened Species™. The two approaches use similar methods, but it is not unusual to see listing differences between the two, because COSEWIC assesses species’ status solely within Canada. Discrepancies are often noticeable in cases where Canada constitutes only a small portion of a species’ global range. Birds Canada volunteers are important contributors to this process, collecting bird monitoring data that adds to the understanding of how bird populations are faring. Birds Canada staff feed Canadian information into the IUCN process via Globally Threatened Bird Forums and other channels.

Late last year, COSEWIC reassessed the status of five bird species (note, the definition of “species” under SARA includes species, subspecies, or geographically or genetically distinct populations). Review of status is a legal requirement every 10 years or so for all species already listed under SARA. The Canadian ranges of the five recently-reassessed bird species are limited to the Great Plains and Great Basin. Thus the status of these birds reflects the health of the Prairie habitats that these birds depend upon. All five species remain in the same categories: two are Extirpated (no longer occurring in Canada), and three are Endangered. Unfortunately, these species are showing little or no progress towards population recovery.

The two Extirpated birds are the phaios subspecies of the Greater Sage-Grouse (Centrocercus urophasianus) and the Greater Prairie-Chicken (Tympanuchus cupido pinnatus), which were last seen in Canada in the 1960s and 1980s respectively. Both are declining in the U.S. states bordering Canada, making it unlikely that a population will re-establish in Canada as a result of birds moving north from the U.S. 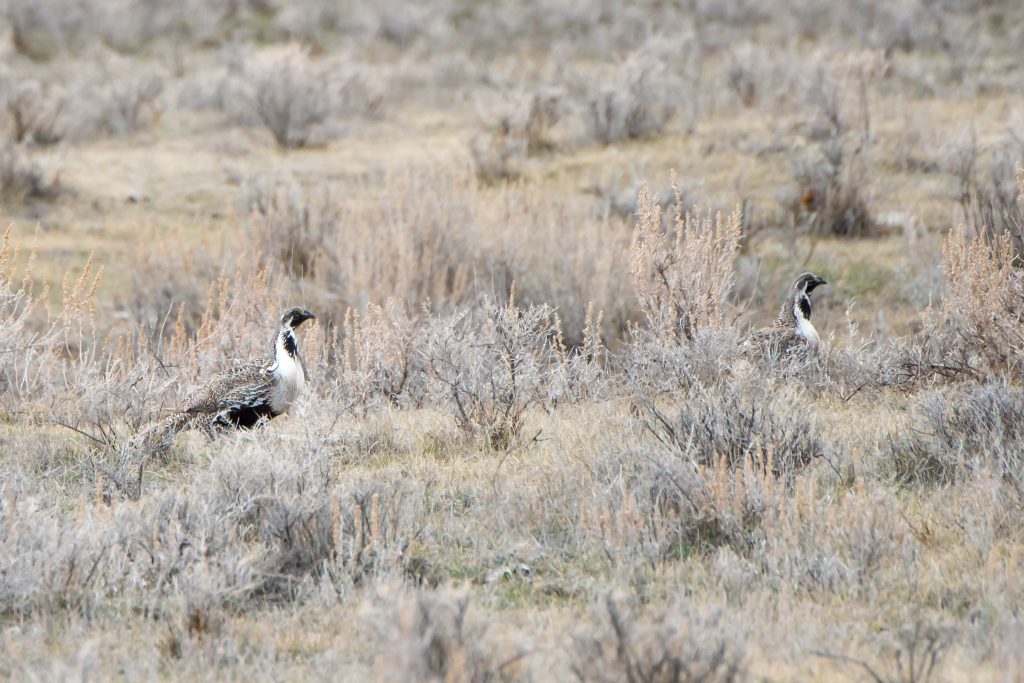 The three Endangered species are the urophasianus subspecies of the Greater Sage-Grouse, the Sage Thrasher (Oreoscoptes montanus), and the Mountain Plover (Charadrius montanus).

The Sage-Grouse is restricted in Canada to sagebrush-dominated landscapes straddling the Alberta-Saskatchewan border, where there are currently estimated to be between 120 and 200 mature individuals. This estimate is slightly higher than a previous estimate in 2012, suggesting that recovery efforts underway since 2014 may provide cautious cause for optimism. 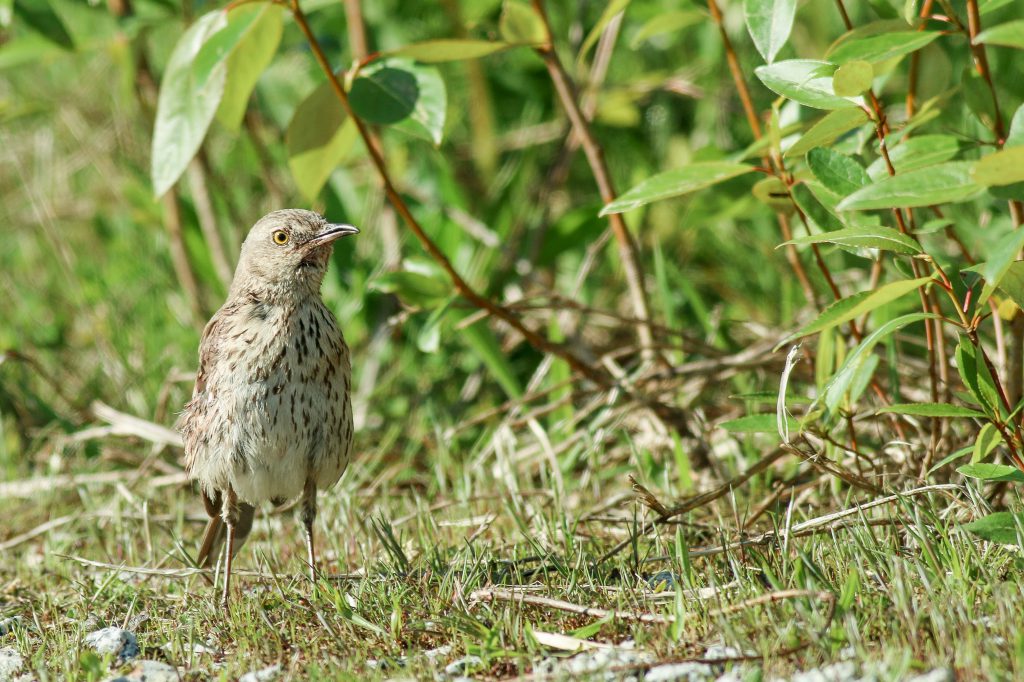 The Sage Thrasher is also closely associated with sagebrush landscapes. Its numbers and distribution appear to have been stable over the past decade, although the population is very small (7-36 individuals).

The Mountain Plover is a shortgrass prairie specialist that has become very rare in Canada. No observations have been reported since 2012, although there may be small numbers of them living in areas that have not been well surveyed.

Habitat loss and degradation is the primary threat to all three Endangered species. In addition, effects of climate change on their habitats are concerns for at least the thrasher and the plover.

Globally, the IUCN Red List status changed in 2021 for only one Canadian bird species, the Razorbill (Alca torda). Most of the global population of this island- and cliff-nesting seabird breeds in Europe, but a small proportion breed and winter in Atlantic Canada. It was previously considered Near-threatened, but has been re-evaluated as Least Concern, apparently not because of a genuine improvement in its population status, but because new information has made it possible to assess its status more accurately. The total number of Threatened bird species globally has dropped to 1445: the lowest number since 2015, and 36 species fewer than in 2020. For more information on bird updates to the IUCN Red List, see this summary from BirdLife International. 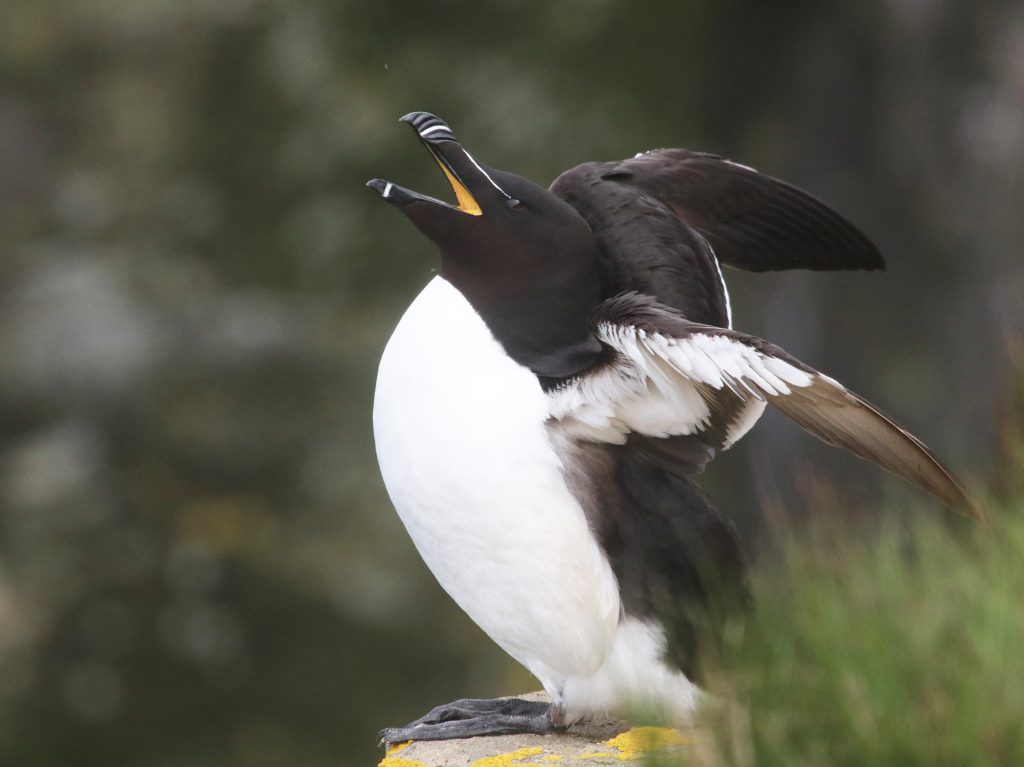