At a virtual meeting in November 2020, the Committee on the Status of Endangered Wildlife in Canada (COSEWIC) assessed the status of 40 wildlife species or discrete populations within species, including four species of birds (see below).

COSEWIC is an independent advisory panel to the Minister of Environment and Climate Change Canada. COSEWIC assesses the status of wildlife species and makes recommendations, which the government considers in determining which species receive legal protection under Canada’s Species at Risk Act. For more information on this process, please see this post by former Director of National Programs for Birds Canada, Jon McCracken. 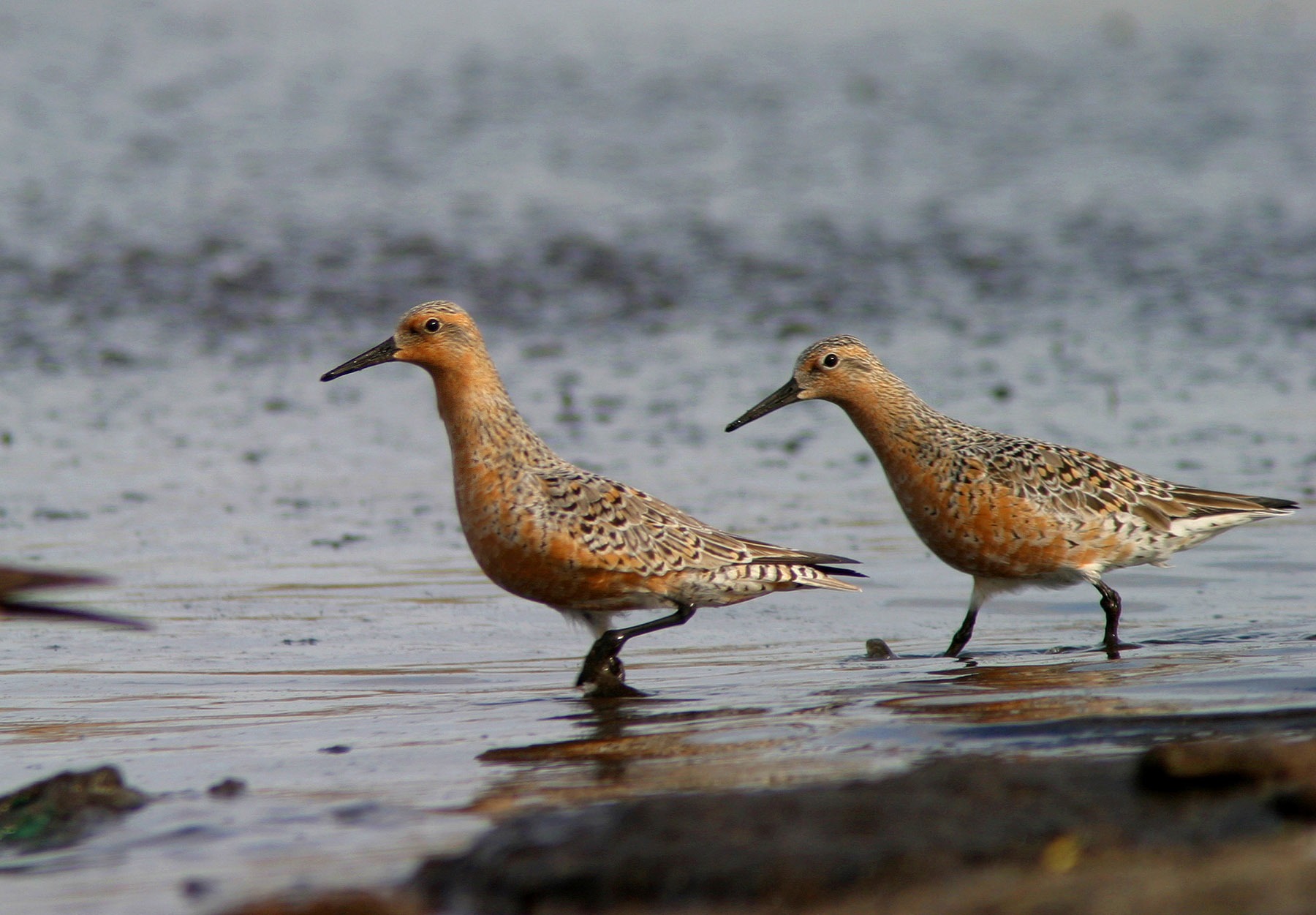 A flagship for shorebird conservation, the Red Knot is exposed to threats throughout the year as it undertakes round-trip migrations of up to 30,000 km annually. Changes in the way Red Knots are classified led COSEWIC to assess the status of five separate populations in 2020, compared to three back in 2007.

When they congregate at migration stopovers or on their wintering grounds, these medium-sized shorebirds are exposed to disturbance from recreational activities, competition for food resources, and coastal habitat degradation. Risks from severe weather during long trans-oceanic migratory flights are likely to increase with changing climates.

The islandica subspecies forms the largest Red Knot population, with over 128,000 adults. It breeds in the Canadian High Arctic and migrates across the North Atlantic to overwinter in coastal Europe. As winter surveys indicate that previous population declines have stopped and former threats from shellfish harvesting are much reduced, COSEWIC updated the status of this subspecies from Special Concern to Not at Risk.

The roselaari subspecies of Red Knot nests in Alaska and the eastern Russian Arctic, overwintering on the Pacific coast of the Americas. Most of the global population of about 22,000 adults likely migrates through Canadian airspace, although only small numbers are seen annually in coastal British Columbia. Deteriorating habitat quality, and surveys showing severe fall and winter declines in the U.S. of 39-64% over three generations, prompted COSEWIC to assess the status of roselaari as Endangered.

COSEWIC assessed the status of three distinct populations of the rufa subspecies which breed in Arctic Canada separately, as they overwinter in distinctly different areas where they are subject to different local threats. All are exposed to similar threats on migration along the eastern coast of North America, including harvesting of Horseshoe Crabs (whose eggs are an essential food source for northbound migrants) in Delaware Bay, and disturbance and predation from increasing falcon populations.

Annual surveys confirm that the small rufa population overwintering in Tierra del Fuego (at the southernmost tip of South America) continues to decline sharply, dropping by 73% over the past three generations to about 7500 adults. Thus, COSEWIC again assessed its status as Endangered.

Numbers of rufa Red Knot that overwinter along the coasts of the southeastern U.S., Gulf of Mexico, and islands in the Caribbean are also declining steeply, at rates of about 33-84% over three generations. With only about 9300 adult birds, this population was also assessed as Endangered.

A third rufa population overwinters on the northeastern coast of South America.  Although difficult to survey, its numbers appear to be stable at about 19,800 adults. With many continuing threats to this population, it was assessed as Special Concern.

Lesser Yellowlegs breeds primarily in wooded wetlands in Canada’s Boreal Region, migrating through the U.S. and Caribbean to overwinter in South America. Substantial population declines of this delicate, medium-sized shorebird have been documented by the Breeding Bird Survey and International Shorebird Survey.

Key concerns include the loss of freshwater and intertidal habitats used on migration and in winter, and hunting for sport and subsistence. Additional emerging threats linked to climate change include increased risk of drought in breeding areas, coastal flooding, and greater severity of hurricanes during fall migration. These ongoing threats, coupled with continuing population declines, were key factors in COSEWIC’s first assessment of Lesser Yellowlegs as Threatened. 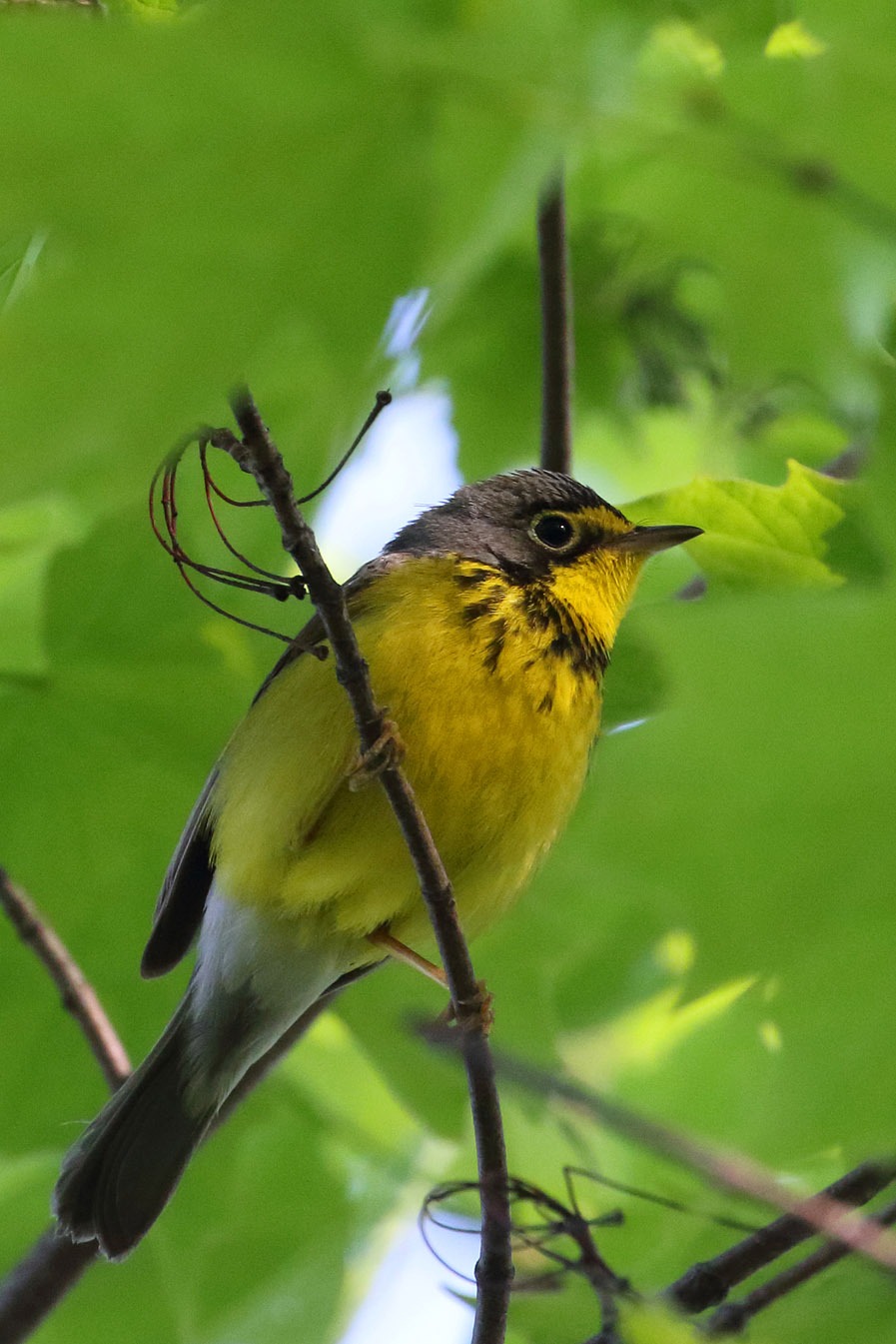 About three quarters of the world population of Canada Warbler breed in wet, mixed deciduous-coniferous forests across Boreal and southeastern Canada. This species was designated as Threatened by COSEWIC in 2007 on the basis of substantial population declines documented by the Breeding Bird Survey. However, numbers have increased steadily since 2012, with an overall growth of 46% over the past decade.

This welcome increase reflects the success of several conservation efforts, especially on its wintering grounds in the northern Andes. However, significant threats persist, most notably clearing of forests in South American wintering areas for livestock farming and other agriculture, prompting COSEWIC to designate Canada Warbler as Special Concern.

COSEWIC assessed the Atlantic population of Leach’s Storm-Petrel for the first time, recommending a status of Threatened. This small seabird spends most of the year on the open ocean. It nests in underground burrows at about 80 colonies on offshore islands in eastern Canada, including the largest in the world – Baccalieu Island in Newfoundland with almost 2 million breeding pairs. Adults often fly hundreds of kilometres to forage on tiny bioluminescent fish, leaving and returning to the colony at night to avoid predation by large gulls. They overwinter in productive waters of the equatorial Atlantic. 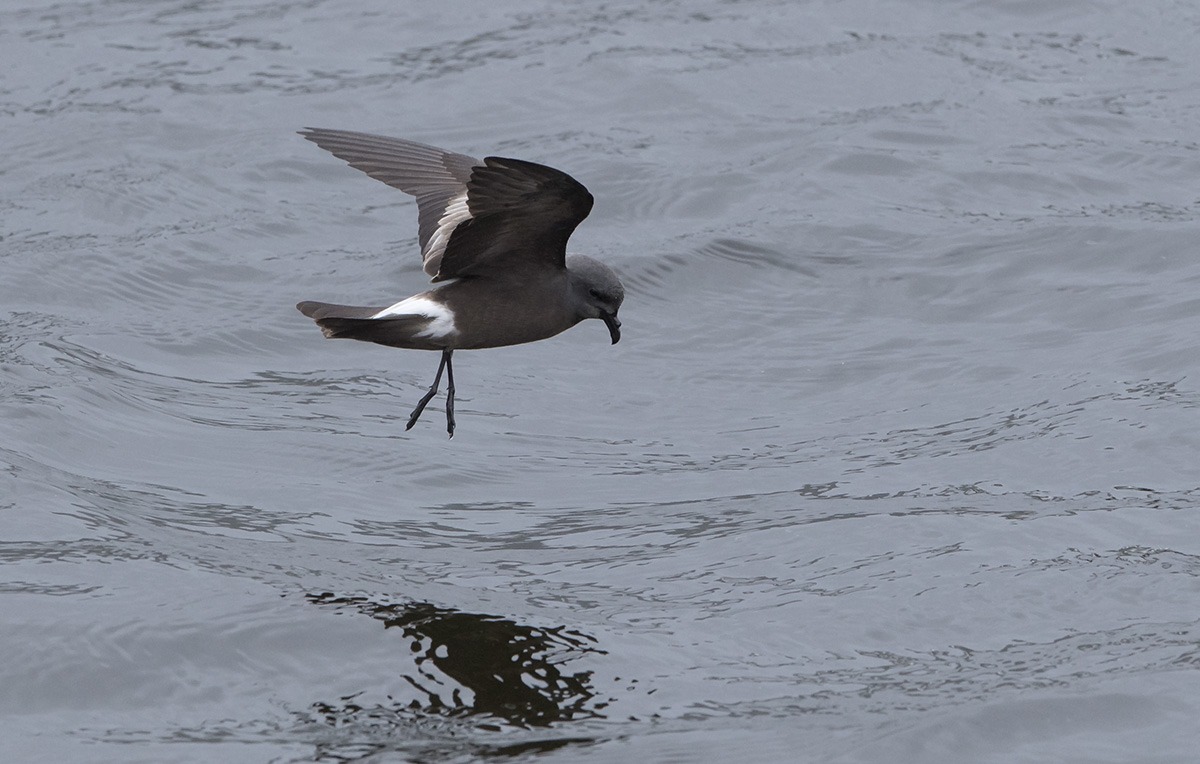 Breeding numbers have declined by about 54% over three generations (44 years), with steeper losses in recent years. Many factors are contributing to these declines, including gull predation and expanding Atlantic Puffin colonies that displace storm-petrels from preferred nesting habitat. Despite these declines, the overall population remains large and widespread, with about 5 million Leach’s Storm-Petrels breeding in Atlantic Canada.

A summary of the most recent status assessments of Canada’s wildlife can be viewed on the COSEWIC website.