Rare birds detected in Manitoba thanks to recording devices

Stan Shaddick was taking in the familiar sounds of a warm Manitoba summer night – Boreal Chorus Frogs croaking, Nelson’s and Clay-colored sparrows calling, and the occasional sound from a Sharp-tailed Grouse – when he heard something unusual. Was that what he thought it was? He’d have to rewind.

If you’re wondering how he could do that, it’s because Stan wasn’t actually in the pasture just before 1 am on a June night in 2021. It was now December 2021 and he was listening to a recording taken by an Automated Recording Unit as part of his work with Birds Canada. The recorder had been deployed during the summer of 2021 as part of Birds Canada’s Grassland Bird Monitoring program.

What Stan thought he had heard was a Common Poorwill, North America’s smallest nightjar (Nightjars are a group of mostly nocturnal, insect-eating birds.). But, Common Poorwills are typically found in shrubby, arid environments, not in the lush grasslands that we have here in Manitoba. Their range is usually restricted to dry regions of the western United States, North Dakota, and little slivers of southwestern Saskatchewan and southeastern Alberta (click here to see a range map). On top of all that, there had been only three previous unconfirmed records of Common Poorwill in Manitoba: two from the 1930s and one from 1999. 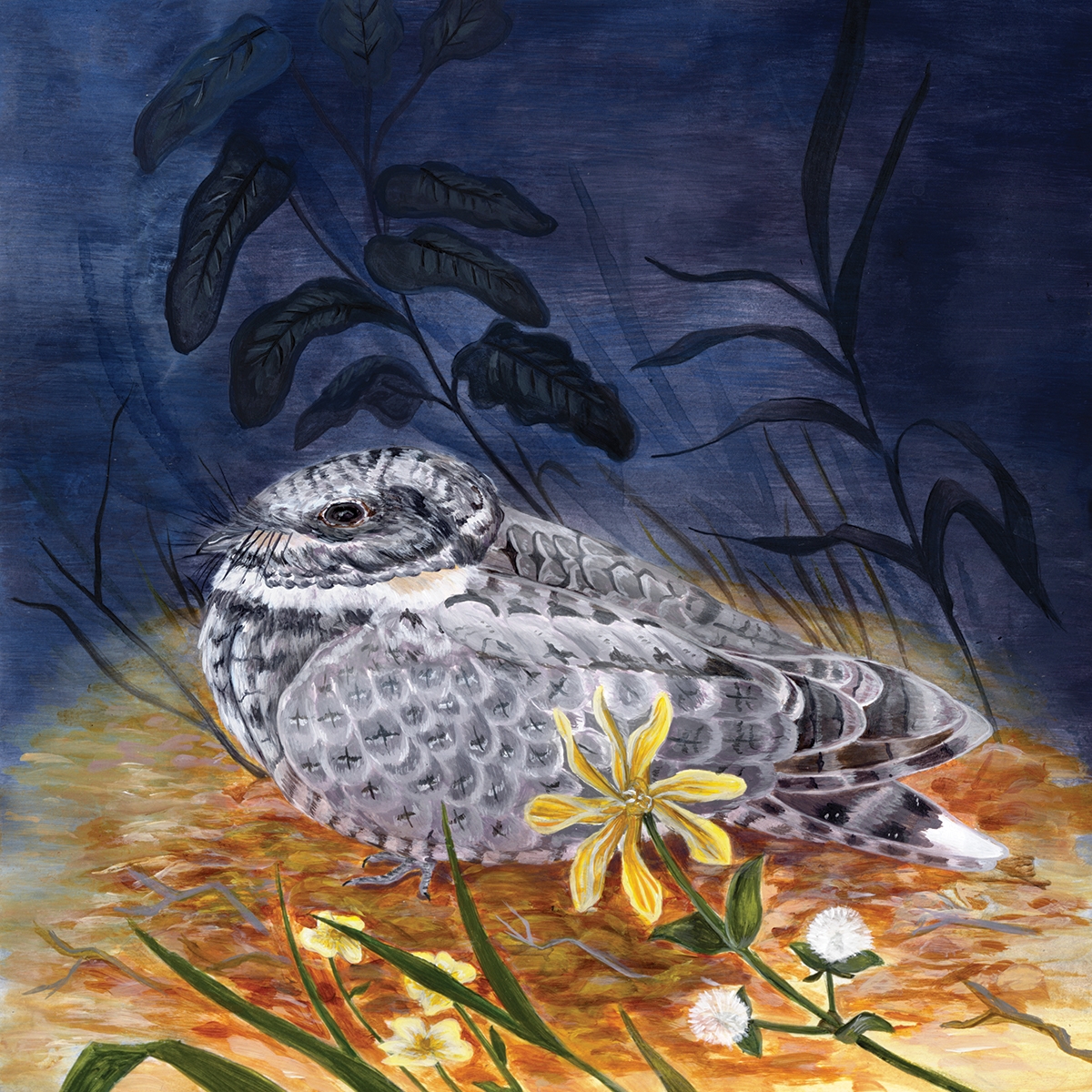 Birds Canada staff Janine McManus, Prairie Biologist, and Dr. Kiel Drake, Prairie Director, as well as other colleagues, also listened to the recording. They agreed: a Common Poorwill in Manitoba! We didn’t even have time to recover from our excitement before another Common Poorwill was found on another recording, this time from a pasture approximately 100 km southwest of the original detection.

Like much of western North America, Manitoba experienced widespread drought conditions in 2021. The drier-than-normal conditions may have made these pastures more favourable for this species of arid and semi-arid landscapes, and could partly explain its presence. It’s also possible that Common Poorwills might be present in Manitoba more often than we know, but because of their nocturnal behaviour and tendency to remain out of sight, they might be missed by most birders and bird surveys. Because our recorders were programmed to record during the crepuscular (dawn and dusk) and nocturnal periods when nightjars, like Common Poorwills, and some other birds are more active, we were listening during a time of day most surveys don’t cover. This combination of dry conditions and nighttime surveys may help explain the two detections of this unique bird.

The Common Poorwill that Stan Shaddick heard was recorded in a cattle pasture on Hodgins Farm. Lisa and Cameron Hodgins are third-generation farmers that live on their pasture-based livestock farm north of Oak Lake, Manitoba. The Hodgins, who practice regenerative agriculture, were eager to participate in bird surveys and were thrilled to hear about the unique find:

“It’s really exciting to hear about the results from the surveys with Birds Canada, and especially hearing about this rare bird visiting our farm! We’re really looking forward to learning more about how our farm is contributing to biodiversity and how we can do more to welcome birds and other wildlife here.” 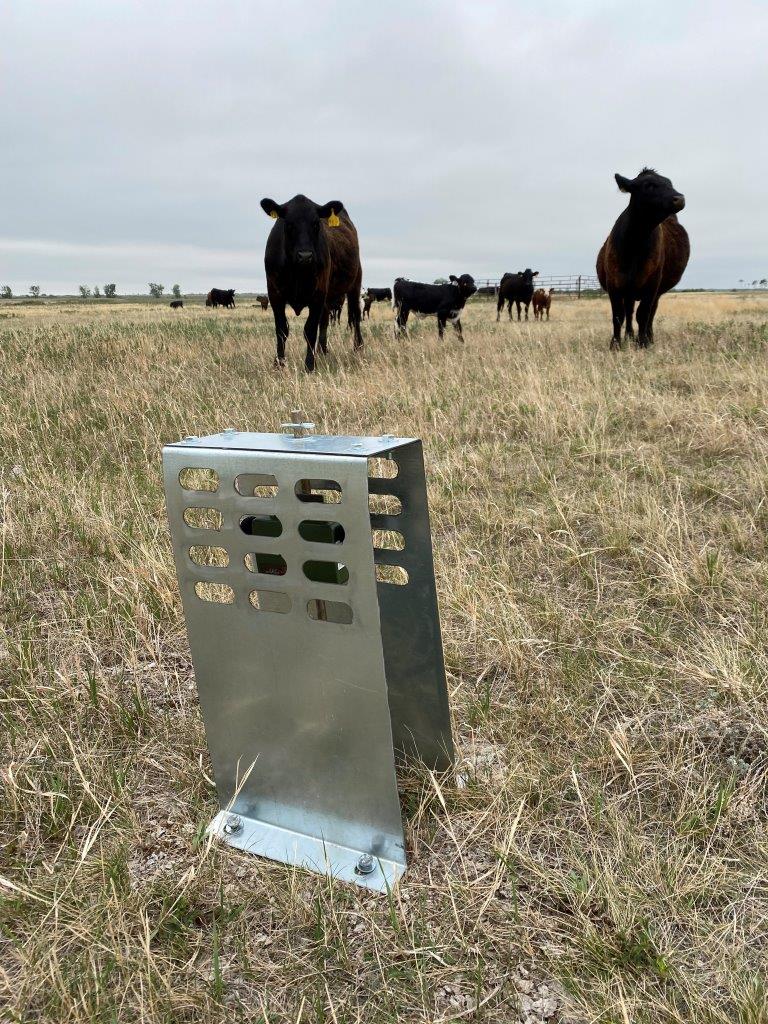 “We’re really looking forward to learning more about how our farm is contributing to biodiversity and how we can do more to welcome birds and other wildlife here.”

Support from Environment and Climate Change Canada, the Conservation Trust, Saskatchewan Stock Growers Foundation, and generous supporters like you allowed us to conduct surveys that represented over 50,000 hectares of Saskatchewan and Manitoba grassland habitat in 2021. Birds Canada’s work on the Canadian Prairies helps us better understand and conserve grassland birds, and learn more about how we can support producers who support biodiversity.

We will be conducting more grassland bird surveys in 2022, so stay tuned for those results – including whether we find more Common Poorwills in Manitoba! You can also contribute to a better understanding of Common Poorwills and other fascinating species of nightjars by participating in the Canadian Nightjar Survey. 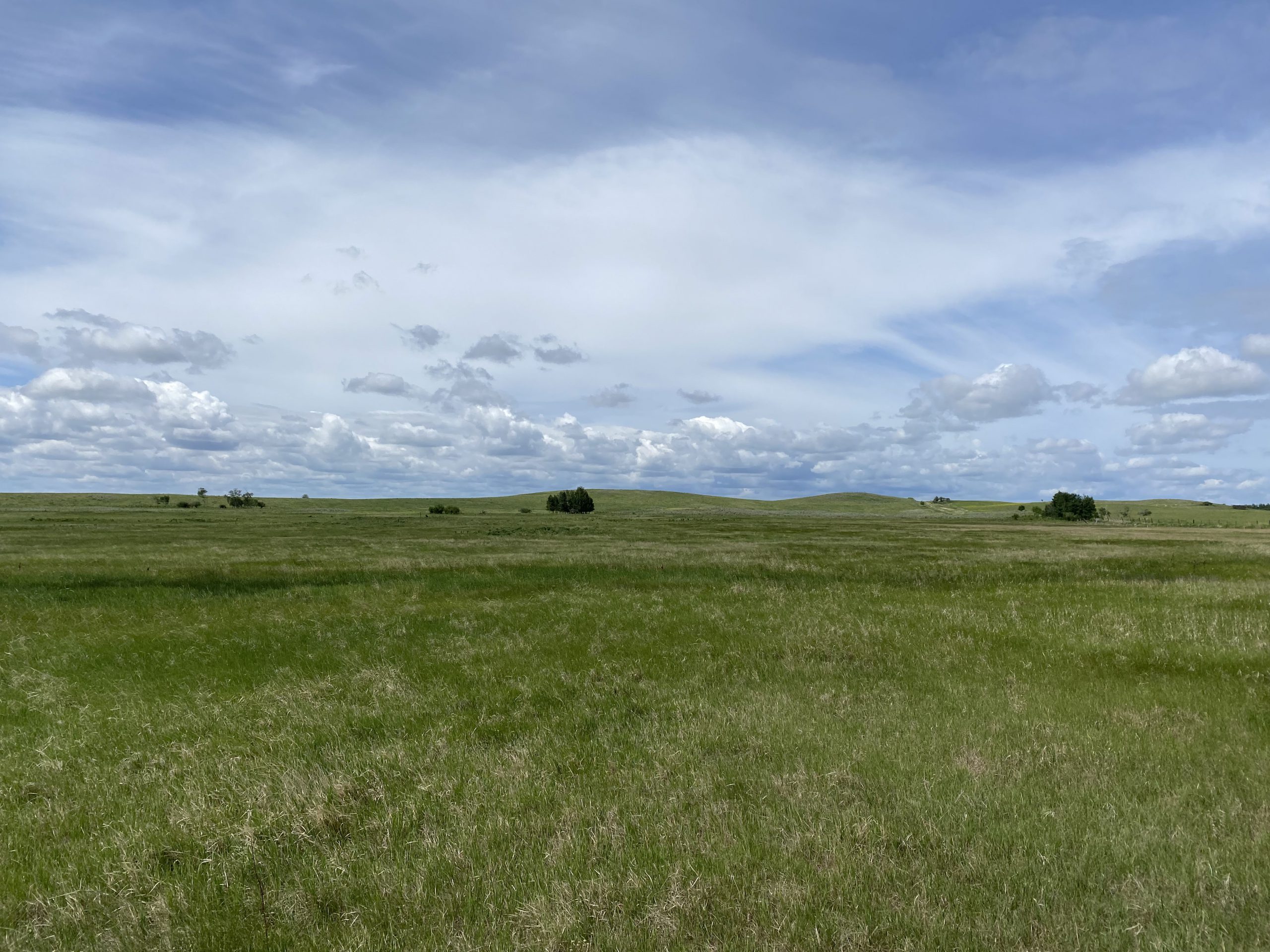