Why Protecting Grasslands is a Win-Win-Win for Climate, Biodiversity, and the Ranching Community

This Opinion article was published in The Hill Times on December 5, 2022.

In mid-December, the world’s nations meet in Montreal to further their commitments under the United Nations Convention on Biological Diversity.  Bold ideas and novel approaches are needed in order to halt and reverse biodiversity loss. Those gathered in Montreal should look westward.  Canada’s prairie grassland habitats and ranching communities are both under threat, yet together they can help play a role in both the biodiversity and the climate change crises.

Avoiding grasslands conversion to cropland is the best nature-based climate solution in Canada and keeps precious habitat intact for grassland birds. Birds of grassland landscapes, such as Burrowing Owls, Chestnut-collared Longspurs and Baird’s Sparrows, are declining faster than any other group of birds across North America, and grassland birds have declined nearly 57% since 1970.  The largest populations of threatened grassland bird species are found on ranches where cattle are grazing.  Conserving what remains of grassland habitat is critical to their survival, and helps to maintain the role birds play in the ecosystem as pest insect and rodent control, while avoiding a ‘domino-effect’ of species loss. 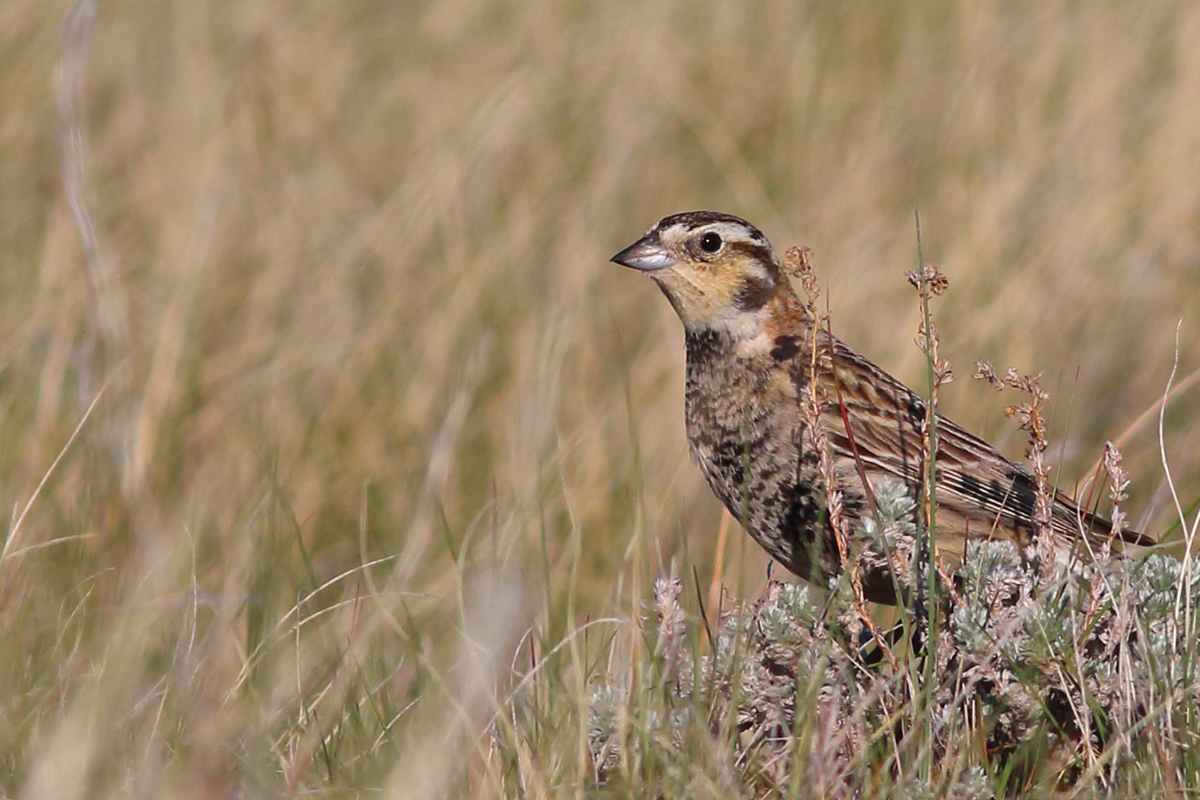 While it is recognized that raising cattle does contribute some greenhouse gases (2.4% of Canada’s total emissions), grasslands used for grazing cattle also  keeps enormous amounts of carbon trapped in prairie soils. Converting  grasslands to crops will release considerable carbon while grazing helps keeps it captured.  Avoiding the conversion of native prairie grasslands is important for biodiversity, and the most impactful nature-based solution to climate change. Prairie grasslands have an exceptional carbon storage value, storing 80 to 200 tonnes of carbon per hectare, most of it below ground in the root systems of prairie plants. Land use change from grassland to crops releases a staggering 30-55% of the stored carbon.

Conversion is in large part driven by high commodity prices, which makes cash cropping more [economically] viable than ranching for many. This is not to say that grain farming is bad (or easy) – we obviously need grains! – but the significant gaps in risk and revenue between grass-based and crop production systems make it difficult for producers to choose to keep grasslands intact. But – similar to Arctic tundra or peat bogs – the carbon must stay in the ground to help mitigate climate change.

The temperate grasslands, like those of the Canadian Prairies are the least protected endangered ecosystem on the planet. Protected areas such as parks, land trust lands, Indigenous Protected and Conservation Areas play a key role in conservation. The majority of the remaining grasslands are privately owned, and formal protection is usually not an option. Multi-use working grasslands that produce food and foster biodiversity are needed in order to keep this ecosystem functioning.

In Saskatchewan, Tara Davidson and her family take pride in grazing their cattle on naturally biodiverse prairie grasslands. “The native prairie provides much more than forage to our cattle.  We’re providing habitat for grassland birds, wildlife, pollinators, and thousands of other species that rely on this ecosystem,” Tara says. “Maintaining and grazing prairie pastures also builds carbon, something that is lost when pastures are converted to other land uses,” she adds. “These landscapes are essential for society because they conserve biodiversity, they provide a key link to sequestering carbon, and are important to sustain our business and way of life.” 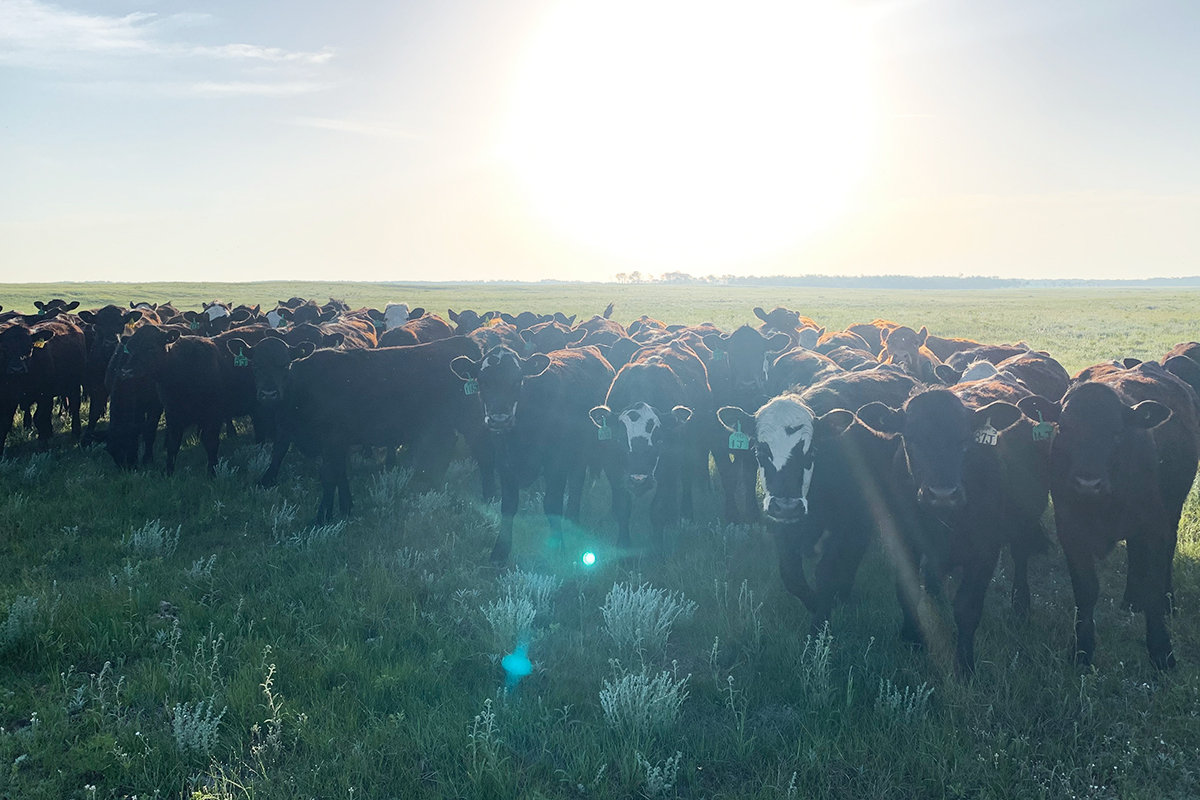 Future-oriented ranchers are working hard to lower the environmental footprint of beef production for the benefit of their families, society and the environment, as well as to compete in a marketplace increasingly driven by environmental choices. Consumers are demanding greener products prompting grocery retailers and supply-chain companies to encourage improvements from ranchers.

The Canadian Roundtable for Sustainable Beef (CRSB) provides a globally-accepted framework for continuous improvement in sustainability, covering water, carbon, biodiversity and other values. One new tool in use is the Bird-friendliness Index, used by Birds Canada to measure the impact of conservation measures taken by ranchers on the grassland bird community.

The CRSB, along with its ranching, supply-chain, retail and non-government members, like Birds Canada, are working together to halt the decline of biodiversity, including grassland birds. By conserving Canadian grasslands with sustainable beef production practices, practical steps are being taken to address the twin global crises of biodiversity loss and climate change. But we can’t do it alone. To halt and reverse biodiversity loss, we need strong commitment from our policy makers today that will save our iconic grasslands and the birds and other biodiversity that need them for their survival.