In a year of staying apart, our enjoyment of watching birds still “brought us together”.  Participation in Project FeederWatch was up 53% in Canada! There were 4820 participants compared with 3144 the previous season, giving us a clearer picture of both bird and environmental health. Thank you so much to everyone who contributed their bird counts.

While FeederWatch would normally end in early April, we learned after last year’s extension that many people enjoyed counting in the spring – so we extended the season again! The last count day is April 30, 2021. We hope that participants enjoyed the extra few weeks again this year.

Below, you can read about some season highlights. Stay tuned for the Regional Roundup and trends from the 2020-21 season, coming up in Winter Bird Highlights (the Project FeederWatch publication) and BirdWatch Canada (Birds Canada’s members’ magazine).

We are happy to report that species that show “irruptive” behaviour (northern species that periodically move south when their food sources are low) had a big showing this past season across Canada, with particularly large numbers of Pine Siskins in British Columbia, and Common Redpolls in Eastern Ontario and Québec. In British Columbia, Anna’s Hummingbird continued to increase, appearing at over 50% of FeederWatch sites each week – thanks to bird-friendly gardens and feeders.

One extraordinary visitor reported this past season was a Hawfinch in Haines Junction, Yukon Territory. This bird usually spends winters about 6000 km away, in Japan. This was the first record of this species for Canada! It was reported by FeederWatch participant Julie Bauer.

Several strikingly colourful rare visitors were reported in Ontario. A Summer Tanager was at a feeder in York, ON from Dec. 27 through Feb. 4. Summer Tanagers typically winter in central Mexico and South America. They are rare at any time of the year in Ontario. A Baltimore Oriole overwintered in Toronto – this lucky bird was served mealworms and freshly made almond/fat/fruit bites daily. Baltimore Orioles typically winter in Florida. A Western Meadowlark entertained many of us this season by appearing regularly on the Ontario FeederWatch Cam north of Lake Superior, in Manitouwadge, ON. Stay tuned to the live cam next season to see if it returns: https://www.allaboutbirds.org/cams/ontario-feederwatch/.

In Nova Scotia, a Clay-colored Sparrow reported by Fred MacKenzie was a truly unexpected feeder visitor throughout the season. They typically winter in South Texas and Mexico.

It was exciting to see your data rolling in during this quiet winter at home. Thanks again for your bird sightings and enthusiasm! 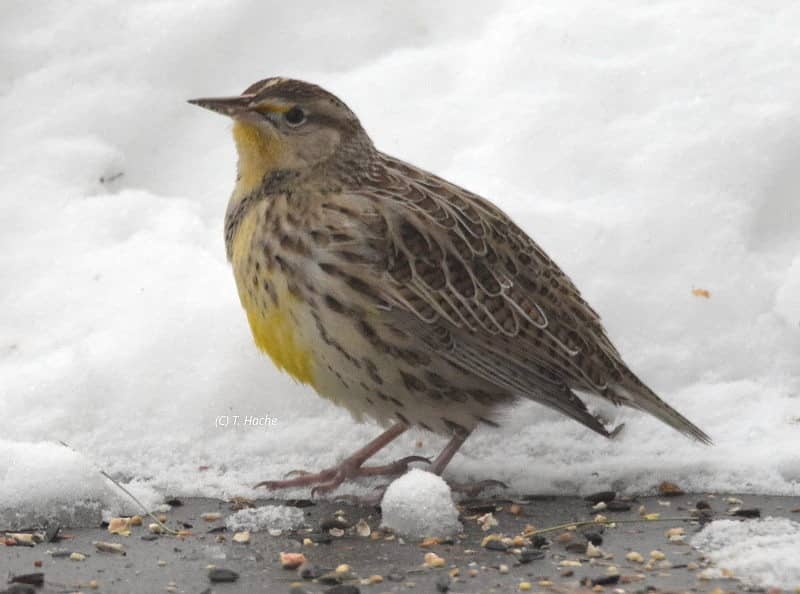 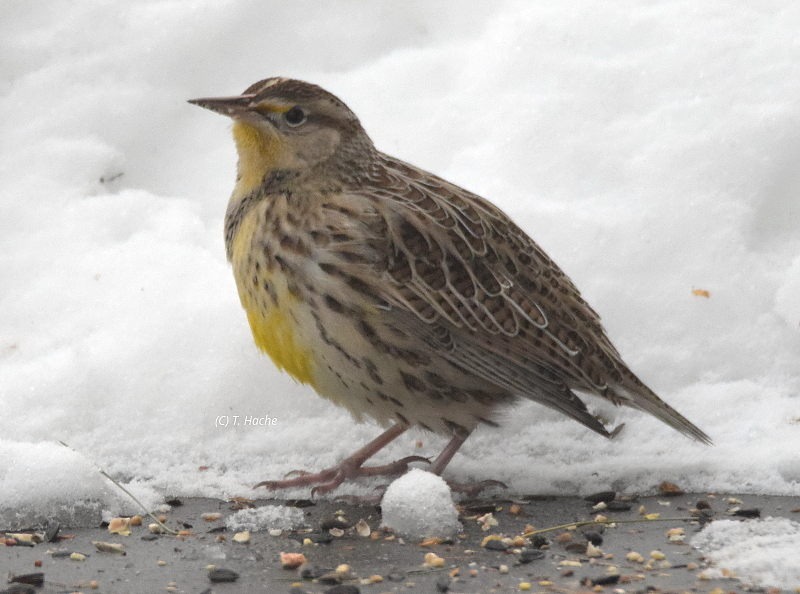