Climate change is having widespread impacts on ecosystems. The timing of critical events such as snow melt and insect hatch are changing as weather patterns shift. For birds, these impacts are gradual, as the amount food available to them and the timing of when it’s available change bit by bit over the years. However, extreme weather events are sudden and intense stressors which can be harmful to breeding birds, directly impacting their ability to breed and survive. For example, researchers found that – for breeding kestrels in Europe – droughts are worse than gradual changes in average precipitation. Understanding how species are impacted by extreme weather events is an important step in identifying vulnerable bird populations and designing strategies to successfully conserve them.

Harsh weather is not abnormal in the Canadian alpine; yet, severe weather events are becoming more frequent and more intense over time. Increasingly challenging conditions may negatively impact alpine breeding species, particularly by affecting them at stages of life when they are already vulnerable, such as the nestling stage. In a recent paper, Dr. Devin de Zwaan and colleagues researched the impacts of severe weather on alpine breeding birds in British Columbia. They sought to understand how severe weather events at different stages of breeding impacted the growth of nestlings in three ground-nesting songbirds: Horned Lark, Savannah Sparrow, and Dark-eyed Junco. By observing nests throughout the breeding period, recording the timing of nest stages (e.g. initiation, incubation, nestling care), and then measuring offspring seven days after they hatched, researchers could determine effects of local weather on the growth, and ultimately, the size of the offspring. 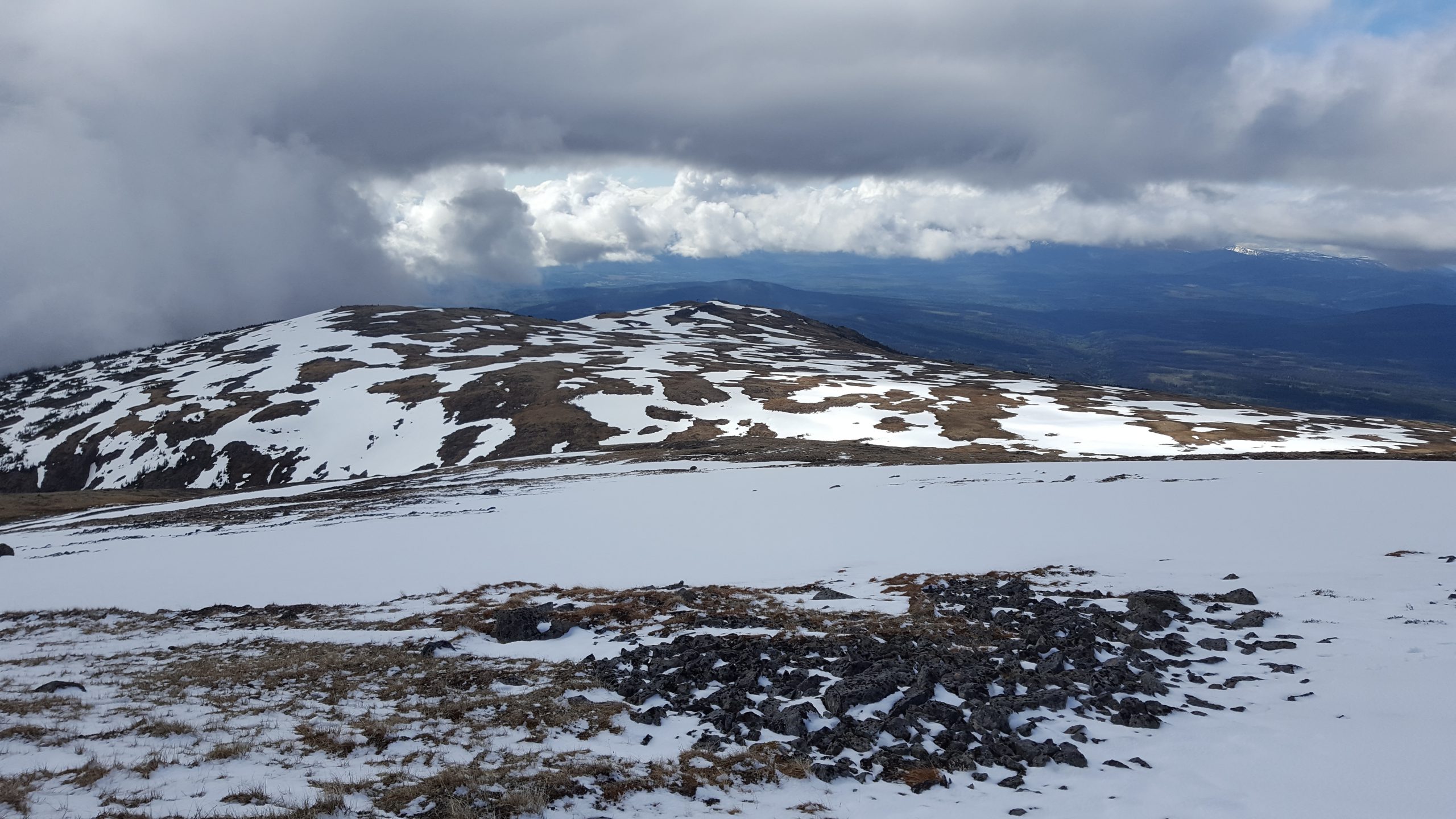 The team behind this paper spent multiple breeding seasons finding nests by observing the birds’ behaviour and carefully searching alpine habitat. In all three species, females select nest sites, build the nest, and incubate eggs alone, so finding a nest involves closely watching these cryptically-coloured birds until they return to a nest. While Horned Lark nests are highly exposed (although surprisingly well-camouflaged), Dark-eyed Junco and Savannah Sparrow nests are more thoroughly covered and better hidden. Nests for the three species differ in how exposed they are to the elements: Horned Lark nests are unprotected from weather; Dark-eyed Junco nests tend to be dug into embankments or under rocks; and Savanah Sparrows often build nests into patches of grass and start nesting a few weeks later in the season, potentially to avoid cold storms.

The size of the offspring is closely tied to their survival. A larger size indicates that the parents are providing enough food and warmth, allowing the nestlings to devote more energy to growth. The research team found that extreme weather events that happened during clutch initiation (laying) and the early nestling stage influenced offspring size the most across all species, indicating that these periods are when breeding has the greatest potential to be impacted by the weather. During the early nestling phase, this is likely a result of parents needing to spend more time feeding themselves or keeping the nestlings warm, and therefore having less time to bring food to their young. 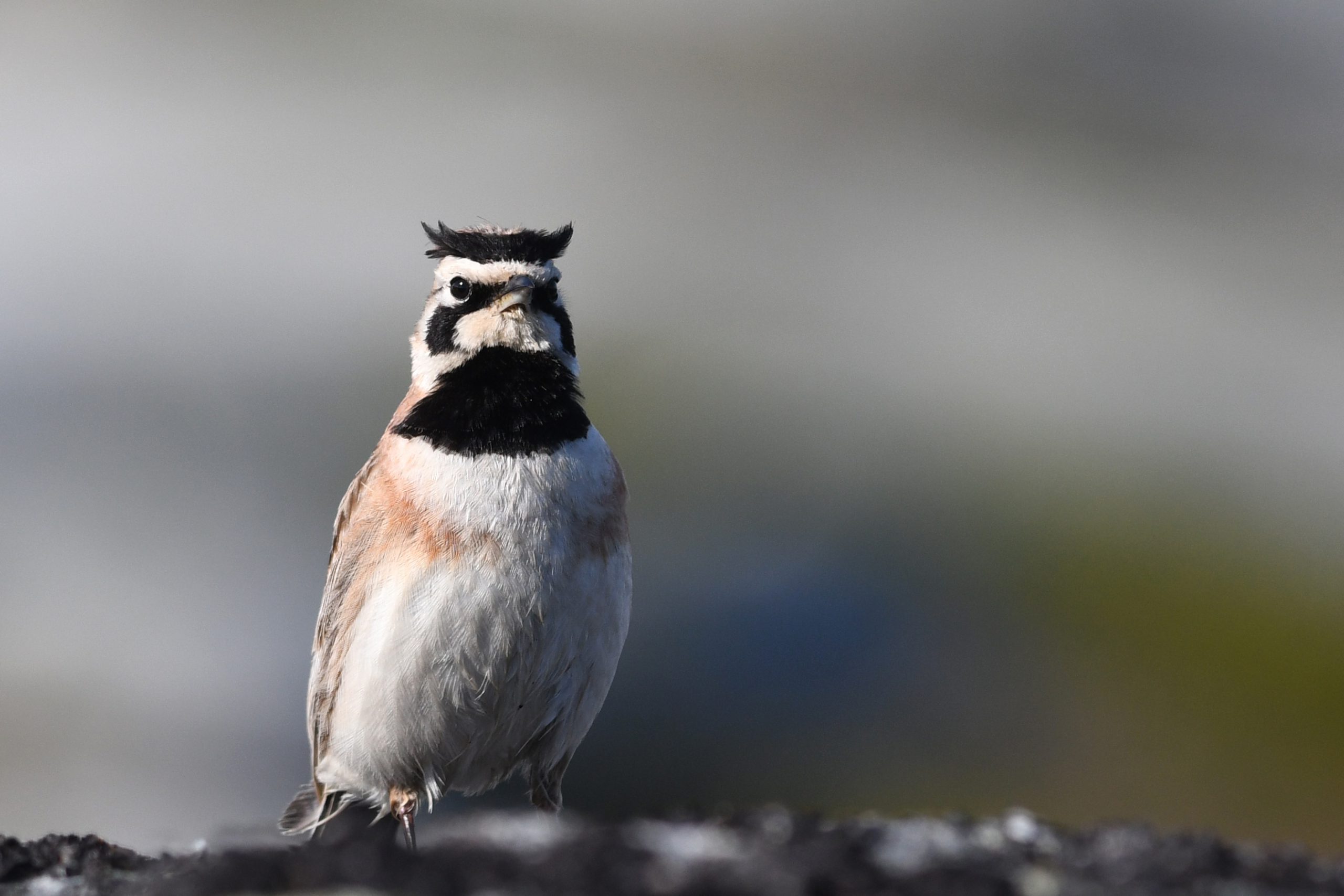 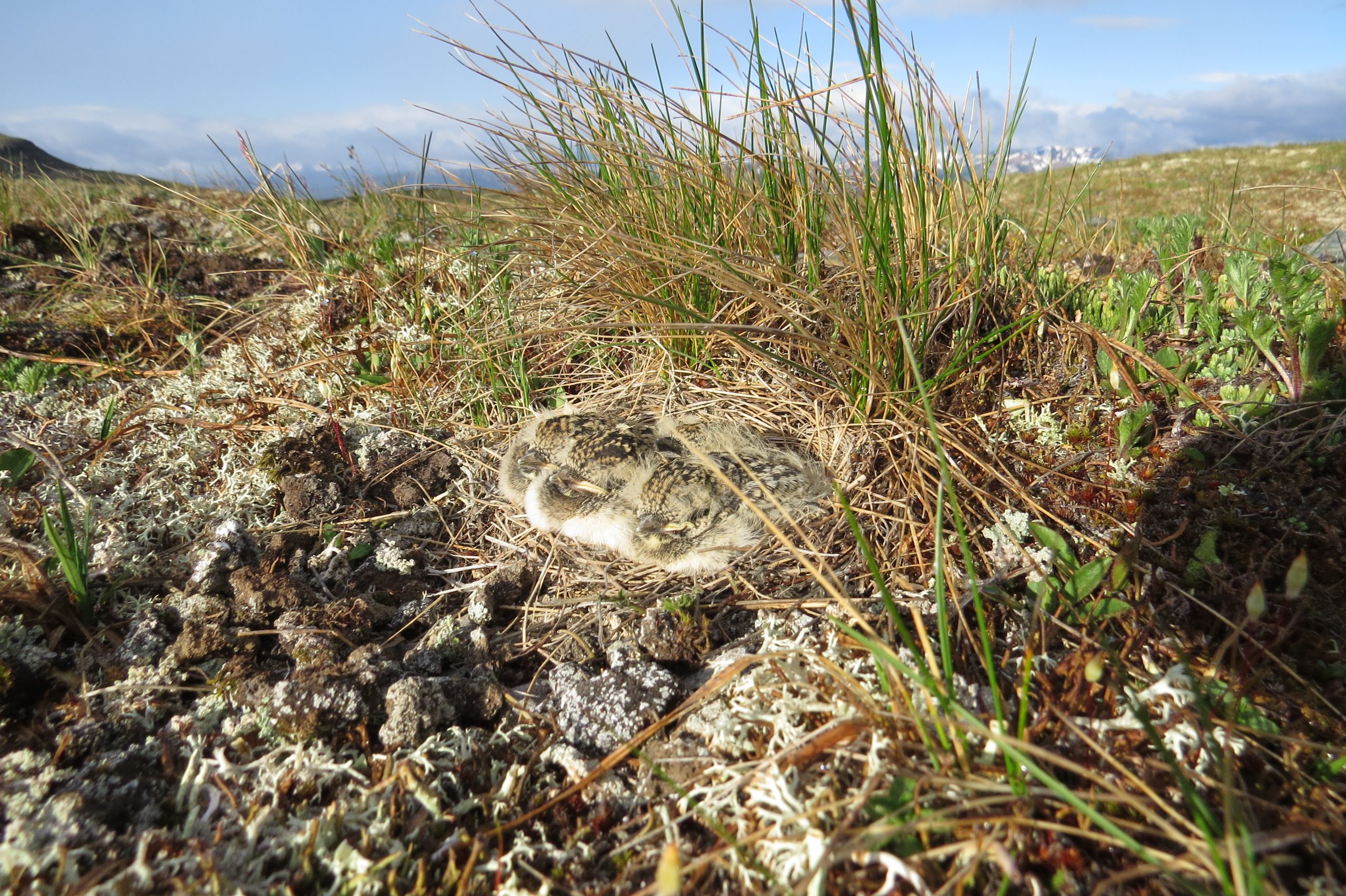 Interestingly, species differed in their response to weather: 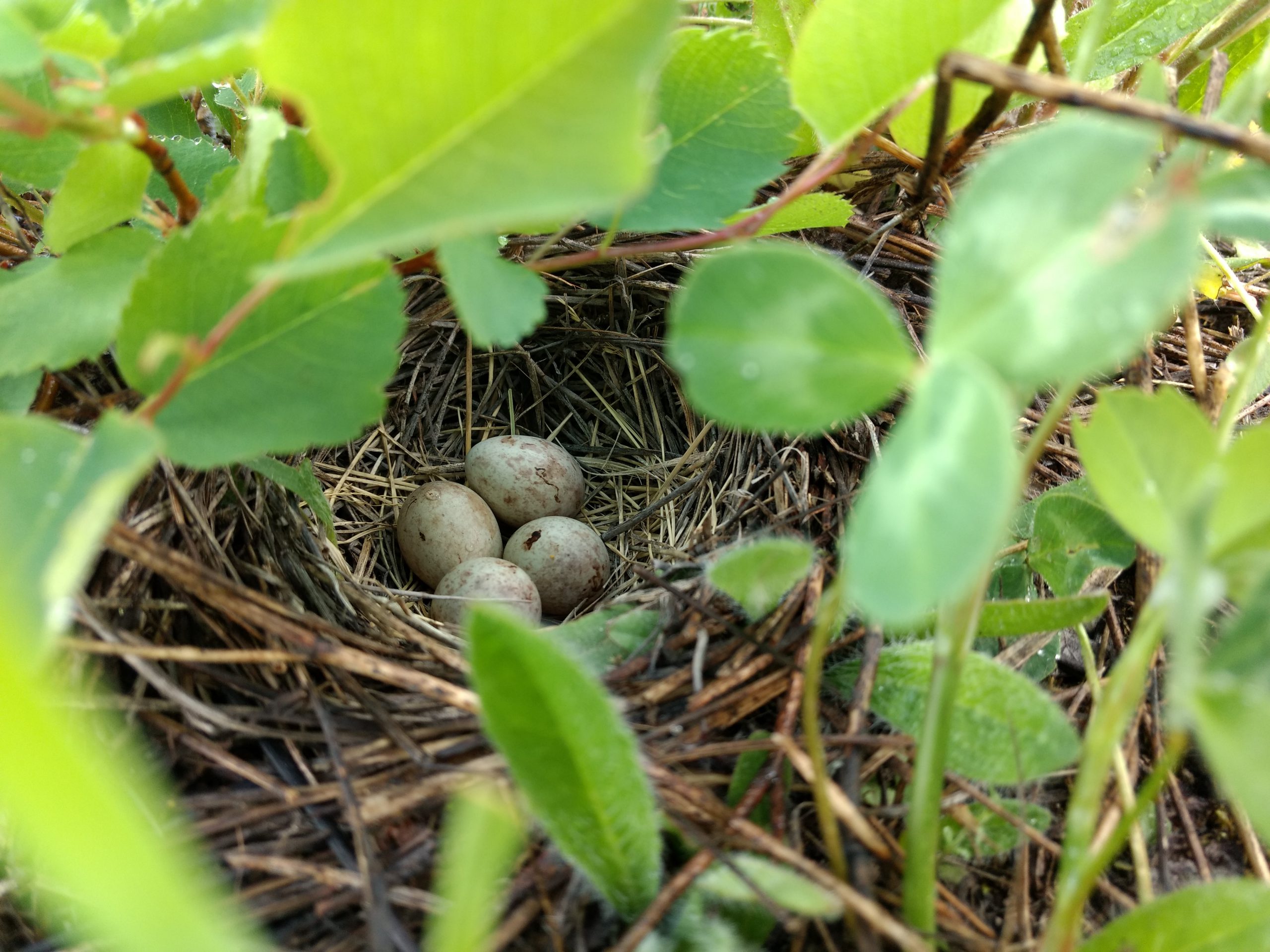 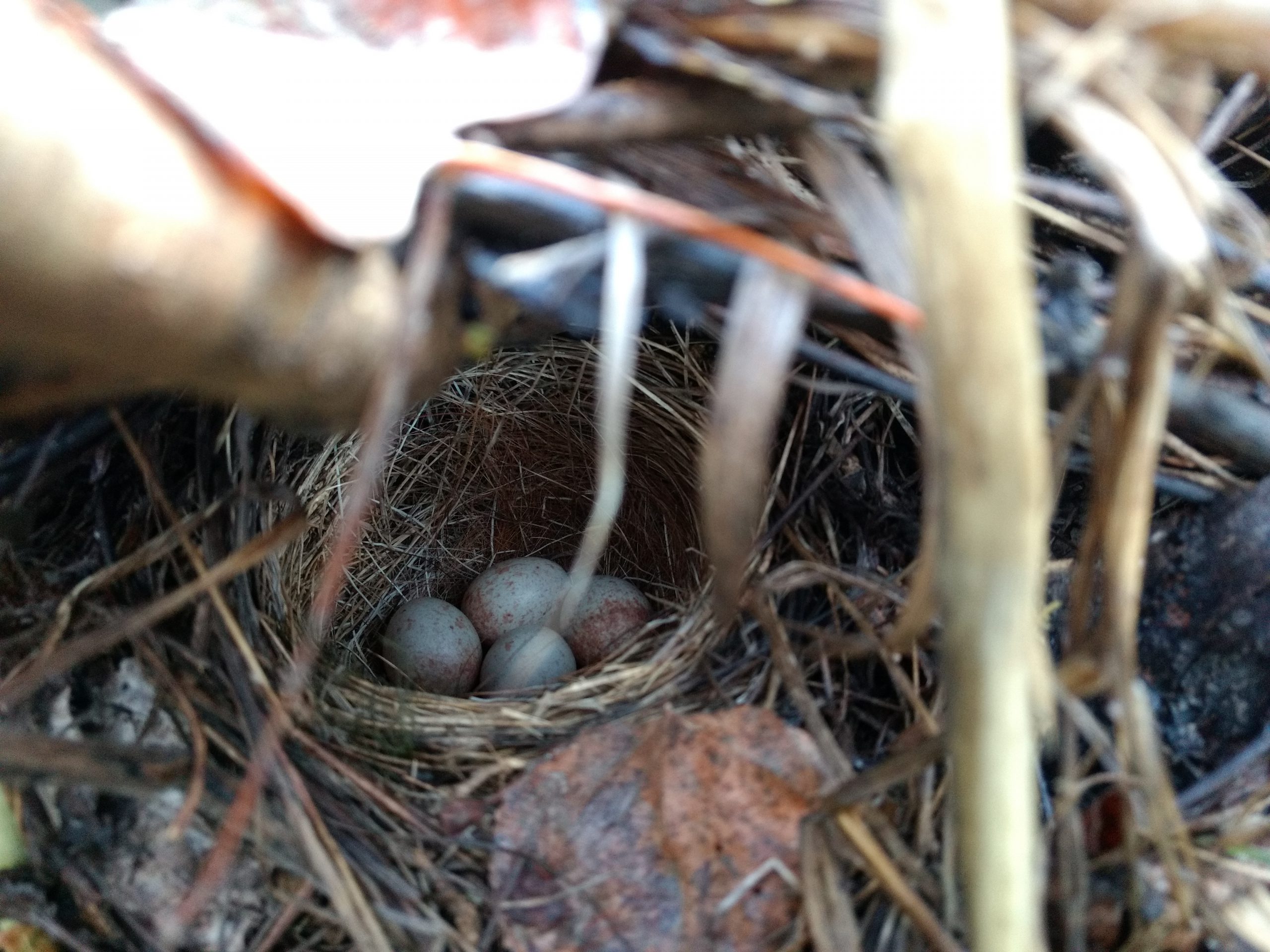 Out of the three species studied, alpine breeding Horned Larks are likely to be most negatively impacted by increasingly frequent storms (observed and predicted), while periods of cold during early summer will impact the other two species. Linking changing weather with reproductive success will help researchers create models to predict population change for these species, and for species with similar life histories, particularly when it comes to understanding the most sensitive time periods during breeding.

Because alpine habitats are less accessible to people than many other habitats, they are often under-represented in Citizen Science data like eBird. You can help make sure researchers have the species data they need for studies like the one described here by birding and reporting sightings when you’re in more remote and less frequently-birded habitats. It is especially helpful if you make your birding lists habitat-specific; for example, by starting a new eBird checklist when you break out of the treeline and enter the open alpine habitat of Horned Larks. If you’re not yet submitting your bird observations to eBird Canada, but would like to get started, visit: https://ebird.org/canada/about.