Shorebirds connect people and places. They are symbols of coastal and interior wetlands, some of the richest and most threatened habitats on Earth. Shorebird behaviours, mesmerizing murmurations, and intricate individual beauty capture the imaginations of millions of people. But shorebirds are challenging to study and understand. They are seldom in one place for very long. Many breed in remote Boreal and Arctic regions then fly thousands of kilometres to temperate and tropical areas, stopping briefly at just a few spots on the way. The State of Canada’s Birds 2019 estimated the loss of 40% of shorebirds from Canada since 1970. Understanding why that is remains a huge challenge, precisely because shorebirds are so mobile, and some of the best information on them comes from places in which the birds spend just a few days each year. 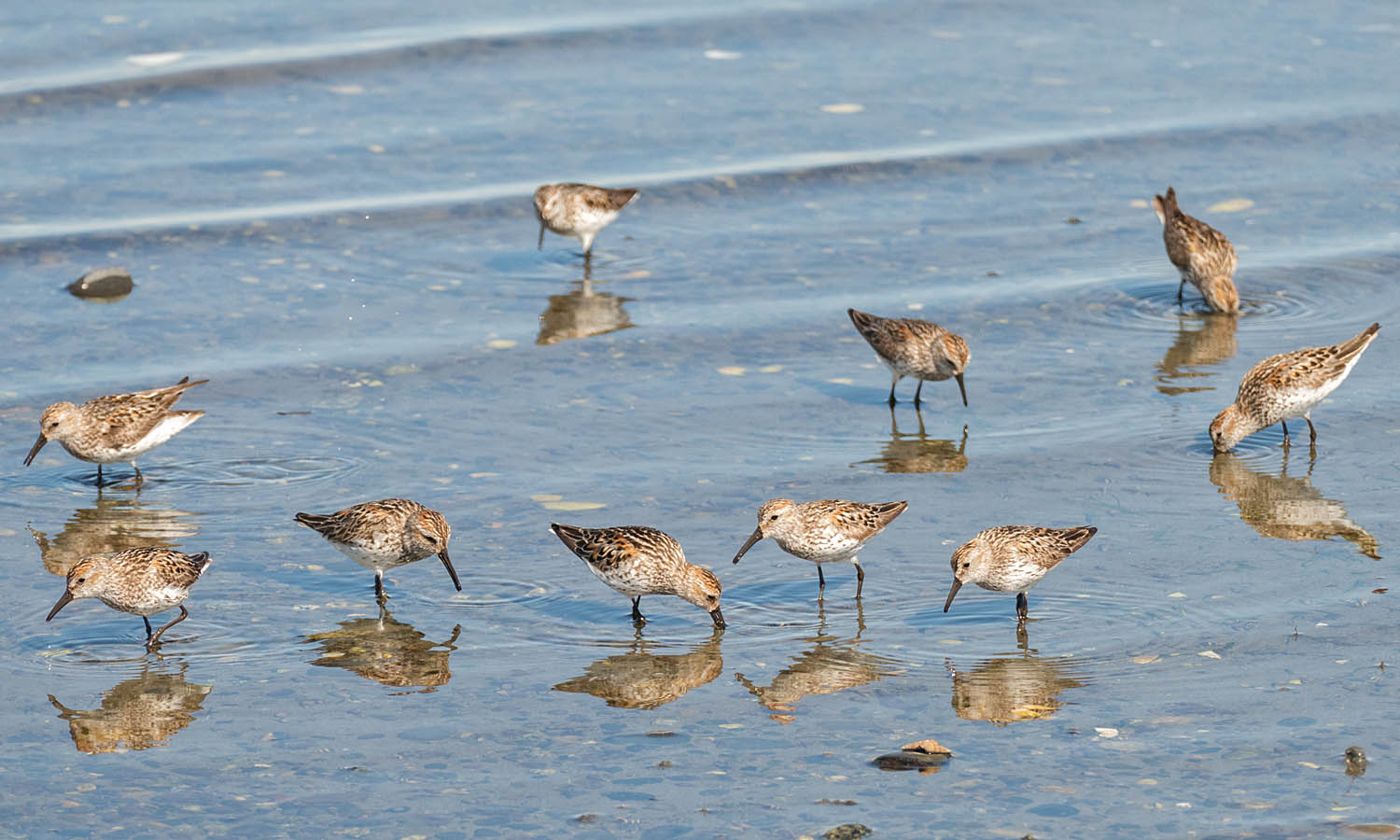 In 2011, a small group of shorebird fanatics gathered in Vancouver. We were motivated in particular by concern for the Western Sandpiper and pacifica Dunlin populationshe two largest shorebird populations along the Pacific Flyway, but both are in decline. Building on a decade of work under the Copper River Delta Migratory Bird Initiative, we wanted to find a new way to explore what is driving changes in shorebird populations. The traditional method of studying this has been to compare counts from only the locations where the birds in a population congregate in the highest numbers. Our new approach would be to count shorebirds over a much wider scale – the scale of the entire flyway – by coordinating Citizen Science volunteers to track population changes over space as well as time.

We needed to focus on the regions along the Pacific Flyway where the birds tend to be the most settled and accessible, as opposed to being constantly on the move as they are on migration. The most fitting places are where they spend their non-breeding period between the months of December and February. We chose a series of possible causes for shorebird population change to investigate: habitat loss, predation, disturbance, pollution, and climate change. Next, it was simply a matter of coordinating the effort. Easy, right? Except, the geographic area we needed to cover stretched from British Columbia in the north to Chiloe Island, Chile, in the south! 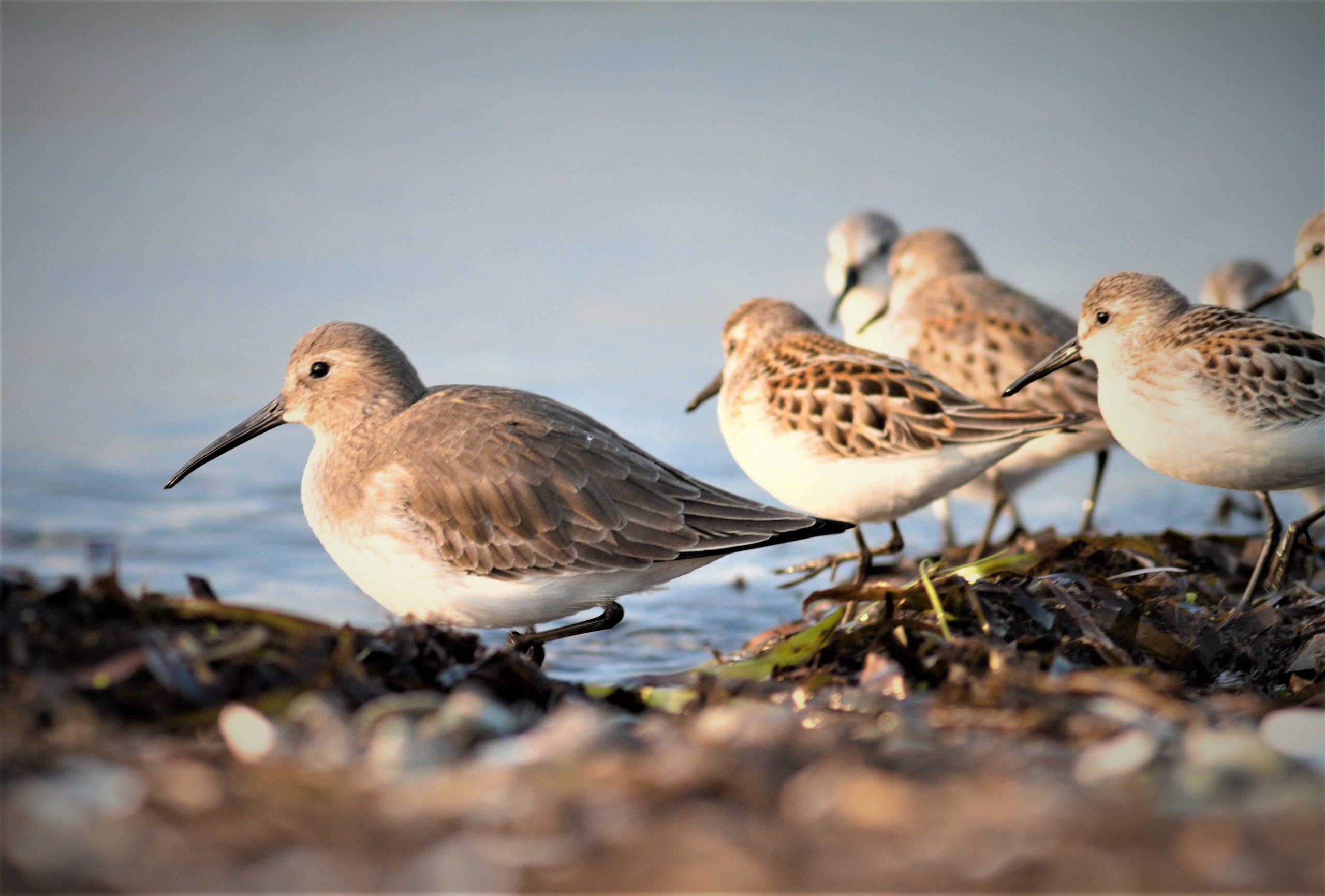 To make this happen, the Migratory Shorebird Project was born, under the leadership of Point Blue Conservation Science and underpinned by new funding from the U.S. Forest Service and the David and Lucile Packard Foundation. Fortunately, we were able to use existing Citizen Science surveys in California, Mexico, and Canada – including the Birds Canada BC Coastal Waterbird Survey – as a foundation to build on. Thanks to a network of partnerships and intensive training, the monitoring effort expanded to 13 nations by 2020. The Migratory Shorebird Project must now be one of the continent’s most extensive Citizen Science initiatives, and is driven by the leadership of over 40 partner organizations and agencies.

A paper recently published in Avian Conservation and Ecology describes the Migratory Shorebird Project’s innovative approach to counting shorebirds at the scale of a flyway. It also includes initial results from the first three seasons of monitoring (2013/14 – 2016/17). More than a million shorebirds were counted in some years, including over 20% of the global populations of five species. We look forward to future publications examining different possible explanations for shorebird declines using more seasons of data. Our BC Coastal Waterbird Survey volunteers may be particularly interested in what the collaboration could reveal about local long-term declines in Dunlin in Canada’s Salish Sea – which is a sneak peek into our next Pacific Coast publication!