Sixteen bird species are vying for the chance to represent North America in the Twitter World Cup of Birds. A big thank-you to all who voted in the first round, narrowing down the field from an original list of 32 species that breed only in, or predominantly in, Canada, the U.S. (including Hawaii), and/or Mexico. It’s been great seeing biologists, birders, and bird fans of all stripes rally in support of their favourites!
To join the action now, follow @BirdStudiesCan and the #TWC_Birds_NAmerica hashtag, and vote in round two (eight Twitter polls between May 29 and the end of June). The eight winners from round two will go on to compete with bird champions from around the world!
The Twitter World Cup of Birds (#TWC_Birds) is a friendly international competition hosted by the British Ornithologists’ Union. Its goal is to get people voting, tweeting, and learning about some of the world’s most remarkable birds – many of which are species of conservation concern.
To help you decide which species to support in round two, here are some fast facts about the first eight (out of 16) North American contenders:

Stay tuned to learn about the other eight species competing in round two! 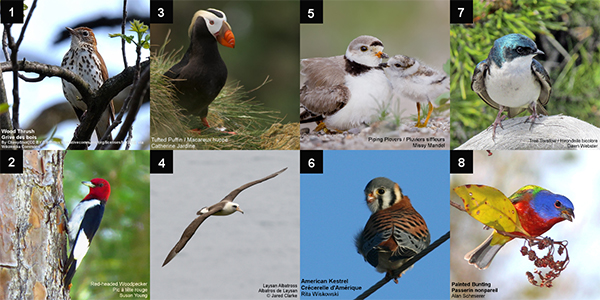