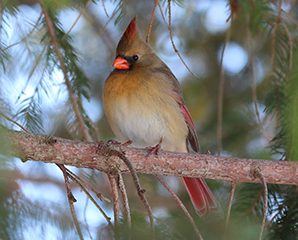 It was another exciting, record-breaking year for the Great Backyard Bird Count. The final 2017 GBBC results are in!
Participants in 143 countries around the globe recorded 5907 species and counted 2,733,124 birds. A whopping 173,251 checklists were submitted. Canada recorded 258 species and made a stellar contribution with 14,908 checklists!
Northern Cardinals appeared on more checklists than any other species during the GBBC. Because of the warm weather that weekend, higher numbers of early migrants like Red-winged Blackbirds and Common Grackles were recorded in the northernmost states and southern margins of Canada. Check out the GBBC 2017 Summary for more details.
You can use the “Explore a Region” tool to see the number of checklists and species reported in your province or county, or to view maps of species distributions. And don’t miss the fantastic images from the count on the photo contest page.
Thank you for helping create this year’s historic snapshot of the world’s bird populations. The Great Backyard Bird Count would not be possible without so many of you taking the time to watch birds and share your observations. See you next year for the 21st annual Great Backyard Bird Count from February 16-19, 2018!
The GBBC is a joint project of the Cornell Lab of Ornithology and the National Audubon Society with partner Birds Canada, and is supported in Canada by Armstrong Bird Food and Wild Birds Unlimited.