Go Birding in the Land of Living Skies 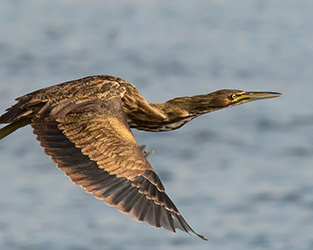 The third season of the Saskatchewan Breeding Bird Atlas is poised to take flight. Since spring 2017, volunteer birdwatchers have been scouring the province in search of nesting birds, great and small, to help map their status and distribution. More volunteers are needed. This will provide our first in-depth look at where birds are raising their young since the 1996 publication of Alan Smith’s Atlas of Saskatchewan Birds.
Since the Atlas began, participants from Saskatchewan and beyond have contributed over 6500 hours of birdwatching, reporting more than 131,000 records of 265 species. Highlights from the first two seasons include an exceptional breeding event for White-wing Crossbills across southern Saskatchewan, the province’s first record of nest-building by White-faced Ibises, and the return of Common Ravens to the prairie and parkland. Black-necked Stilts continue to increase their toehold in the province, with nesting reported as far north as the Saskatoon area. A Least Tern was observed and photographed in the extreme south near Coronach, and a singing Scarlet Tanager was heard along the border with Manitoba. With data collection running through to 2021, we can only guess at the surprises lying in store!
Many regions in the province remain under-surveyed. If you plan to do any birdwatching in Saskatchewan over the next three summers, consider lending your skills. Atlassing is birdwatching with a purpose, providing great motivation to get out and explore this beautiful province. If you are already an active participant, why not mentor a friend or budding birdwatcher? Bird-filled adventures await!
To learn more about the project and how to get involved, visit the Saskatchewan Breeding Bird Atlas website at sk.birdatlas.ca.
The Saskatchewan Breeding Bird Atlas is the result of a partnership between Bird Studies Canada, Environment and Climate Change Canada, Saskatchewan Ministry of Environment, the Nature Conservancy of Canada, Nature Saskatchewan, and the Saskatchewan Wildlife Federation. We thank all of our supporters for their important financial and in-kind contributions.