From bird curious to bird conservationist: a Birdathon story

Our team at Birds Canada is deeply grateful to all of you who’ve participated in the Great Canadian Birdathon so far this May – by going birding for conservation or by donating in support. Thank you! While you were out enjoying the birds on your Birdathon day, we hope you also felt a warm glow knowing the funds you raise help those very same birds, and other bird species found in Canada.

Each year, we have the pleasure of hearing from some of you about your Great Canadian Birdathon experiences, as well as seeing your photos. This year Mike McMillan of Simcoe, ON, took the time to share how and why he’s been making the Birdathon part of his May for an amazing 19 years!

I first became aware of the Birdathon about 25 years ago when I sponsored a friend who had been doing the Birdathon for a number of years. After he had completed his Birdathon he gave me a lengthy written report about his day of birding. This report outlined the various stops he had made and the species he had identified at each location. A checklist of his identified species accompanied his report.  I was impressed, not just with the time he had taken to prepare his report and distribute it to his sponsors, but also with the great number of bird species he had identified. It left me thinking, “What does a Magnolia Warbler look like? Or an Indigo Bunting? Or a Great Crested Flycatcher?  I’ve never heard of these birds.” Before long I came to the conclusion that I just had to see these birds.

So in 2004 when I was ready to begin looking at birds I decided that I should do a Birdathon to raise money for Birds Canada. I was fortunate to be able to join a couple who were members of the Norfolk Field Naturalists – as I also was – and who were experienced “Birdathoners”. That year I was sponsored for $120. For the next couple of years I recruited a few more sponsors. Then I was asked to be the official birder for the Norfolk Field Naturalists and that provided the opportunity for me to gradually each year increase my number of sponsors.

Each year my routine is to send appeal letters in late March to all my previous year’s sponsors thanking them for their past support, outlining how the Birdathon works, how the money raised is used, and how they can support me. There is a tear-off section to fill out that they can return to me. I always write in the amount they sponsored me for the previous year. When I receive money (usually cheques) in the mail or online I always phone the person to tell them that I have received their money and to thank them for their support. In June I send the same type of report of my Birdathon adventures and bird checklist that I had received when I first supported my friend. I have received much positive feedback from my supporters telling me how much they look forward to reading the report. 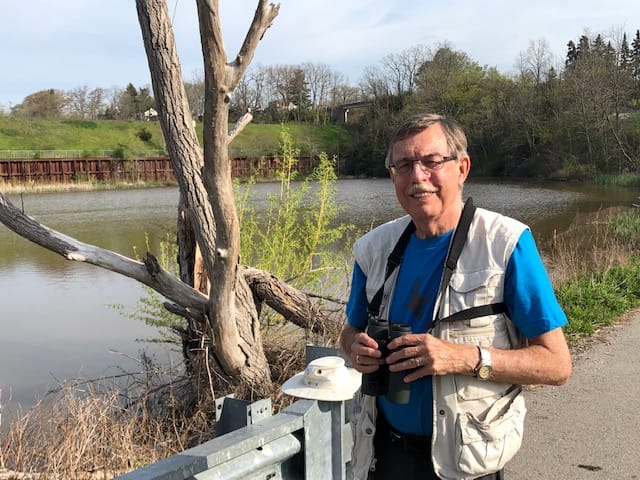 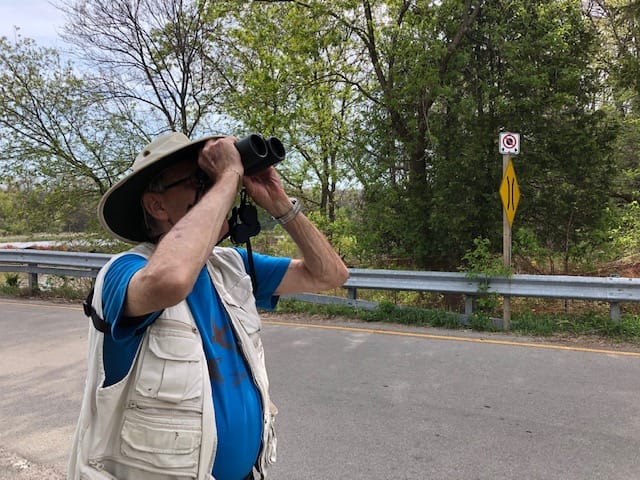 The decline in the bird population over the last 60 years bothers me greatly. Doing a Birdathon each year allows me to support the wonderful work that Birds Canada does. It gives me satisfaction that I am doing something positive for birds. Because my field naturalist club receives from Birds Canada a portion of the money I raise it is a win-win situation: money for Birds Canada and money for the Norfolk Field Naturalists to be used for their environmental projects. Also, I now can’t imagine what a May would be like without the fun and excitement of doing a Birdathon.

I have just completed my 19th Birdathon. I am thankful to have had many loyal supporters over the years who have helped me raise a good deal of money for such a worthwhile cause. I am indebted to my friend, Al Robinson, the birder I first sponsored, who piqued my interest and gave me the idea of issuing Birdathon reports to my sponsors.

A huge thank-you to Mike for showing such dedication to the Birdathon and the birds for going on two decades! Thanks also for writing this post for us and sharing your fundraising tips, which we will remember for 2023!

Thanks again to ALL of this year’s participants and donors. You still have time to do a Birdathon if you haven’t done one yet! Don’t forget to get all your donations in so you can be included in the 2022 Birdathon prize draw! The 2022 Grand Prize is an all-inclusive guided tour. Other prizes include binoculars, spotting scopes, and a year’s supply of bird food. Birds Canada extends our gratitude to our generous Great Canadian Birdathon sponsors for providing these prizes: Armstrong Bird Food, Eagle-Eye Tours, Kowa, and Vortex Canada.

If you’d like to share your own Birdathon story or photos with us, we’d love to hear from you! Please email them to birdathon @ birdscanada.org. 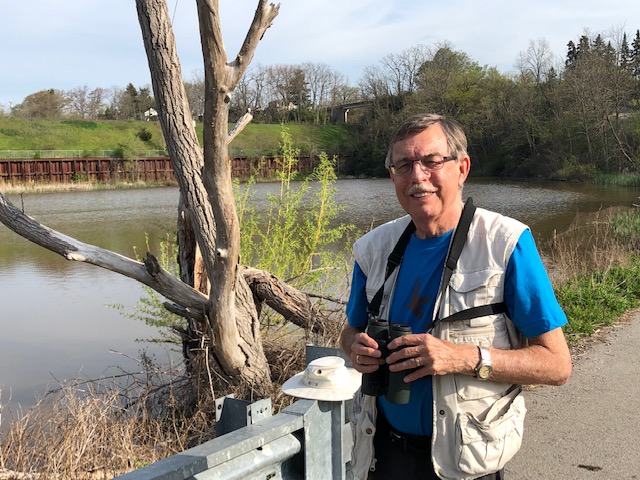