Fantastic Loons and Where to Find Them

With spring migration in full swing, many of us are looking forward to hearing the iconic call of Common Loons on Canada’s lakes. You may also be wondering where these birds spend their time outside of the nesting season, and whether loons might nest on a lake near you this year.

Common Loons spend November to March in salt water close to the Pacific and Atlantic coastlines of North America, usually in bays and coves. Their winter range extends from Newfoundland and the Aleutian Islands southward to the Gulf of Mexico and Baja California. Spring migration starts in March and goes until June, with the biggest movements happening in April. In the Great Lakes region, the peak of loon migration and congregation is in early May. During migration, Common Loons can be seen on rivers and lakes, sometimes in large groups. It often seems like they give the best views when one has forgotten one’s camera! 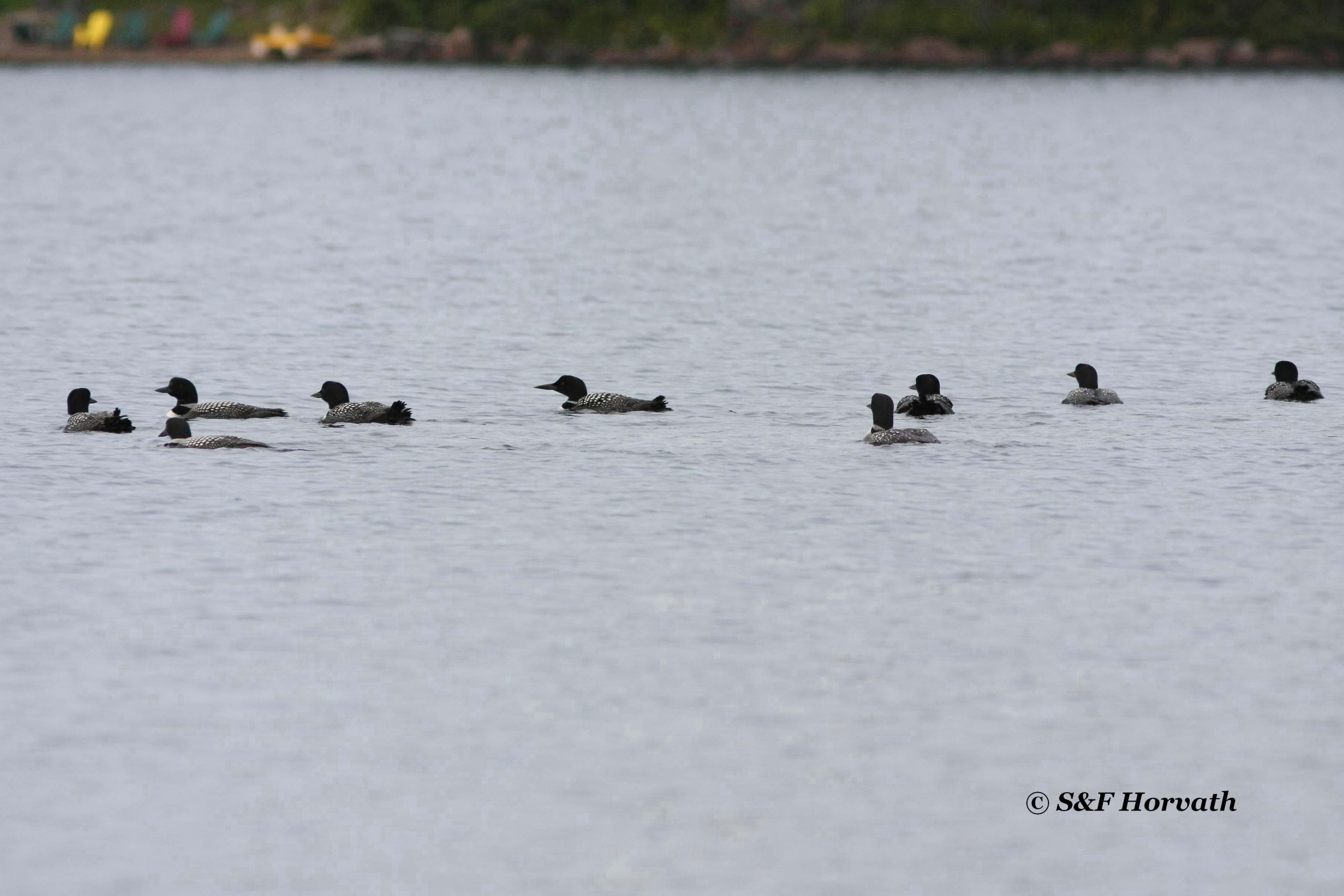 Common Loons usually return to their breeding lake right after ice out. No matter how late the spring, their timing is so precise that it’s almost eerie. They often migrate in stages, stopping at larger lakes like the Great Lakes, then conduct reconnaissance flights to see if their lake has become free of ice. In general, they arrive in April to May while those living in northern territories return in June. Their breeding range is throughout Canada, except for the extreme north and the southernmost portions of the Prairies and Ontario.

During the breeding season (April to October), Common Loons can be found in freshwater habitats ranging from Boreal lakes to open wetlands. For nesting, loons look for large lakes with clear water and many bays, points, and islands.

In Canada, loons prefer lakes that are 24 ha or larger in size, but will also use smaller lakes – particularly in the Prairie Provinces. Wetlands with at least 10 ha or more of open water may also attract breeding loons.

Clear water is important for Common Loons as they rely heavily on their eyesight for hunting. While they have particularly good eyesight below the water, murky water impedes their ability to locate prey. Loons forage in areas where light reaches the bottom of the lake, normally less than 5 m deep and less than 150 m away from the shoreline. Loons feed on a variety of foods ranging from leeches to bug larvae and other invertebrates to small prey fish.  Small fish are an extremely important food source for growing chicks, without them they are unlikely to survive to leave the lake.

Common Loons generally prefer to nest on lakes that are dotted with small islands and have irregular shorelines with coves. During May and June, the loons build their nests on the ground along the shores of islands or the mainland. The nests consist of heaped vegetation and are sometimes built on the top of muskrat huts! Nests are rather simple, merely a shallow scoop, but must be beside water as loons cannot walk easily on land. Preferred locations provide a wide view of the territory, which allows loons to survey for danger and intruders, and offer shelter from wind and waves. Waves and high water can be deadly for loon nests – typically a rise in water level over 15 cm will flood the nest and/or potentially wash the eggs into the water.

Even if a lake’s size and shoreline are to a Common Loon’s liking, there still may be other features that discourage them from nesting there. Lakes with heavy boat use or dense development are often unpopular. Heavily developed shorelines often have no appropriate nesting locations and come with increased chances of human disturbance. Boat traffic creates wakes that may wash out nests or separate young loons from their parents, which are then vulnerable to opportunistic predators such as gulls or ravens.

Much of what we know about our fantastic loons has been uncovered by Citizen Scientists participating in the Canadian Lakes Loon Survey coordinated by Birds Canada. Since 1981 in Ontario and the early 1990s across the country, this long-running and popular program tracks the number of chicks produced by Common Loons each year. With this unique dataset, our scientists are keeping tabs on the “pulse” of the country’s Common Loons and the threats they face to help ensure that we will always be able to enjoy their iconic call.

Even if you are unable to participate in the Canadian Lakes Loon Survey, you can still help loons. You can contribute to research by submitting your Common Loon sightings at eBird.ca. You willfind more information about loons and ways to help at birdscanada.org/loons. 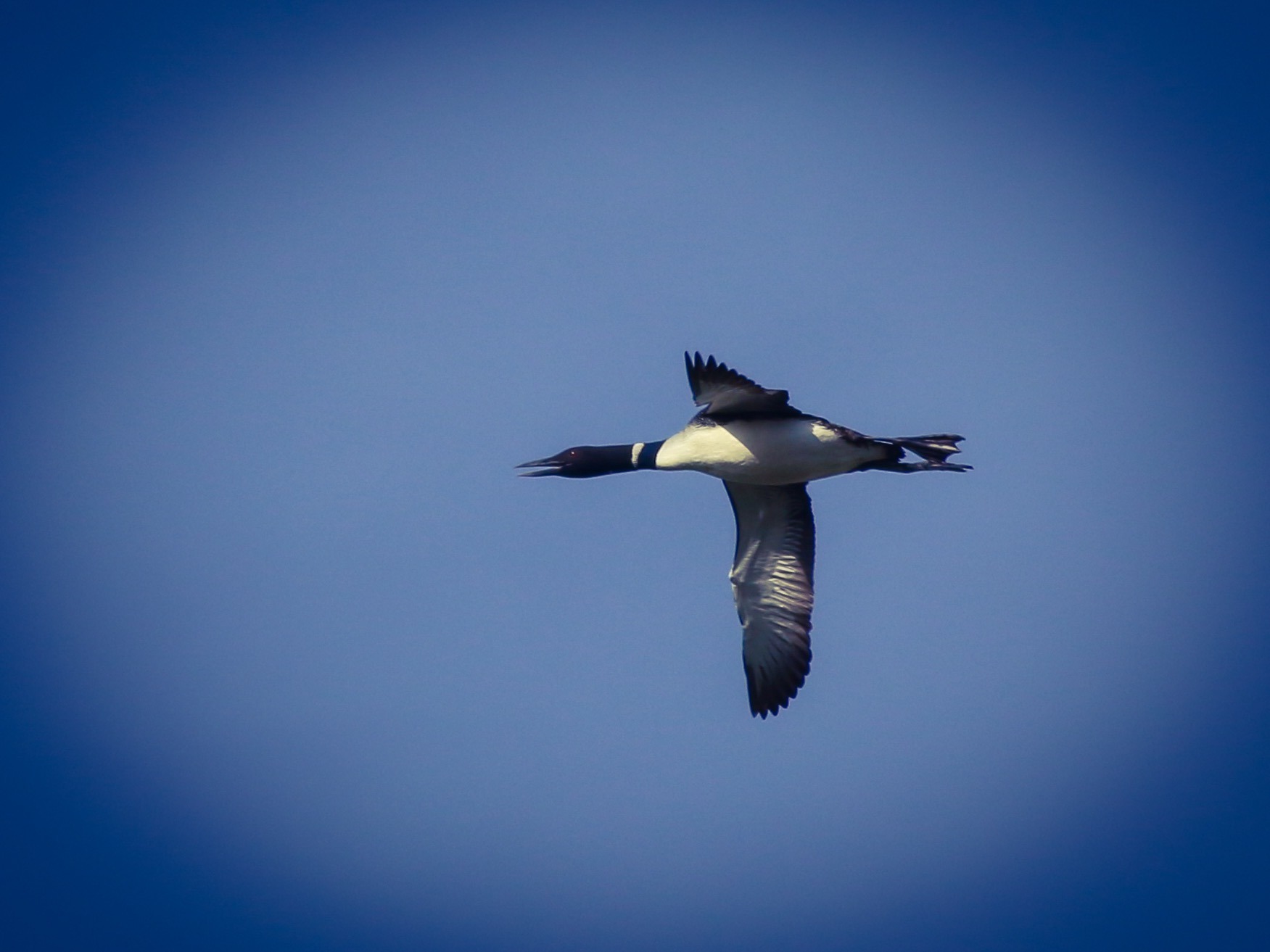