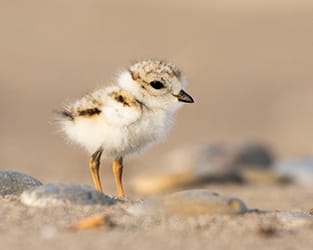 Bird Studies Canada provided comments and recommendations to the Ontario Government on the recently posted 10th Year Review of Ontario’s Endangered Species Act: Discussion Paper. We are deeply concerned about Ontario’s species at risk and the overall direction put forth in the discussion paper and urge our supporters to become familiar with this issue and contact your local MPP.
We want to also draw attention to the apparent disappearance of the Ontario Species at Risk Stewardship Fund. This fund was created under the Endangered Species Act and funds ENGOs, including Bird Studies Canada, land trusts, zoos, Indigenous groups, conservation authorities, universities, and stewardship councils that deliver on the ground conservation for species at risk. In 2018-19, 54 projects were funded.
We strongly encourage the Ontario Government to refocus its review on the Act and its implementation to assess whether the Act is protecting and recovering species at risk and to prioritize positive outcomes for species at risk.

In our submission Bird Studies Canada strongly recommends that the following cornerstones of the Endangered Species Act be maintained:
• Science-based assessments;
• Automatic legal protections for species and habitats;
• Mandatory timelines for government response and actions; and
• Tools to promote stewardship, which assists in the protection and recovery of Threatened and Endangered species.
Further, Bird Studies Canada provided comments and recommendations on each of the four focus areas contained in the discussion paper. See Bird Studies Canada’s entire submission.
As supporters of Bird Studies Canada, bird conservation, and the environment, please consider contacting your local MPP to raise your concerns.