Curlews touch down as a survey prepares to launch

Spring brings about dramatic changes in the natural world. Some are subtle, such as the emergence of insect life as the air warms. Others are more dramatic to the human eye and ear, like the arrival of birds from their overwintering areas further south. Each change lifts our spirits and fills us with “spring fever”, which we bird researchers harness to motivate our preparations for the season ahead! This spring, Birds Canada BC staff and volunteers are gearing up to survey Long-billed Curlews.

The Long-billed Curlew is one of the first birds to arrive in Canada each spring. Over the past five years, Birds Canada has used satellite transmitters to track a number of curlews’ movements between their breeding sites in British Columbia to their non-breeding sites in California. This year, the curlews have been arriving as though on cue, in late March and early April – which we know thanks to recent reports on eBird Canada. 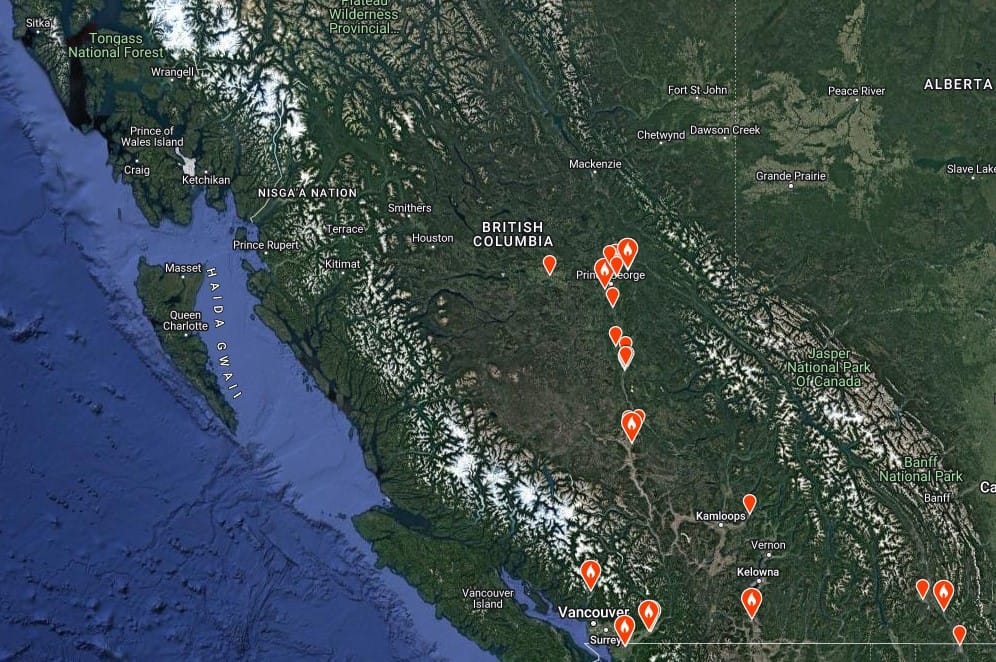 Sometimes when the curlews arrive, they are forced to feed in sparse areas where the snow has melted. The lack of snow allows them to probe into the soft ground with their long bills to search for worms. 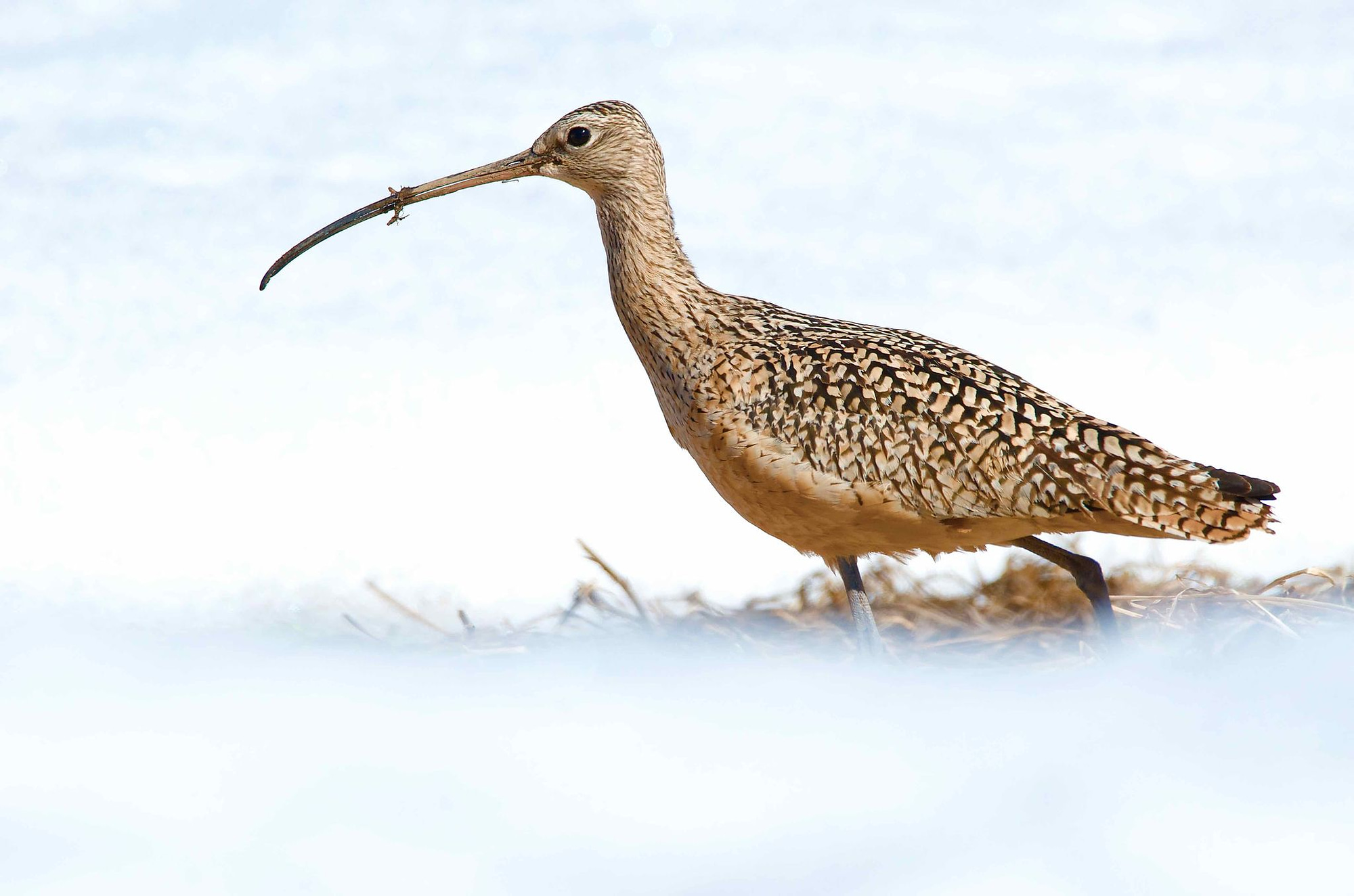 Once the snow has melted and the curlews have returned to their breeding territories from the previous year, the males begin to court the females in preparation for nesting. This will be the optimal time of year for us to conduct a population survey to determine the minimum number of birds in the province. These data will be used to model the overall number of birds, which in turn will be incorporated into the upcoming Status Assessment that Birds Canada is writing for the Committee on the Status of Endangered Wildlife in Canada (COSEWIC).

Long-billed Curlew feeding on worms where the snow has melted. Photo: Greg Drozda

The 2022 British Columbia Long-billed Curlew Survey begins on April 23rd and lasts until May 8th. It will consist of roadside routes approximately 30 kilometres long, with stops every 800 metres. During each survey stop, the observers will watch and listen for curlews, noting down each bird they detect in each minute of the five-minute “point count”. Additionally, the observers will take notes on the habitat. Once the data have been collected, we will produce a preliminary report of the minimum number of curlews detected on the survey. Then we’ll use statistical modeling to estimate the minimum number of curlews across the entire province.

A big thank-you to all of our volunteers on the curlew survey! Your hard work will help us understand how these leggy, long-billed wonders are doing. 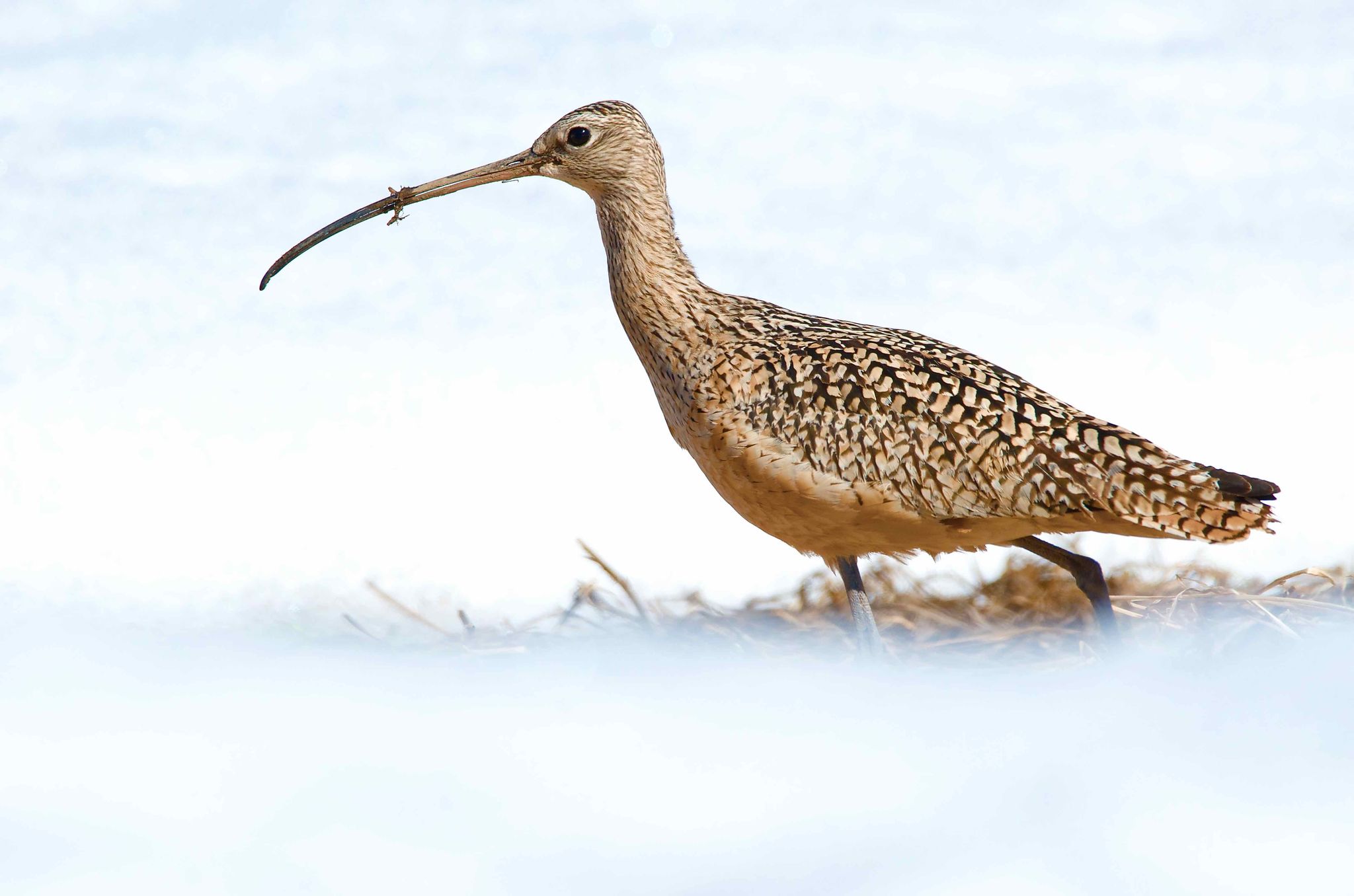