Last February, Birds Canada and partners launched the Chimney Swift Chimney Restoration Fund (also known as the Chimney Swift Fund). This major new initiative is supporting recovery efforts for the Chimney Swift, listed as Threatened under Canada’s Species at Risk Act. This program is being undertaken with the financial support of the Government of Canada through the federal department of Environment and Climate Change, and in collaboration with Nature Saskatchewan, QuébecOiseaux, the Zoo de Granby, the Nature Trust of New Brunswick, Nature NB, and the Nova Scotia Bird Society, some of the key organizations involved in Chimney Swift conservation and monitoring in Canada. 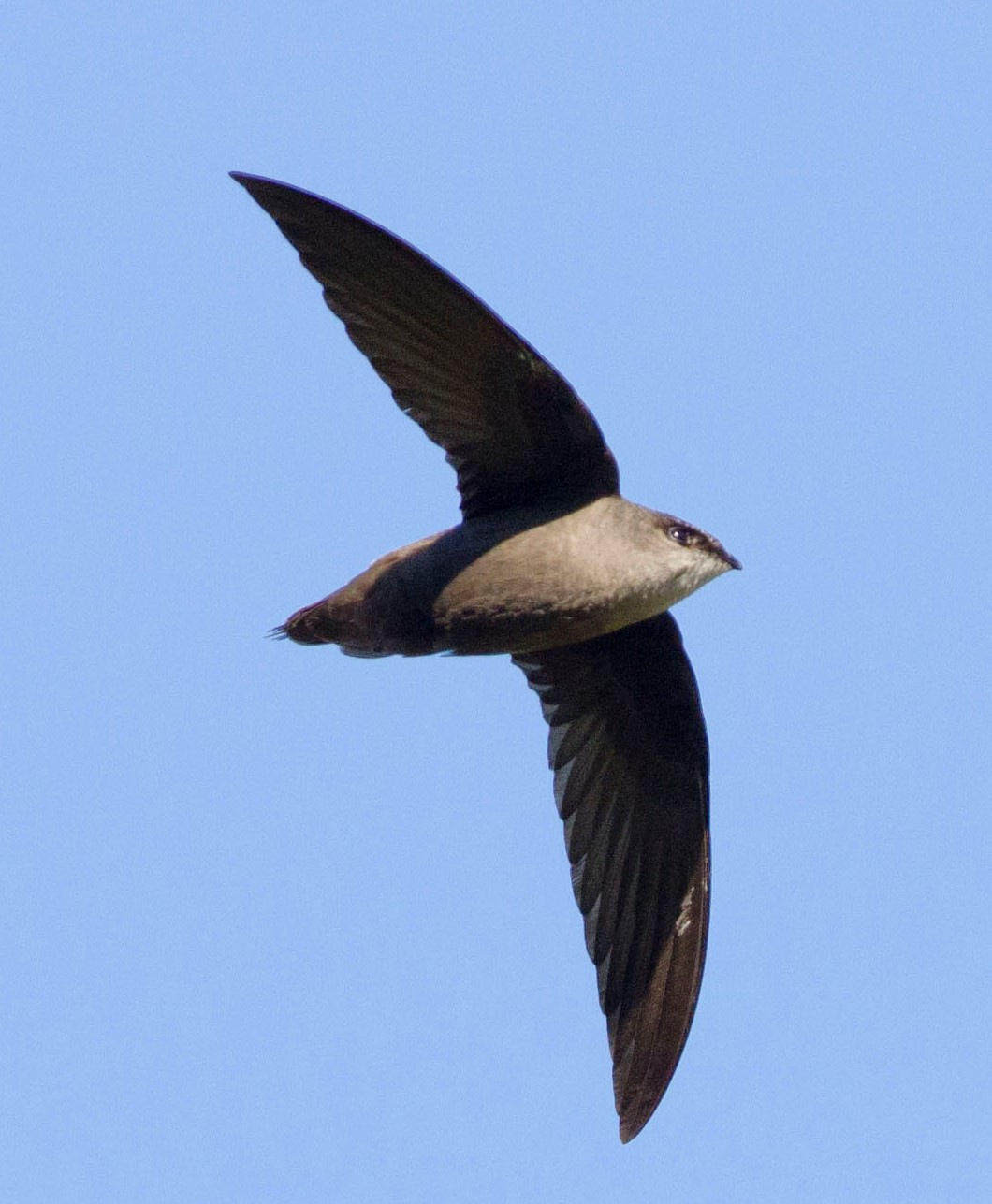 The Chimney Swift Fund is actively reducing a main threat affecting this species: the continued loss of habitat caused by the modification or demolition of chimneys. By providing financial support for the restoration of human-built structures known to be important for the Chimney Swift, it helps ensure the availability of nesting and roosting sites for current and future generations of swifts in Canada.

The first supported projects (see below) involve seven chimneys designated as critical habitat by the national recovery strategy for the Chimney Swift, as proposed earlier this year by Environment and Climate Change Canada. On-the-ground volunteers and staff from Birds Canada’s Project SwiftWatch, QuébecOiseaux, or Environment and Climate Change Canada’s Canadian Wildlife Service, have surveyed swift activity at these sites. Monitoring will continue to measure the success of the restoration work. 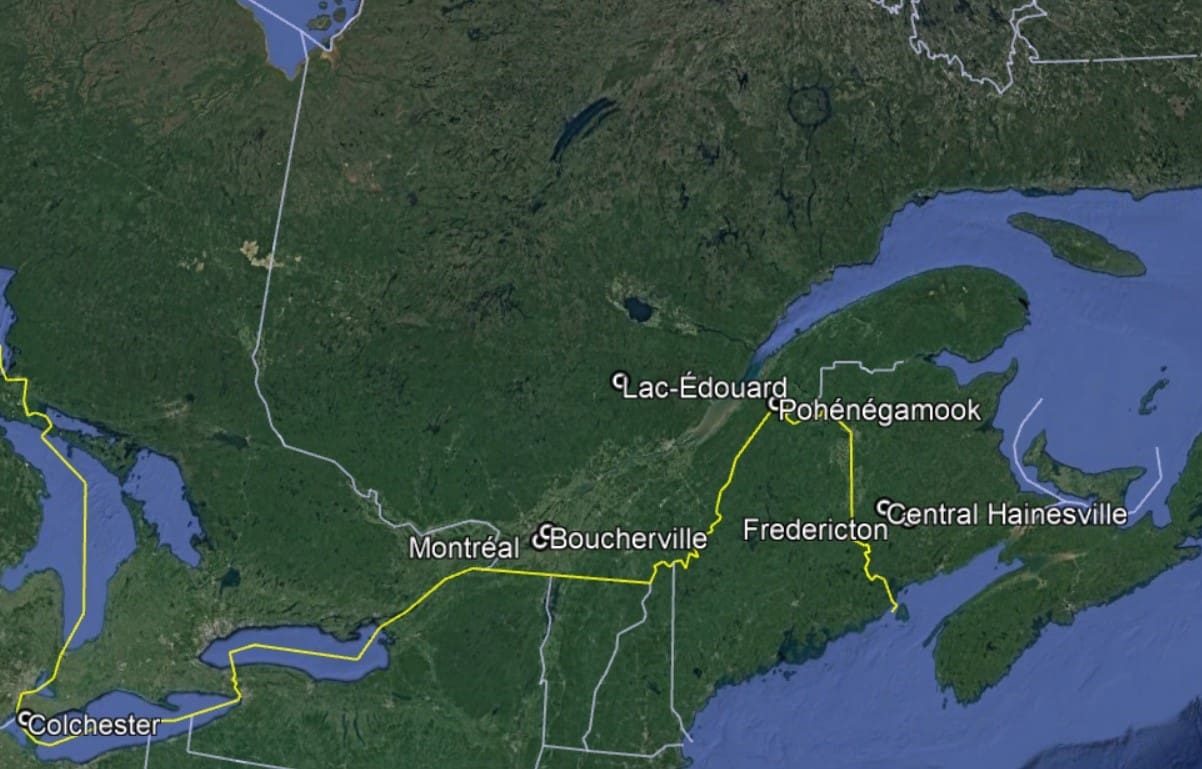 Location of the chimney restoration projects supported so far by the Chimney Swift Fund.

The variety of projects supported this year really highlights the diversity of buildings that can actively contribute to Chimney Swift conservation. It also illustrates the range of settings these chimneys can be in, the different numbers of birds using them, and the fact that a chimney can be used as a roost site, a nest site, or both.

For example, on a single night during migration, about 80 swifts may roost in the chimney to be restored on the old schoolhouse in Colchester, Ontario, whereas the chimney that will be repaired on a house in the city of Montréal, Québec, is used as a nest site. Typically, a single pair nests in a chimney, sometimes aided by a few helpers. The restored chimney on a church in Boucherville (see below), Québec, will continue to provide a suburban nest site, as well as a roost for about 12 swifts. On a slightly larger scale, the chimney of a church in Pohénégamook (see below), Québec, offers both a nest site and a roost site for over 370 migrating swifts. Surveys also indicate that up to about 180 swifts may roost in the large chimney being restored at a former sanatorium in Lac-Édouard, Québec (see below). Again, this rurally located chimney serves as a nest site, too, as does the chimney being restored on a farmhouse in Central Hainesville (see below), New Brunswick. Last, but by no means least, work on the chimney of a commercial building in Fredericton, New Brunswick, will help ensure the continued existence of a site that has been used by up to 2700 swifts — the highest roost count for Atlantic Canada!

You can’t be afraid of heights to do chimney repair work! Church of Saint-David de Sully in Pohénégamook, Québec. Photo: Steve Thériault

The Chimney Swift Fund covers up to 50% of the total cost of a restoration project and the grants awarded this year ranged from $1070 to $42,809. The varied repair work, which started after the birds had left on their southbound fall migration and will be completed before they return next spring, includes mending or replacing chimney crowns, repairing or removing damaged rows of bricks, repointing, and installing metal flashings.

Each grant recipient agrees to retain the characteristics of their chimney that makes it suitable for Chimney Swifts. For example, the final diameter of the chimney opening must allow swifts to enter easily, and a rough surface must be maintained on the interior walls to allow the birds to perch or nest. If the height of a chimney needs to be reduced, the final height must be at least 2 m above the adjacent roof, and, obviously, no screen, cap or spark arrestor can be fitted.

Recipients also agree to protect and maintain the restored chimney for at least 10 years and commit to monitoring Chimney Swift activity over five years, or allowing volunteers from provincial Chimney Swift programs to do so.

For Anny Théberge, president of the St-David de Sully parish council, the chimney swifts hold a special place in her memory. As a child, she was regularly witness to a scene of groups of chimney swifts spiralling into the church chimney in her parish, so after chimney swifts disappeared and later returned, she was thrilled to have the opportunity to repair the damaged chimney using funds from the Chimney Swift Fund.