COP15, also called NatureCOP, was the world’s chance to come together and commit to an ambitious plan to halt and reverse nature loss. Considering that global wildlife populations have plummeted by nearly 70% in the last 50 years, there was no time to waste. Countries from around the world that had signed the United Nations Convention on Biological Diversity came together in Montreal from December 7-19. Birds Canada joined the call for Canada to help land a global deal to halt and reverse biodiversity loss before it’s too late.

What was the outcome of COP15?

At COP15, a global framework to halt and reverse biodiversity loss was agreed to.

This global framework includes meaningful financial commitments for transferring funds to locations that need it the most, so that high-impact actions can be implemented to address biodiversity loss.

The Post-2020 Global Biodiversity Framework also includes, for the first time, an acknowledgement of the human right to a healthy and clean environment. This came hand in hand with an increased focus on Indigenous-led conservation. While work remains to be done, Canada’s domestic commitment of up to $800 million to support Indigenous-led conservation is a meaningful step.

Our President & CEO Patrick Nadeau came on The Warblers Podcast to reflect on his time at COP15, share key outcomes, and interpret what they mean for biodiversity in Canada and the world. Listen to the mini episode here! 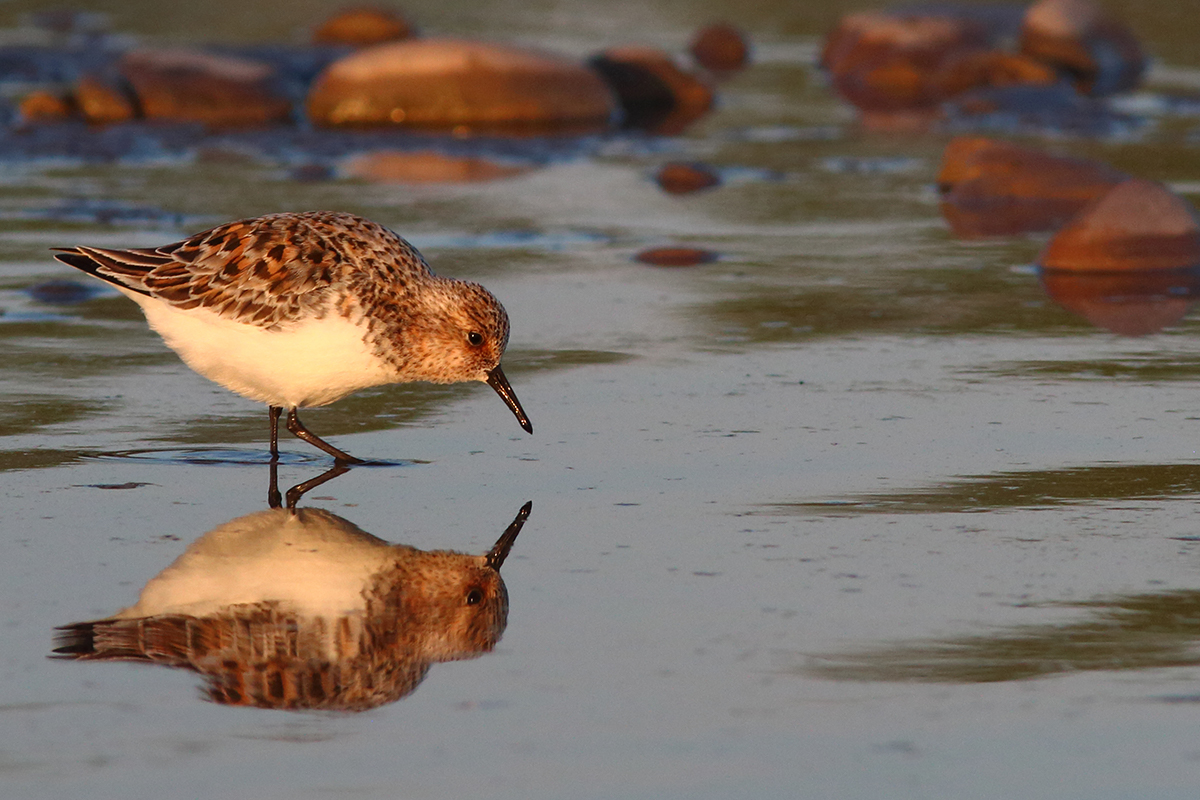 Sending messages of hope to Montreal

Birds Canada staff located in BC, Ontario, and the Atlantic region helped welcome Nature Canada’s NatureBuses to their communities in late November and early December. The buses picked up letters from members of the public, including messages of hope and calls to action, to deliver to Prime Minister Justin Trudeau at NatureCOP. The Honourable Steven Guilbeault, Minister of Environment and Climate Change, accepted the thousands of messages in Montreal on the first day of NatureCOP on behalf of the Prime Minister. These “letters of hope” were then showcased in an inspiring public display. 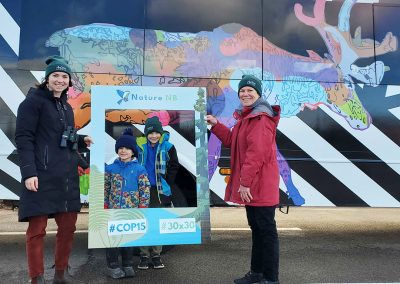 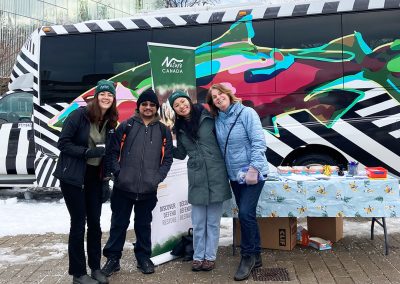 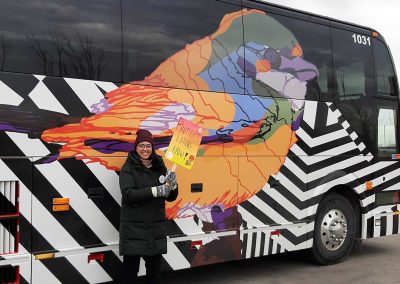 Canada set the tone in the first few days of NatureCOP with new and substantial funding announcements. It committed to dedicate $1.15 billion to biodiversity: $800 million to support Indigenous-led conservation and $350 million to support biodiversity conservation internationally. The Québec government reiterated the announcement of its long-awaited Nature Plan, with an investment of $650 million over seven years, including $345 million over the next four years. You can hear more on these announcement from our President and CEO, Patrick Nadeau, in this video.

On December 8, Minister of Environment and Climate Change Steven Guilbeault signed the certificates to officially recognize 14 cities in six provinces in Canada as Bird Friendly Cities. These cities are the latest to have met criteria required by Nature Canada’s Bird Friendly City program. As a national partner of this program, Birds Canada congratulates the newly-certified cities!

March for Biodiversity and Human Rights

On December 10, Birds Canada staff took to the streets of Montreal! We joined thousands of people from around the world in demanding that countries integrate a rights-based approach to conservation in the Global Biodiversity Framework and be ambitious in their commitments to halt and reverse biodiversity loss. Birds Canada staff and volunteers wore beautiful bird costumes provided by Shadowland Theatre and walked alongside our bird conservation partners. Our banner broadcast the important reminder: “The world needs birds”. That same day, we learned that the acknowledgement of the human right to a clean, healthy, and sustainable environment had been strengthened in the section of the framework outlining principles for implementation. This gave us all hope that the new convention could become a truly transformative agreement. 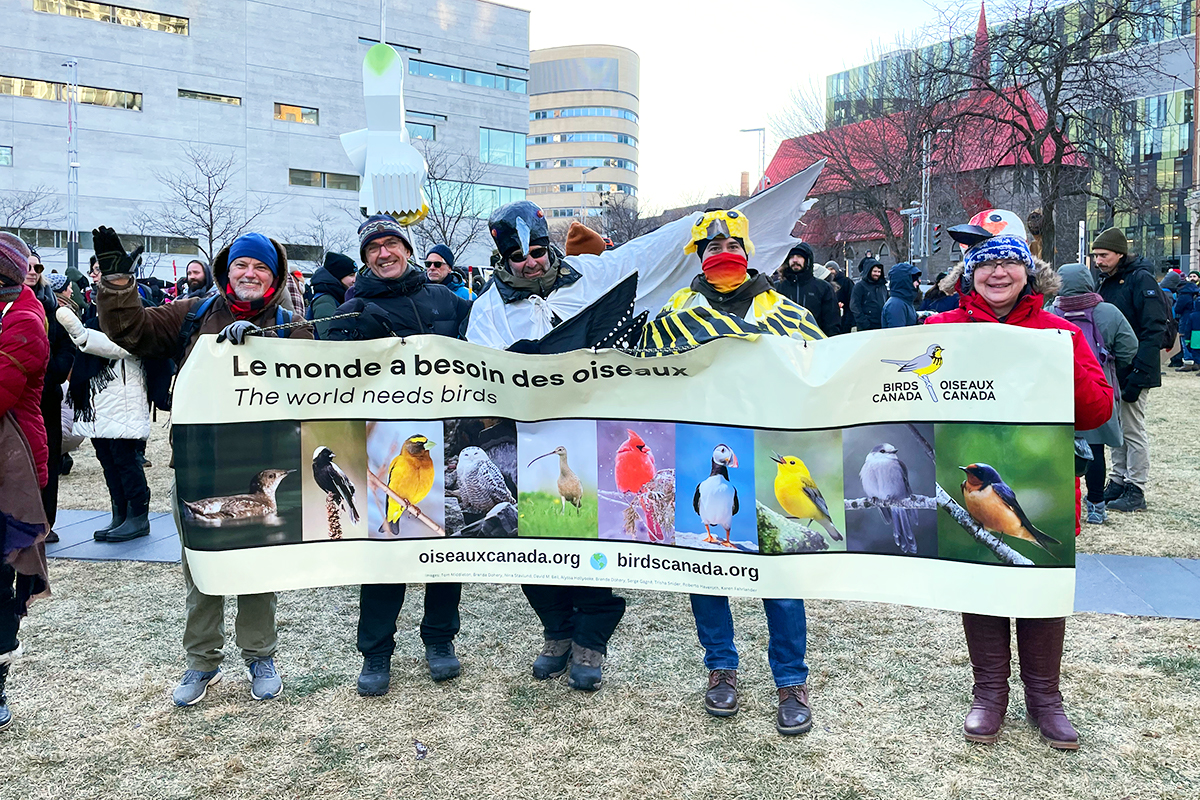 Birds Canada staff at the March for Biodiversity and Human Rights on December 10, 2022 Photo: Birds Canada

Moving beyond halting biodiversity loss to address reversing losses that have already occurred, Canada joined the Bonn Challenge on December 12. The Bonn Challenge is a global program to restore 350 million hectares of degraded and deforested landscapes by 2030. Canada’s first pledge was to restore 19 million hectares through existing federal programs.

Unfortunately, specific mention of Key Biodiversity Areas (KBAs) was removed from the part of the Framework focused on protected areas early in the negotiations, in favour of the broader term, “areas of importance to biodiversity”. There is no quantifiable definition of what counts as an “area of importance to biodiversity”, so it was for critical that Key Biodiversity Areas be included as part of the definition in the Framework glossary and as a relevant indicator in the monitoring framework. Andrew Couturier from Birds Canada was part of a session demonstrating to the world how KBAs have been applied in Canada and that they are an effective way to identify areas of importance to biodiversity. Fellow member on the KBA Canada Secretariat, the Wildlife Conservation Society, produced this great video highlighting stories from across the country about how the KBA designation is being put to good use. In the end, collective effort of the BirdLife International community and others committed to KBAs was not successful. Key Biodiversity Areas were not kept as specific targets within the text of the framework. However, KBAs are still being considered as part of the monitoring requirements supporting the framework, so remain an important part of the global toolkit for conservation. 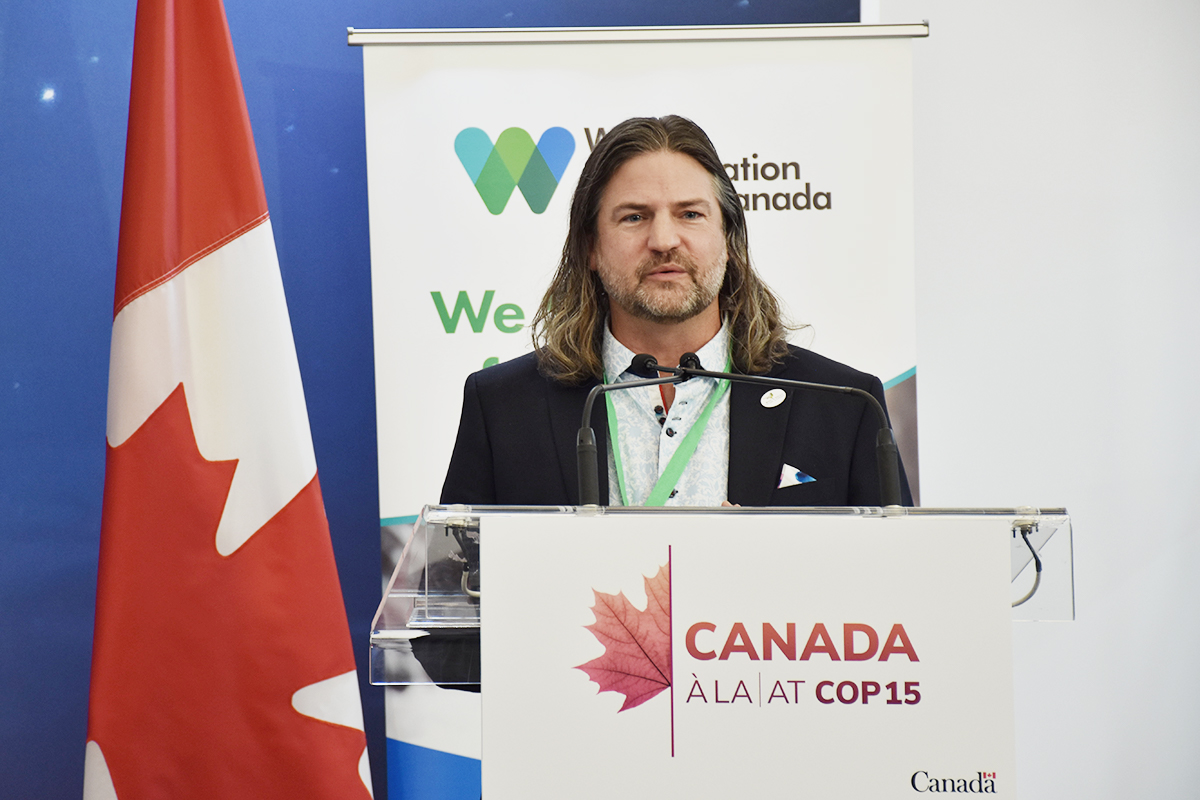 On December 15, Nature Canada hosted a panel of nature champions across the country along with BirdLife International CEO, Patricia Zurita, and Canada’s Minister of Environment and Climate Change, Steven Guilbeault. Each of the panelists touched on action needed to meaningfully halt and reverse biodiversity loss in their part of the country. Notably, Minister Guilbeault identified an element that will be foundational to all the high-level commitments being made in Montréal: a national law to implement the commitments here in Canada. Minister Guilbeault stated he believes Canada needs biodiversity accountability laws to enact the global targets in our country. Birds Canada shares this perspective, and will continue to engage Environment and Climate Change Canada and other government partners towards realizing that new law.