December 19, 2022 – Unceded territory of the Kanien’keha:ka – Montreal – Canadian environmental groups welcome the Kunming-Montreal Agreement at COP15 in Montreal to halt and reverse global biodiversity loss by 2030 and applaud Canada’s leadership, which was instrumental in landing the deal.

This historic deal was adopted by 196 countries under the UN Convention on Biological Diversity, including Canada.

Under this agreement, governments have committed to conserving at least 30% of land and of ocean globally, and respecting the rights of Indigenous Peoples and recognizing contributions of Indigenous and traditional territories towards this goal.

Governments have also committed to eliminating subsidies harmful to nature while increasing international finance for biodiversity conservation. Specifically, developed countries will contribute USD 20 billion a year until 2025, increasing to 30 billion a year until 2030, into international finance for developing countries to mobilize conservation efforts globally.

This win for people and the planet will need a whole-of-government and whole-of-society approach to achieve these ambitious goals. Governments at all levels, businesses, and society must act together to halt and reverse biodiversity loss and address the climate crisis in the coming years to build on the momentum achieved at COP15.

Environmental groups applaud Steven Guilbeault, Canada’s Minister of Environment and Climate Change, for his leadership at COP15 in landing an ambitious global deal and advancing conservation in Canada by committing to:

With merely eight years until 2030, it’s crucial Canada takes meaningful action now to support implementation of this deal at home. Canada urgently needs this domestic action plan, including new legislation to hold all levels of government accountable while upholding the rights and jurisdiction of Indigenous peoples and working in full partnership with them to protect nature.

Canadian environmental groups will work with all levels of government, Indigenous peoples, and the private sector in Canada to translate the Kunming-Montreal Agreement into ambitious federal, provincial, and territorial action to deliver on promises made in Montreal.

“Birds Canada is heartened by the adoption of the Kunming-Montreal Global Diversity Framework and what it could mean for wild bird populations around the world. We congratulate the Canadian delegation for the strong leadership they showed at COP15. We at Birds Canada look forward to working with the Government of Canada, Indigenous peoples and local communities across the country in the implementation of this new framework.” Patrick Nadeau, President & CEO, Birds Canada

“We are encouraged by Canada’s leadership on the road to this historic global agreement to halt and reverse biodiversity loss by 2030 – a short eight years from now.  To do its part at home to meet targets and ensure a future for nature, Canada’s provinces and territories must work together with the federal government and Indigenous governments to put in place concrete action plans to protect 30% of land and ocean in Canada that will prioritize Indigenous-led conservation and protect the most important ecosystems and vulnerable species through strong and effective conservation measures that respect Indigenous rights.” Sandra Schwartz, National Executive Director, Canadian Parks and Wilderness Society (CPAWS)

“This historic global deal provides hope that we can collectively halt the planet’s current path towards extinction in a way that centres Indigenous rights and knowledge. Implementation of this agreement will be the crucial issue, and must start now. We commend Canada’s leadership in setting out ambition for a national action plan to halt and reverse nature loss here at home, with new legislation to ensure accountability.” Gauri Sreenivasan, Director of Policy and Campaigns, Nature Canada

“While the adoption of the Kunming-Montreal Global Biodiversity Framework was occurring, the room’s atmosphere had a combination of elation over the world doing something incredible together and a sense of awesome responsibility for the work ahead to make the ambition real. Setting targets for reversing species loss, reducing pesticides and protecting the most at-risk habitats is amazing. These targets are coupled with the need to truly respect the rights of Indigenous Peoples while confronting colonialism and resource extraction harms to all people and the biodiversity we are a part of.” Jay Ritchlin, Director-General Western Canada and Nature programs at the David Suzuki Foundation

“Years in the making, the Global Biodiversity Framework has finally come to fruition with the world agreeing to halt and reverse nature loss by 2030. Crucially, the results of COP15 in Montreal not only makes a strong commitment to protect and restore the planet’s lands and waters, it does so with recognition of Indigenous Peoples’ rights, title, knowledge and stewardship. Now this ambitious text must be turned into urgent action, and the hard work of implementation begins.” Megan Leslie, president and CEO, WWF-Canada

“This historic declaration is a shared starting point for tackling the extinction crisis and restoring nature worldwide. Today we mark this important moment — and tomorrow the hard work begins to translate ambition into action. Here in Canada, as in the global deal, Indigenous rights and accountability measures are key to success. New legislation to protect nature and biodiversity in Canada, as Minister Guilbeault acknowledged last week, is urgently needed to make these new commitments a reality.” Reykia Fick, Nature and Food Campaigner, Greenpeace Canada

“The Kunming-Montreal post-2020 Global Biodiversity Framework has the potential to reshape the world’s exploitive relationship with nature. Whether the deal lives up to this potential will depend on how individual countries, such as Canada, implement it domestically. We urge the Government of Canada to move to enshrine Canada’s 2030 nature targets in an accountability law where 30×30 is the floor rather than the ceiling, clear timelines are set out, protection and restoration practices are decolonized, and which ensures future governments are held to account for meeting Canada’s nature targets. This law must be developed in ethical cooperation with Indigenous leadership and represents an opportunity to reimagine the role of Indigenous governance alongside our existing colonial system of laws.” Melanie Snow, Legislative Affairs Specialist, Ecojustice

“The new agreement opens the door for Canada and Indigenous communities to focus comprehensively on the marine and coastal environment. This will require a shift in the direction of Fisheries and Oceans Canada where existing programs need to align on a biodiversity and climate agenda, and ensure accountability. Canada must also take this ambition and leadership to international ocean fora. In the next three months, significant global ocean conservation opportunities include concluding a new treaty to protect high seas biodiversity on the 50% of the planet and ensuring that deep seabed mining does not start.” Susanna Fuller, VP conservation & Projects, Oceans North

“We welcome the adoption of a strong international Global Biodiversity Framework at COP-15, one that centres Indigenous rights and global justice. This is a hopeful moment in the fight to protect the nature that sustains us. Canada’s strong leadership in the negotiations offers further hope for the true test – implementation. The concrete actions needed to reverse our current planetary path of self-destruction depend on urgent and collective government action as well society-wide transformation.” Maggy Burns, Executive Director, Ecology Action Centre

“This Kunming-Montreal deal is a transformational opportunity for biodiversity justice, a moment to secure a safe future away from current colonial, destructive and suicidal pathways. We welcome Canada’s critical role in ensuring the adoption of the Global Biodiversity Framework. This must be a bottom line for ambition and an early demonstration of Canada’s efforts to address the underlying causes of the biodiversity and climate crises. With the mass extinctions we’re witnessing, the rapid disappearance of places and species we love and upon which we depend, the Montreal – Kunming deal must propel us forward into a new era of urgent action and solidarity.” Eddy Pérez, International Climate Diplomacy Director at Climate Action Network – Réseau action climat Canada (CAN-Rac)

“B.C. Nature would like to congratulate the Canadian delegation and Minister Guilbeault for the strong leadership they showed at COP15 and for the adoption of the Kunming-Montreal Global Diversity Framework. In a time of unprecedented threats to biodiversity, this agreement demonstrates the potential for the international cooperation necessary to turn the tide on species loss. We sincerely hope that the goals set forth serve as a floor rather than a ceiling and that through supporting Indigenous-led conservation and local communities across Canada and the world, this agreement marks the turning point for stemming biodiversity loss.” – Stewart Guy, Executive Director, B.C. Nature

“It is significant that the world has recognized how destructive pollution can be for biodiversity in Target 7 of the new Biodiversity agreement. For the first time, parties have agreed to an explicit objective on pesticides, committing to reduce overall risk from pesticides and highly hazardous chemicals by at least half by 2030. This is an important move, and we look forward to working with ECCC, Health and Agriculture ministers to rapidly develop action plans for Canada to reduce pesticides and other highly hazardous chemical inputs in agriculture, forestry and other uses by at least 50 per cent.” Cassie Barker, Toxics Senior Program Manager, Environmental Defence

“The SeaBlue Canada coalition welcomes this historic agreement, particularly the acknowledgement of Indigneous rights and the commitment to 30 per cent protection of our ocean by 2030. Let us take this shared momentum and ensure quality and equitable protection on the ground. The countdown to 2030 starts today.” Jennifer Josenhans, National Coordinator, SeaBlue Canada Coalition

“Wildsight welcomes the Kunming-Montreal Global Biodiversity Framework as an historic step towards protecting global biodiversity by 2030 and applauds the recognition of Indigenous People’s rights and knowledge within the framework. We look forward to Canada’s continued leadership to support Indigenous-led conservation and enact an accountability law that enshrines nature protection targets.” Wyatt Petryshen, Mining Policy and Impacts Researcher, Wildsight

“The Alliance of Canadian Land Trusts welcomes the Kunming-Montreal post-2020 Global Biodiversity Framework that will advocate for nature across the globe.  Over 140 community land trusts across Canada are prepared to contribute towards halting and reversing nature loss by 2030 through conservation of private land that consists of some of the most endangered natural spaces in Canadian South.” Renata Woodward, Executive Director, Alliance of Canadian Land Trusts

“The ChariTree Foundation welcomes the historic Kunming-Montreal global biodiversity deal to safeguard nature. This trailblazing deal will give children around the world more opportunities to get outdoors and fall in love with nature. That’s important because you protect what you love and that means more kids will grow up to protect nature too.” Andrea Koehle Jones, Founder & Lead Children’s Environmental Education Advocate, The ChariTree Foundation 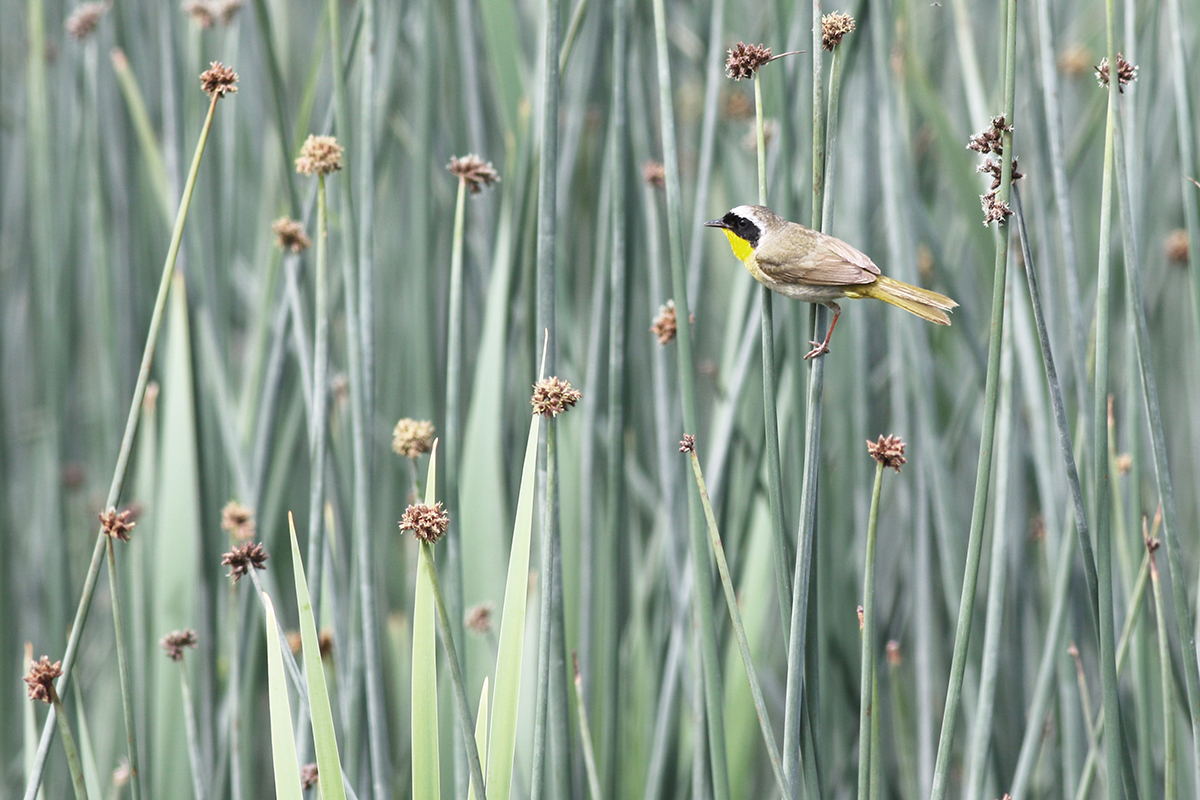