The 33rd “Scientifique de l’année de Radio-Canada” (Radio-Canada’s Scientist of the Year) award will go to the four co-authors of The Second Atlas of the Breeding Birds of Southern Québec: Denis Lepage and Andrew R. Couturier from Birds Canada, Marie-Hélène Hachey from Regroupement QuébecOiseaux, and Michel Robert from Environment and Climate Change Canada’s Canadian Wildlife Service.

The Second Atlas of the Breeding Birds of Southern Québec is the culmination of the largest ornithological project undertaken in Québec in a quarter of a century. All proceeds from the sale of the new atlas will go to the Atlas Fund managed by Regroupement QuébecOiseaux, an organization that encourages the study and protection of birds and promotes birdwatching.

Each year, the Société Radio-Canada, the French-language service equivalent of the Canadian Broadcasting Corporation, awards the title of Scientist of the Year to a French-speaking Canadian scientist who has distinguished himself or herself in his or her discipline. The winner is chosen by a committee of journalists from Radio-Canada’s Science team. Very rarely, the title is awarded to a team as it is this year.

Breeding bird atlases are powerful tool for informing conservation action, and they also allow volunteers from all walks of life to put their skills to action for birds.

During the second Québec Atlas, which was published in April 2019, close to 2000 Citizen Scientists dedicated more than 100,000 hours to gather data in 4033 survey squares. Close to 1.5 million records, including data from Birds Canada programs (Canadian Lakes Loon Survey, Marsh Monitoring Program, Nocturnal Owl Survey, and Project NestWatch), allowed the National GIS Lab to create maps illustrating changes in the distribution of species and the probability of occurrence. With this data, the scientists were also able to create relative abundance maps that show hotspots for potential conservation efforts.

Birds Canada will be working with its partners to ensure that the atlas results inform conservation solutions, both in Canada and elsewhere.

Breeding bird atlases are, above all, team efforts, involving multiple organizations, funding partners, and Citizen Scientists. Birds Canada would like to thank all who made this project possible, and encourage those currently working on similar projects in Saskatchewan, Newfoundland, and beyond. 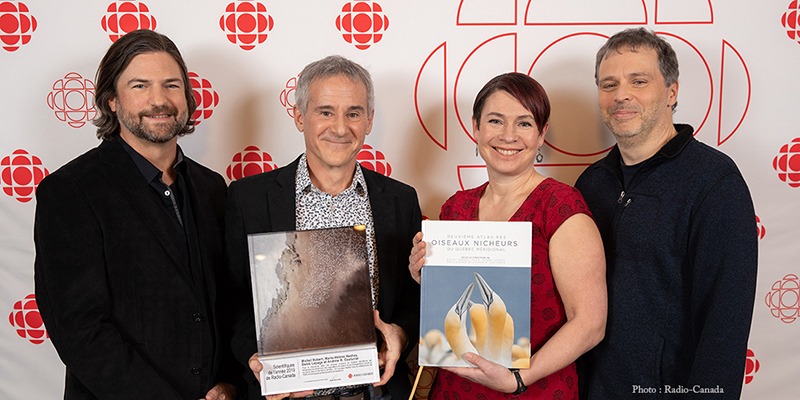 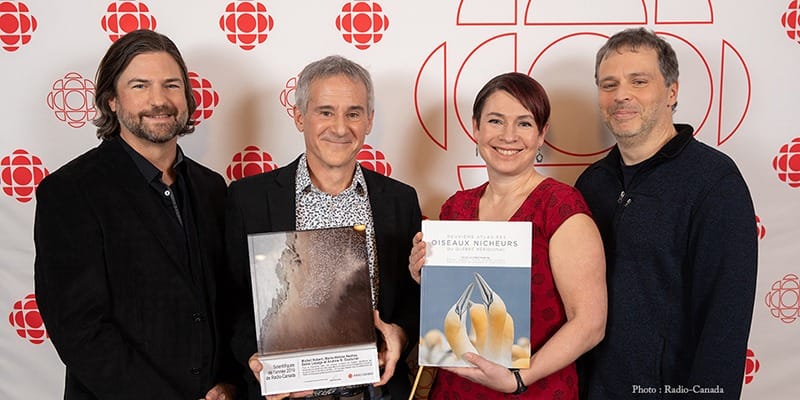