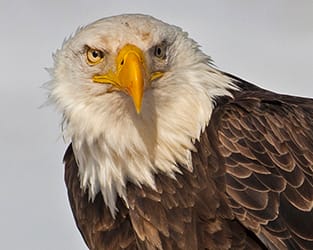 This year, BioBlitz Canada 150 events have been uniting scientists, naturalists, and volunteers of all ages in exploring and documenting biodiversity across the country. This blog post is a sequel to one we posted in July, which contains more details about BioBlitz Canada 150 and bioblitzes in general. It also describes two exciting events that took place earlier this summer in Regina, SK and in southern Ontario, so check it out if you’re curious!
More recently, Bird Studies Canada had the honour of being involved in two flagship BioBlitz Canada 150 events: one in Vancouver, and another in Québec City. Read the stories below from regional staff to find out what happened.

Stanley Park BioBlitz 150
Stanley Park is a densely-forested park in the heart of Vancouver that borders the English Bay and Burrard Inlet Important Bird and Biodiversity Area. Bird Studies Canada joined the Stanley Park Ecology Society and many other organizations at the event, which took place on August 12 and 13. Our B.C. staff led two bird-focused nature exploration sessions and had a booth at the festival.
Catherine Jardine guided a group of 30 people along the Seawall. They had some fun comparing Double-crested Cormorants with Pelagic Cormorants nesting beneath Vancouver’s iconic Lion’s Gate Bridge. But the highlight of this walk had to be the family of river otters encountered playing on the shore just metres away from the observers, with the babies tumbling and wrestling until the parent returned with a large fish to share.
B.C. Program Manager Dr. David Bradley led another group of 30 through the thick forest to Beaver Lake. There, they saw a Merlin zoom across the water and land on a dead tree, providing excellent views for all. A small group of American Goldfinches foraging by the side of the trail excited many. Kids were very enthusiastic about chickadees, and after a bit of patient “pishing” were rewarded with a good look at the end of the walk.
Want to know what else was spotted in Stanley Park during the bioblitz? View observations and photos on the event’s iNaturalist page.

Québec BioBlitz
Bird Studies Canada’s Québec Program Manager, Andrew Coughlan, took part in this BioBlitz Canada 150 event, held at Québec City’s Beauport Outdoor Centre on September 1 and 2.
The event, which was organized by the Groupe d’éducation et d’écosurveillance de l’eau, aimed to give visitors from Québec City a better understanding of the ecosystems surrounding them, and particularly the wetlands at the outdoor centre.
The Bird Studies Canada kiosk attracted many visitors, and Andrew felt that the event achieved its goals. The highlight for him, without a doubt, was the participation of more than 650 keen youth, from primary-school children to college students, in numerous surveys and conservation activities. We hope this experience will help kindle engagement in many future champions for nature.
Participants on both days were treated to spectacular views of Bald Eagles, and a pair of Pileated Woodpeckers was active in the vicinity of the kiosks.
Bird Studies Canada thanks the Canadian Wildlife Federation, BioBlitz Canada, the Government of Canada, and all the organizing partners and supporters who made these events possible. We also extend our gratitude to the many nature lovers who volunteered their time taking stock of Canada’s precious biodiversity.
A few more BioBlitz Canada 150 events are coming up later in September in select regions. Check the event calendar to see whether there will be one near you.