Celebrating and protecting the birds of Delta, BC

I have never seen so many Great Blue Herons in my life. I lift my binoculars to admire the profusion of heron nests in the trees. Gawky juveniles wait inside, eyeing the skies for their parents to return with their next meal. I’m not the only one who’s captivated by the herons. As I’m birding, I constantly see locals stopping to admire the battery of herons fishing on the mudflats. This heron colony, the largest in all of Canada, is a local gem. 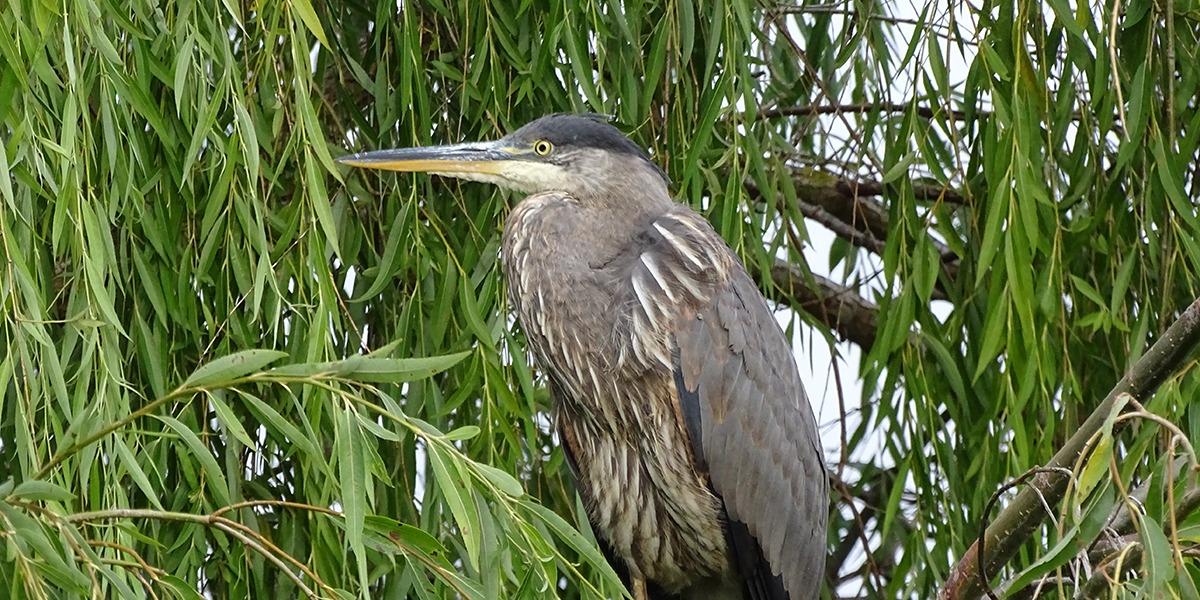 I am in Delta, BC, in one of the province’s richest ecosystems. Just south of Vancouver, Delta sits at the doorstep of the Fraser Estuary Important Bird and Biodiversity Area, a major hub for birds migrating along the Pacific Flyway. In collaboration with Birds Canada and other partners, the City has launched the Birds Love Delta campaign to spread awareness about bird conservation in this very special place.

In Delta, the freshwater of the Fraser River spills into the salty Salish Sea, forming one of the most productive ecosystems in the province – the Fraser River Estuary. The rich mosaic of marine, estuarine, freshwater, and agricultural habitat supports millions of birds that congregate here in fall, winter, and spring. It really is a place like no other, especially for the many Great Blue Herons that nest and winter here.

The Great Blue Herons here are not typical. Distinguished by their smaller size and darker colouration, they are of the rare fannini subspecies that has specifically evolved to fishing on intertidal habitats. This heron subspecies is unique to this corner of BC and is found almost nowhere else.

The colony at the Fraser Estuary, however, is surrounded by industrial and urban development on all sides. Every day, huge cargo ships slither in and out of the Roberts Bank marine shipping terminal right next to the colony and the mudflats. As Vancouver and its port continue to grow, birds are having to put up with more development every year. Thankfully, many efforts are underway to protect habitat in the Fraser. 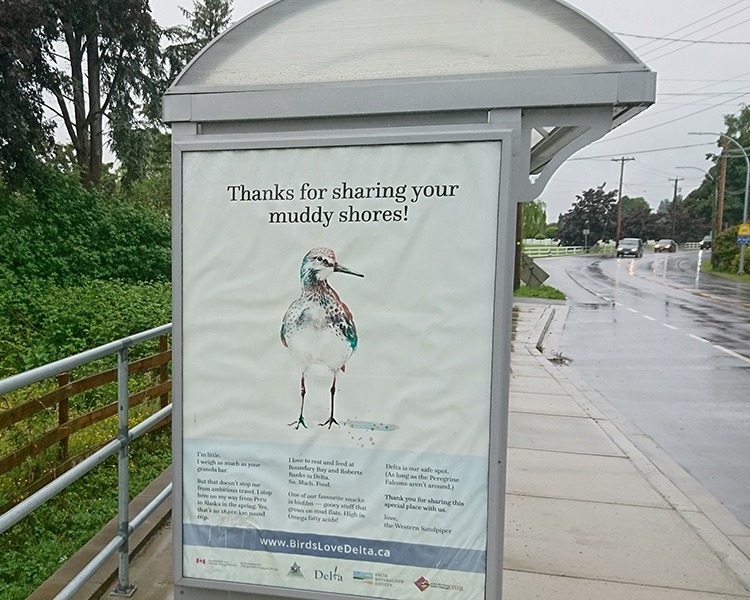 Over 25 stakeholders are working to improve habitat in the Fraser, including the Pacific Bird Habitat Joint Venture who is leading conservation efforts across the Pacific Flyway. Birds Canada has also been very active in conservation through community engagement and by advocating for local wildlife protection policies. Our partnership with local government has resulted in Birds Love Delta, an initiative that celebrates the efforts of Delta residents, community groups, and farmers in protecting and enhancing habitat for birds.

These partnerships will be especially important in the coming months as threats to the Fraser Estuary persist. The most immediate threat to the Fraser Estuary is the proposed Roberts Bank Terminal 2 project (RBT2), which, if built, will endanger Barn Owls, Pacific and Chinook salmon, and Southern Resident Killer Whales. The project is expected to have adverse effects on forage fish, a major food source of the local Great Blue Herons. As well, Birds Canada and government scientists remain concerned that the project could also disrupt biofilm production and cause the collapse of the Western Sandpiper population.

We could use your help to protect the birds of the Fraser Estuary! Even if you don’t live nearby, you can still support bird conservation in this important region for birds: