Birding in Virginia: From the Coastal Plain to the Piedmont 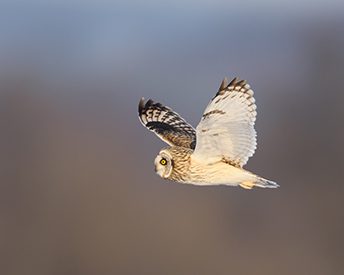 I had assumed that the Great Backyard Bird Count was for birding exclusively in backyards. I do not have a backyard. However, I learned that the count can be done anywhere, so this year I set out to do what I considered my Great Beyond Bird Count!

I started my bird count in a number of under-birded Virginia counties. I was rewarded with my first-of-the-year sightings of Northern Bobwhites, Wild Turkeys, and Pine Warblers.

The next day, I headed out to the Back Bay National Wildlife Refuge. Along the way, I stopped at a nearby marsh and flushed an American Bittern from the reeds. I considered the bittern to be a harbinger of what lay ahead.

At the wildlife refuge, I headed out to the beachfront. The beach walk was great, with unseasonably warm weather and only a handful of people, who were also birders! There were Sanderlings probing the sand. Not far from shore were loons, gulls, scoters, and many diving Northern Gannets, along with a pod of dolphins headed south.

I scanned the ocean continuously and witnessed a Northern Gannet come up with a fish stuck in its throat that it was trying to swallow. Soon, other gannets were attempting to steal the fish and were mobbing the struggling gannet. Loons and gulls circled the melee. It was quite a sight.

On day three of the count, I headed inland to Hog Island Wildlife Management Area. The weather was unexpectedly warm again. I was searching for the American White Pelicans previously reported at this hotspot. Another birder showed me where they were. The pelicans were on a mud bank offshore, and appeared to be enjoying the sun as much as we were. I was thrilled to see them for the first time in Virginia.

During the final day of the count, I travelled around my home county for about 12 hours straight. I ended the day at sunset with two Short-eared Owls.

I observed 100 bird species during the four-day count. I also simultaneously contributed data to the Virginia Breeding Bird Atlas. It is great to have a fun birding activity that is also a Citizen Science project important to bird and habitat conservation efforts.