Birdathon fun spans the country and the seasons in 2020

May is traditionally Birdathon month, and Birds Canada and the Great Canadian Birdathon are very lucky to have such a great group of dedicated participants. Even in these most uncertain times, they are taking a stand and saying, “I’m still doing a Birdathon this year, because the birds still need my help!”

This year we’re inviting you to enjoy your Great Canadian Birdathon any time from now through December, anywhere, any way – as long as you’re safe. We thought we’d share some of the interesting ideas Great Canadian Birdathon participants have come up with so far to have a fun 2020 Birdathon while being mindful of the health and safety of themselves and those around them, and following their local public health recommendations.

This team captained by Quinten Wiegersma consists of birders in their teens (and early twenties – but that part didn’t fit in the team name). Quinten shared their inventive Birdathon plan on the team page:

“Since we can’t be together to bird this spring, in the spirit of staying home, we have decided to set up our chairs or sit on our roofs and count birds as they pass by from our respective yards. This type of birding is known as a ‘Big Sit’.”

The Hooters – Vernon, BC

COVID-19 may have split up their carpool, but the Hooter’s Team still covered a lot of ground. Together they tallied an impressive 114 bird species on their Birdathon day!

According to Margaret Mackenzie, it was “a good day weather wise and pleasant enough at Silver Star Mountain. A nice group of Boreal Chickadees greeted us at the Sovereign Lake Parking Lot along with singing Varied Thrush, Hermit Thrush and Townsend’s Warblers. A little lower on the mountain where the shrubbery was just leafing out, we had good views of a MacGillivray and a Nashville Warbler in the same area … Our highlight and first record for the Birdathon was a Lark Sparrow that Gail, Judy and Lyn spotted on the Grey Canal and which is known to breed there.”

Thank you to Team Captain Wayne Bowles for sending us this photo of Team Tanager (Wayne Bowles, Cory Cardinal, and Robyn Perkins) spreading out to go birding for conservation.  “It will be a little complicated this year as we will have to use separate vehicles, but whatever it takes – the birds will be the winners.” Thank you very much to these teams and the others who have done a Birdathon in support of bird conservation so far this year!

How will you do your 2020 Birdathon? We’d love to hear your story! You can share by emailing me, Kris, at kdobney@birdscanada.org or by tagging Birds Canada on social media (@birdscanada on Twitter and Facebook and @birds.canada on Instagram) with the hashtag #GreatCanadianBirdathon. 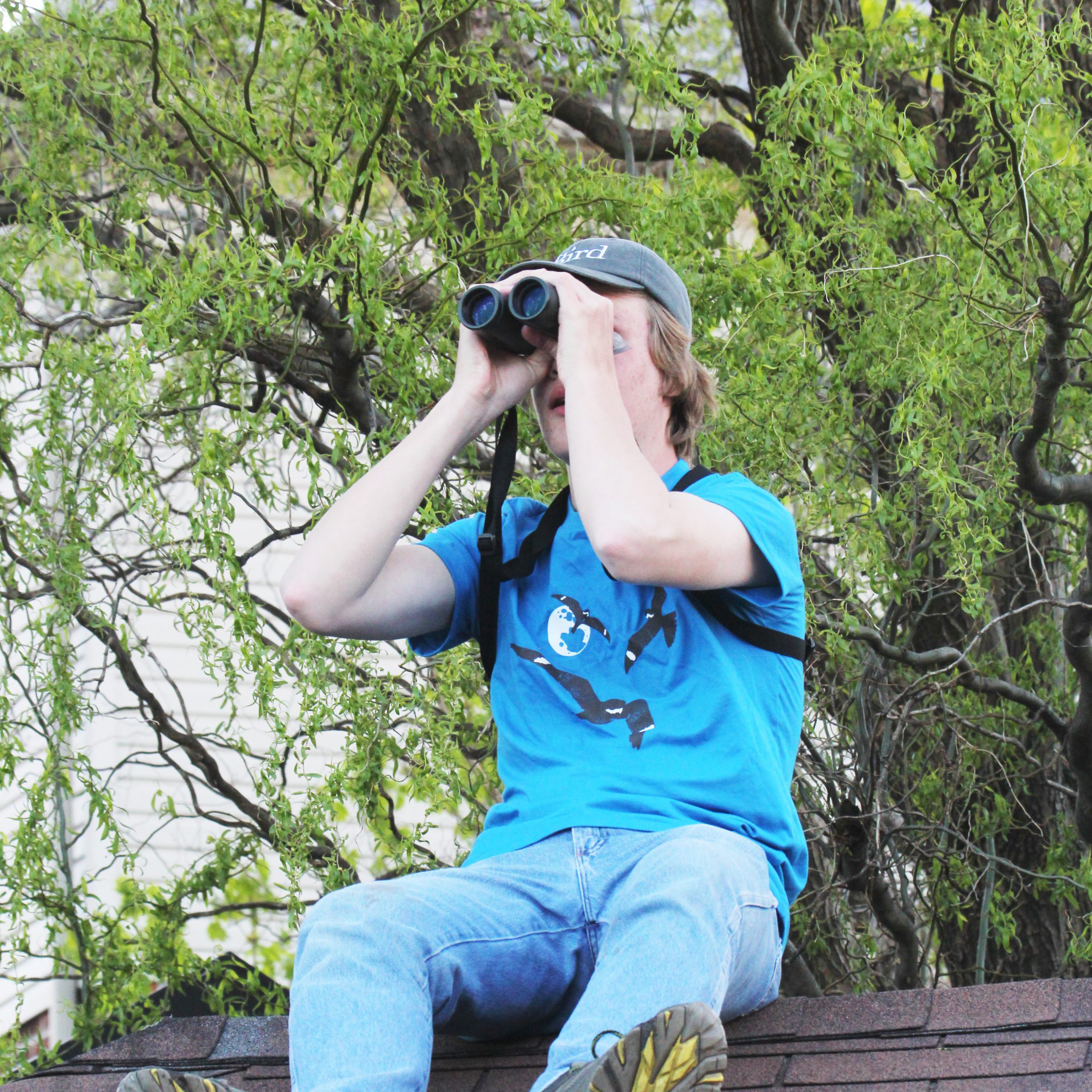