The Louisiana Waterthrush is a large, brown wood-warbler related to the more commonly seen Northern Waterthrush. It has a large white eye stripe, a white throat, pink legs, and a less streaky breast in comparison to the Northern Waterthrush. The Louisiana Waterthrush population appears to be stable, though their numbers are a bit tentative. They are an early breeder, arriving a month before most other warblers. Thus, these birds are often missed on surveys such as the Breeding Bird Survey (COSEWIC 2015).

Louisiana Waterthrushes can often be found hopping in and along cold-water streams, mainly along the northern shore of Lake Erie and in a few small locations across Ontario. They breed in steep-sloped ravines of riparian forests that contain headwater streams, at least 70% canopy cover, an open understory; and are composed of hemlock or mature deciduous trees. Fast-moving, cold, clear streams are preferred as they have a high diversity of aquatic invertebrates to eat. Breeding territories often follow the length of the stream, averaging about 50 m in width. Nests are built in steep stream banks, under logs, or in the roots of fallen trees (Mattsson et al. 2009). In Ontario, they can also be found breeding in the same habitat as the Northern Waterthrush, which consists of hardwood swamps of hemlock or soft maple with vernal (springtime) or semi-permanent pools (Craig 1985).

Erosion, siltation (increase in suspended sediment in the water column), and pollution are among the primary threats to Louisiana Waterthrush habitat (COSEWIC 2015). High water levels, storms, and human development cause the stream banks to erode making the slopes more gradual and exposed to predators. Development that changes the hydrology on the stream, such as making a windy stream into a straight one, can reduce the amount of available nest sites and territories in an area. Siltation, pollution from agricultural run-off, and illegal dumping cause streams to become murkier thus making it harder for Louisiana Waterthrush to find food.

The Ontario Forest Birds at Risk (OFBAR) program surveys the ravines and wooded swamps in southwestern Ontario for breeding Louisiana Waterthrushes and works with landowners to maintain riparian forest habitat. The program is expanding its survey efforts and partnering with local Conservation Authorities to complete habitat and prey surveys. These new surveys will provide vital information on environmental limiting factors that will be used to guide conservation action. OFBAR is also increasing nest searching and monitoring efforts for Louisiana Waterthrush to determine productivity.

The “thrush” part of this species’ name comes from its appearance; its long body shape, long legs, and brown streaks are reminiscent of a Hermit Thrush or Veery.

Louisiana Waterthrushes look like they are wagging their tail. In actuality, they are teetering their bodies up and down which might help them avoid scaring off their prey.

They winter in the forested ravines of Central America and northern South America, and the Caribbean. According to observations, they are territorial on their wintering grounds. 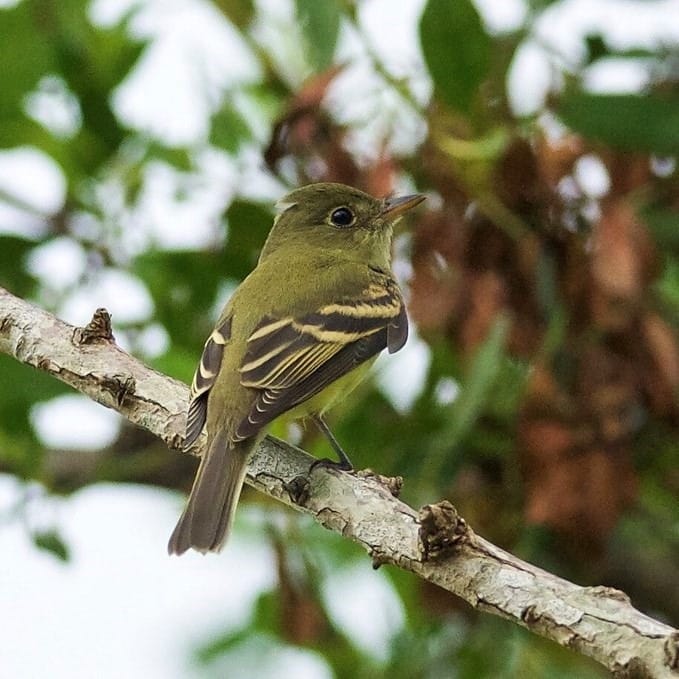 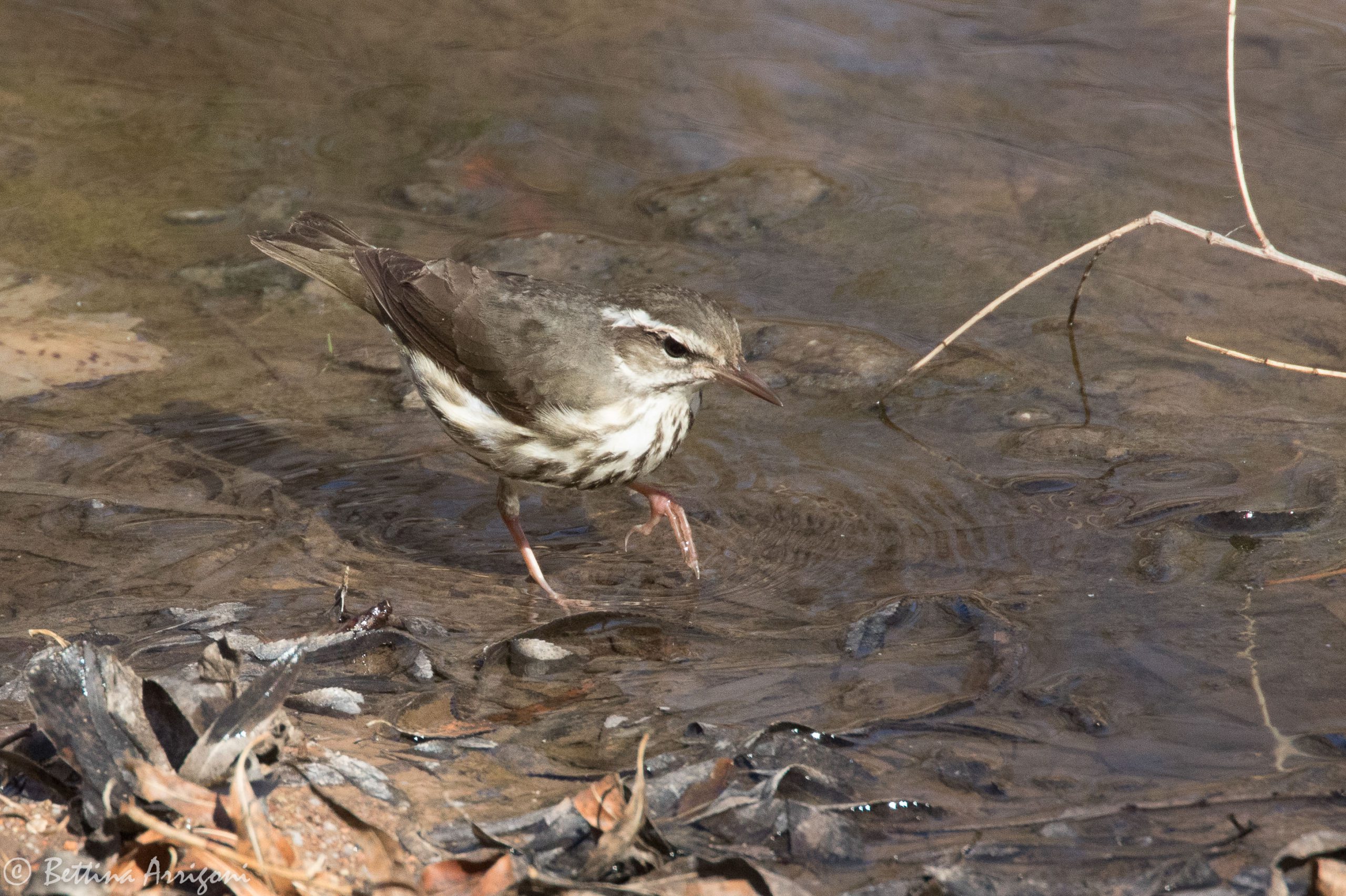