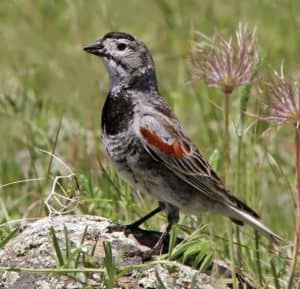 Male Thick-billed Longspurs have black breasts and chestnut patches on their wings. They are bigger and chunkier than sparrows and their beaks are black (sparrows typically have pale beaks ). Males sing a tinkling, cheerful song that gets even more elaborate when singing during flight. You can often hear them from dawn until midmorning during early spring.

These birds live in the dry prairies of Saskatchewan and Alberta. They prefer dry and short grass so they like areas that have been grazed heavier. They have large territories across expanses of prairies where they forage on the ground for seeds and insects like grasshoppers and caterpillars. They nest beside bunchgrasses in suitable habitat.

Formerly known as ‘McCown’s Longspur’. Males display involves raising one wing to show their white underwing. In their spectacular aerial display they fly up, then drop down on raised wings and spread their tail while singing. Receptive females bow and flutter wings in response. The longspur name refers to a long claw on the hind toe. These birds are in serious trouble. We have lost 98% of the population in Canada since 1970. 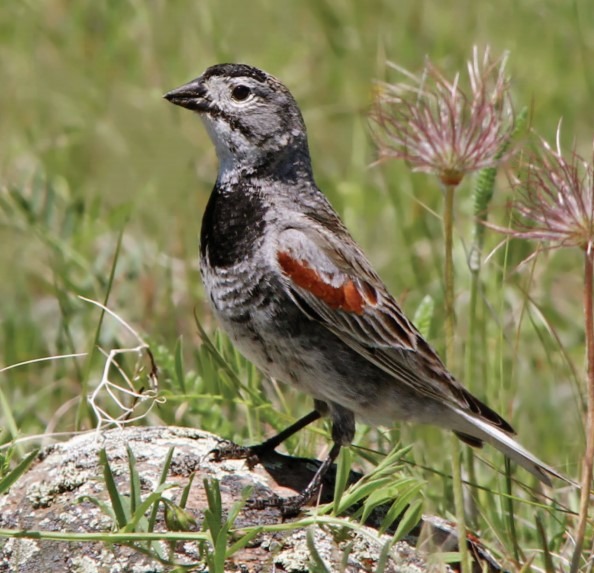