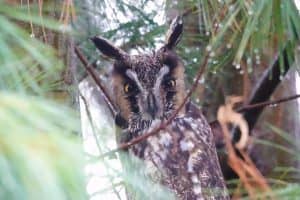 The Long-eared Owl is one of Canada’s most widespread species. It is found in almost every province, and throughout the northern hemisphere, including Eurasia and northern Africa.

Like most owls, Long-eared Owls are primarily nocturnal. During rare encounters with humans, they usually perch close to the trunk of a conifer, where they are remarkably camouflaged. These medium-sized owls have long, distinct ‘ear tuft’ feathers, and an overall brown colouration that includes dark chest streaking and tawny facial discs.

These owls are elusive and much remains to be learned about them. They are difficult to find on surveys, since they don’t respond readily to playback, and they have a low population density. We do know that Long-eared Owls need a mix of dense forest cover (for nesting and roosting) and open habitats, like marshes and fields (where they forage for food, mostly small mammals). They don’t build their own nests, but instead use abandoned stick nests built by other raptors or crows, and they occasionally use tree cavities.

Bird surveys like the Breeding Bird Survey and the Nocturnal Owl Survey don’t adequately sample this species. Small numbers of Long-eared Owls are captured each year by Long Point Bird Observatory and other migration monitoring stations that carry out Northern Saw-whet Owl banding initiatives. More specialized surveys are needed to provide new insights and help researchers derive population trends. It is possible that in some areas, Long-eared Owls have declined due to habitat loss. 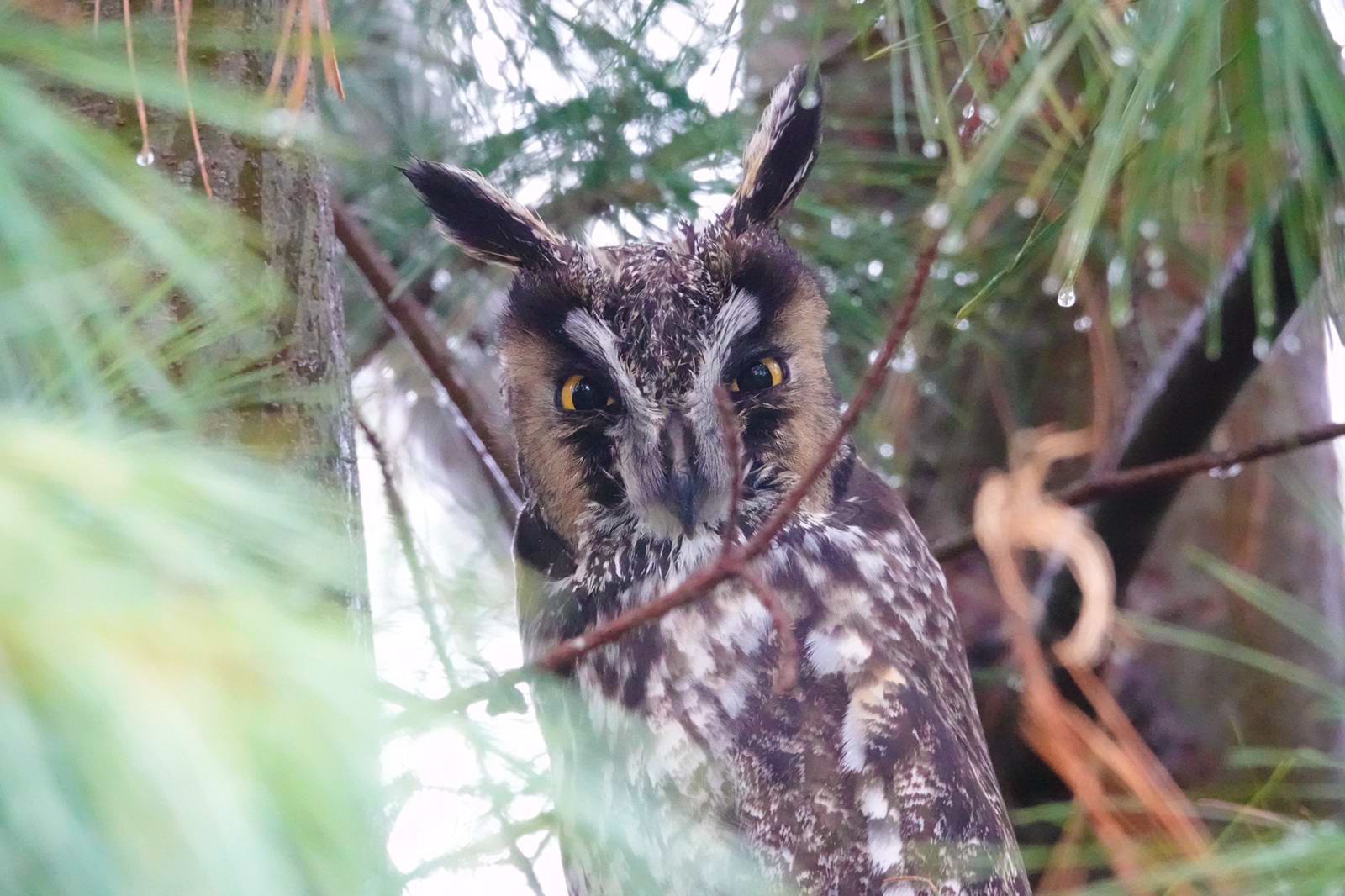