A flycatcher surprise and other Saskatchewan Atlas highlights for 2020

Breeding Bird Atlases document the bird species that breed in a particular region, where they breed within that region, and how their populations change over time. When complete, atlases can help guide important decisions, playing important roles in conservation planning, environmental assessments, education, ecotourism, and more.

The fourth season of data collection for the Saskatchewan Atlas occurred during spring and summer of 2020. Due to the pandemic, we had to cancel workshops that were scheduled in communities throughout Saskatchewan, and instead adapted them to an online video format. Fortunately, the province re-opened to the extent that volunteers could go out and safely collect breeding bird data, particularly in the southern part of the province. Some large gaps in coverage became diminished and we made great progress towards the overall coverage goals in the south. However, due the pandemic’s impact on logistics for atlassing remote northern regions, we were only able to complete a fraction of our plans. If you are interested in joining the atlas in 2021, there is plenty of opportunity to help close gaps in priority areas across the province, especially in northern forested regions.

One of the most exciting finds of the 2020 season was a nesting pair of Cordilleran Flycatchers in the Cypress Hills Provincial Park: the first record of the species for the province! This bird is more commonly encountered in the western U.S. and in Mexico. James Telford was the first to find the pair and take photos and sound recordings. A few days later, Regional Coordinators, atlassers, and other birders re-sighted and further documented the pair with audio recordings, video, and photographs. The Cordilleran Flycatcher and the nearly identical Pacific-slope Flycatcher can be told apart only by their voice. Stan Shadick poured over the audio recordings and compared them to reference material, seeking input from experts. The voice most closely matches that of Cordilleran Flycatchers and the observation has been recorded as such. Other noteworthy birds recorded this year included a Bullock’s Oriole, Sage Thrashers, a Snowy Plover, and Yellow-breasted Chats. Volunteer Dominic Cormier joined Dr. Kiel Drake for a productive five-day atlassing trip in June. Their 174-km paddle journey took them from Empress, AB to Miry Bay, SK, collecting data all the way! Their route along the scenic Red Deer and South Saskatchewan rivers led them to document a variety of swallows, Common Nighthawk, Lazuli Bunting, Pine Siskin, Western Tanager, Spotted Sandpiper, Common Tern, and many more. This memorable trip would be worth repeating with another of group of atlassers to provide a bit more coverage!

Please visit sk.birdatlas.ca if you’d like to learn more about the project, get involved, or lend your support. Resources are available to help you sharpen your bird identification skills in preparation for the 2021 season. Our new Tutorials and Bird ID Videos webpage is a great place to start!

Kiel and Dominic gear up for a paddle atlassing trip. Photo: LeeAnn Latremouille 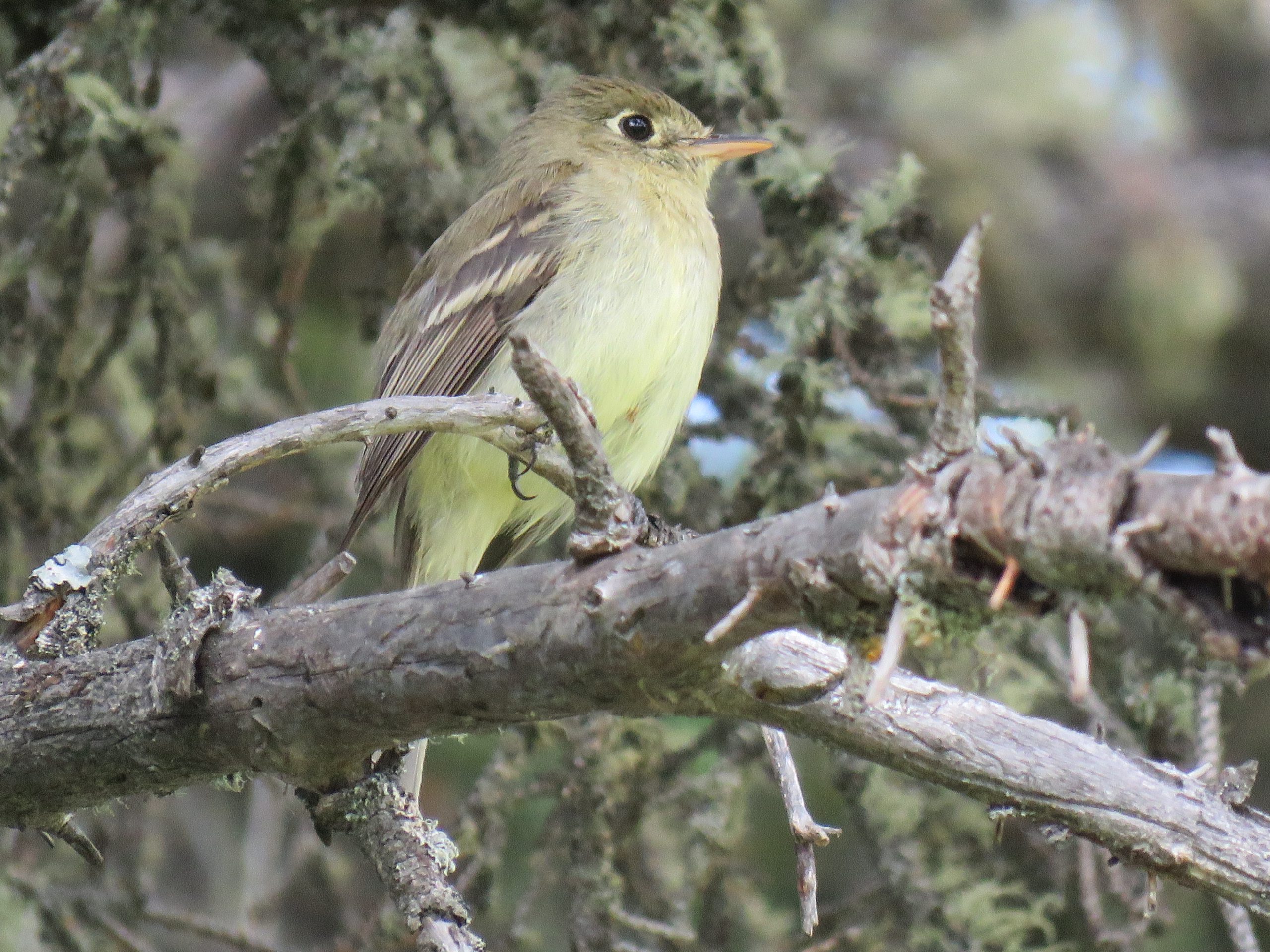