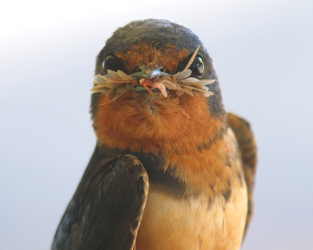 Call for swift action comes as government’s public consultation on neonics ban wraps
16 November 2018 (Ottawa, ON) — Fourteen conservation, environmental health and advocacy groups*, along with the Ontario Beekeepers’ Association, have called on the federal government to end the use of neonicotinoid insecticides in Canada without further delay, as Ottawa concluded consultations on the latest neonic risk assessments on Tuesday, November 13.
Since 2013, more than 460,000 people in Canada have participated in campaigns to ban neonics, signing petitions and writing letters to the federal government in support of a timely ban.**
This week, Canada’s Pest Management Regulatory Agency concluded public consultations on proposals to phase out the neonics clothianidin and thiamethoxam in three to five years. In 2016, the PMRA proposed to phase out a third neonic, imidacloprid, in a decision that has yet to be finalized. These reviews concluded the risks from most uses of neonics are unacceptable.
While the groups support the federal government’s proposed ban on neonics, they urge the government to accelerate the timeline to protect pollinators, aquatic insects and other beneficial species. An urgent ban is needed to prevent endangerment of the environment.
The proposed slow-motion phase-out of the main neonics would allow their use to continue until 2023 or beyond, even though environmental risks have been shown to be unacceptable. This unjustifiable delay will lead to further widespread and preventable ecological damage and is contrary to the pesticides law Health Canada is bound to uphold.
In contrast, the European Union’s new comprehensive ban will enter into effect in December 2018, just seven months after member states approved regulations. In France, a full ban on neonics has been in place since September 1, 2018.
The widespread use of neonics has led to pervasive environmental contamination. Scientists point to clear evidence of serious harm to many species and ecosystems.*** PMRA assessments found clothianidin, thiamethoxam and imidacloprid in Canadian aquatic environments at levels that are harmful to aquatic insects. Aquatic insects are an important part of the ecosystem, including as a food source for fish, birds, bats, and other animals. Many pollinator species spend the larval stage of their life as aquatic insects.
With consultations on the special reviews of clothianidin and thiamethoxam complete, federal Health Minister Ginette Petitpas Taylor is expected to issue final decisions in January 2020. Echoing the voices of hundreds of thousands of Canadians, the groups call on Minister Petitpas Taylor to immediately end the use of neonics.****
– 30 –

* Avaaz, Bird Studies Canada, Canadian Environmental Law Association, Canadian Wildlife Federation, David Suzuki Foundation, Environmental Defence, Équiterre, Friends of the Earth Canada, Leadnow, Nature Canada, Ontario Beekeepers’ Association, Ontario Nature, Prevent Cancer Now, SumofUs, Wilderness Committee
** This total reflects the number of unique Canadian signatories in letter-writing and petition campaigns hosted by the following groups, analyzed to remove duplicates:
● Avaaz – https://secure.avaaz.org/en/save_the_bees_global_nm_sh/
● David Suzuki Foundation – https://davidsuzuki.org/action/canada-must-ban-neonics-now/
● Environmental Defence – https://act.environmentaldefence.ca/page/32236/action/1
● Equiterre – https://pesticides.cauzio.org/fr/
● Leadnow – https://act.leadnow.ca/bees/
● Nature Canada – https://naturecanada.ca/get-involved/take-action/sign-to-ban-neonics/
● SumOfUs – https://actions.sumofus.org/a/canada-let-s-save-the-bees-for-good
● Wilderness Committee – https://www.wildernesscommittee.org/bees
Other groups are also running action campaigns, including the Canadian WIldlife Federation, Friends of the Earth Canada and Ontario Nature.
*** The Task Force on Systemic Pesticides assessed the science on neonics in two comprehensive reviews of peer-reviewed studies, published in 2015 and 2017. They concluded that neonics harm honeybees and many other species, including aquatic invertebrates, earthworms and birds. Not only do neonics pose a significant worldwide threat to biodiversity and ecosystems, but the Task Force found neonics are not as effective as once thought and can be replaced by affordable less toxic alternatives.
**** A lawsuit brought by environmental groups to protect pollinators from the harmful neonic thiamethoxam will be heard by the Federal Court in Toronto, November 19 to 23, 2018. Lawyers from Ecojustice representing the David Suzuki Foundation, Friends of the Earth Canada, Ontario Nature and the Wilderness Committee will argue that these pesticides have been unlawfully registered in Canada for more than 10 years, with the PMRA ignoring its own scientists’ conclusions on risks to pollinators and failing to consult the public as required by law.

Quotes:
“Neonics have far-reaching effects in the ecosystems where they are released. We now know that they not only kill the insects they are supposed to target, but also those that are the food staples for many bird species like the barn swallow. The continued use of neonics in Canada directly contributes to the decline of our bird populations, and phasing them out immediately is an important step toward trying to halt the ongoing loss of birds from our ecosystems.”
Silke Nebel, Vice-President Science and Conservation, Bird Studies Canada
“The science on neonicotinoids is in. They pose serious harm to many non-target species and have negative impacts on aquatic food chains. They are toxic to non-target beneficial insects that help farmers by pollinating crops or killing crop pests. They are toxic to soil organisms that contribute to soil health. There is also mounting evidence that they are harmful to bats, which are highly effective predators of crop pests. Banning neonicotinoids is the only option if we are to avoid long-lasting serious impacts on the very ecosystems that support farming in Canada. That is the first step. Providing Canadian farmers with less toxic alternatives to pest control is the next imperative if we are to achieve sustainable agriculture.”
Carolyn Callaghan, Canadian Wildlife Federation
“Phasing out neonics is a huge step toward protecting pollinators and ecosystems, but the timeline is unacceptable. The European Union implemented its ban this year in just seven months, while PMRA’s proposal would allow the use of neonics in Canada to continue until 2023 or longer. If Canada can’t act on identified ecological risks quicker than that, something is wrong with how we regulate pesticides.”
Lisa Gue, David Suzuki Foundation
“Canada’s evaluation of the impacts of neonics clearly shows that we need to act swiftly to prevent undue damage to aquatic ecosystems. Health Canada’s proposed three- to five-year phase-out wrongly dismisses this conclusion and contradicts the recommendations of leading scientists around the world and the concerns of tens of thousands of Canadians.”
Muhannad Malas, Toxics Program Manager, Environmental Defence
“When a drug is found to have severe adverse effect on our health, it is pulled off the shelves. But when a group of pesticides is found to pose unacceptable risks to our environment, our government keeps it on the market for several more years. This kind of slow regulatory decision-making at the PMRA causes unnecessary harm to the environment and doesn’t align with the scientific consensus that there is urgency to act now.”
Annie Bérubé, Équiterre
“Honeybees have served as our canary in the coal mine when it comes to alerting us to the dangers of neonicotinoids. We now know neonics are highly detrimental not just to honeybees but also to wild native bees and aquatic insects that are important food sources for birds and fish. Canada needs to act immediately to ban these pesticides and then to support farmers in moving to ecologically safe approaches that will be productive for them and the environment. We can’t just replace bee-toxic pesticides with more pesticides.”
Beatrice Olivastri, Friends of the Earth Canada
“Insect pollinators are subject to the same exposure to water-soluble neonicotinoids as aquatic invertebrates. For the past 10 years, beekeepers have observed the negative effects of the overuse of neonicotinoid pesticides on the health of honeybees. Colony decline, loss of queens and exceptionally high overwinter losses threaten the sustainability of beekeeping in Ontario. With one of every three bites of food dependent on insect pollinators, the health of honeybees, bumblebees and wild bees is vital to food security in Canada. There is every reason to move quickly to phase out neonicotinoid pesticides.”
Jim Coneybeare, President, Ontario Beekeepers’ Association
“These measured harms from neonics represent the tip of a toxic iceberg. Neonics break down into other chemicals that can linger for years, migrate long distances and in concert have adverse effects that are not yet on Health Canada’s radar during piecemeal pesticide assessments. Systemic insecticides destabilize ecosystems, whereas agricultural leaders point to more sustainable methods, for healthier farms, ecosystems, food and people too.”
Meg Sears, Chair, Prevent Cancer Now
“Canada needs immediate action on bees. We can’t wait five years to ban the three neonicotinoids. Bees are dying at an alarming rate. There is no reason to wait this long. The EU enacted its ban less than a year after deciding to ban all neonics. SumOfUs also wants to tell Health Canada that all neonics should be treated as one pesticide family, not as multiples of different pesticides. This is what is happening in France where they enacted the most progressive ban on the bee-killing pesticide. Treating all neonicotinoids as one means that corporations like Bayer and Syngenta can’t make minuscule chemical changes to their products to get around the ban.”
Angus Wong, SumOfUs.org