Birdwatchers participating in the 2021 Great Backyard Bird Count created an outstanding snapshot of bird populations around the world. Thank you for being part of it! Continuing the GBBC’s upward trend, this year’s event topped all previous years in terms of participation level, checklists submitted, and species reported. Below are the figures as of March 10, 2021.

*Numbers may change as the final checklists are added through eBird. 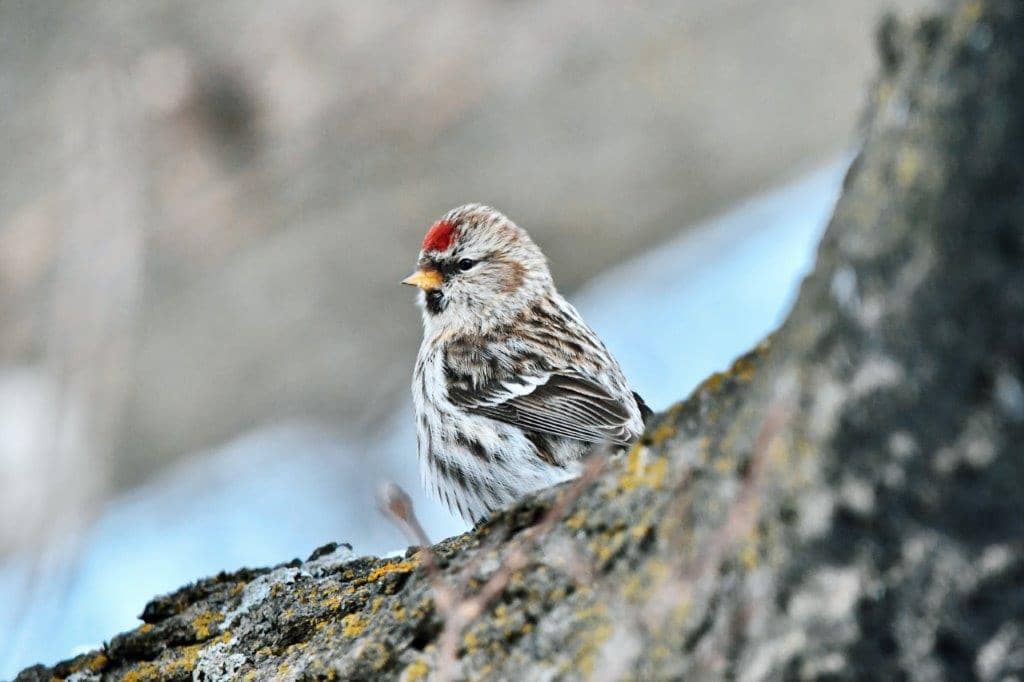 Despite bitter cold in many regions, participants in Canada entered 43.5K bird counts and 263 species! It was an extraordinary year for participation in Canada, with a 109% increase in checklists from 20.7K in 2020! To see checklist and species numbers in your province or territory, click here.

Canadians found lots of “irruptive” species this year due to a poor cone and seed crop in Boreal Forests across Canada. Irruptive birds (such as Pine Siskins, Common Redpolls, Purple Finches, Red-breasted Nuthatches, and Evening Grosbeaks) respond to poor cone and seed crops up north by moving south in search of food.

In British Columbia, the poor food crop resulted in high Pine Siskin numbers during the GBBC. Other highlights included 11,000 Dunlin in Boundary Bay and 8000 Snow Geese in Richmond. Two hundred and thirty-two Bald Eagles were spotted together in Delta. Two hundred and two species were recorded in BC.

Some noteworthy observations in Alberta included a flock of 3000 Bohemian Waxwings, a Virginia Rail in Banff, and 3 Short-eared Owls. The province also saw a big influx of Red and White-winged crossbills during the event. Three different “types” of Red Crossbill were noted at a single location, including what appears to be the first confirmed record of “type 10” for the province of AB. At least 10 types of Red Crossbill that can be distinguished by their calls have been identified.

In Saskatchewan and Manitoba there were particularly high numbers of Common Redpolls and Evening Grosbeaks. A high count of 16 Eurasian Collared-doves was seen in Swift Current, SK and a flock of 32 in Portage la Prairie, MB. This species is native to India, Sri Lanka, and Myanmar and has been expanding its range westward from its landfall in Florida. In Canada, it first reached BC and is quickly spreading east. 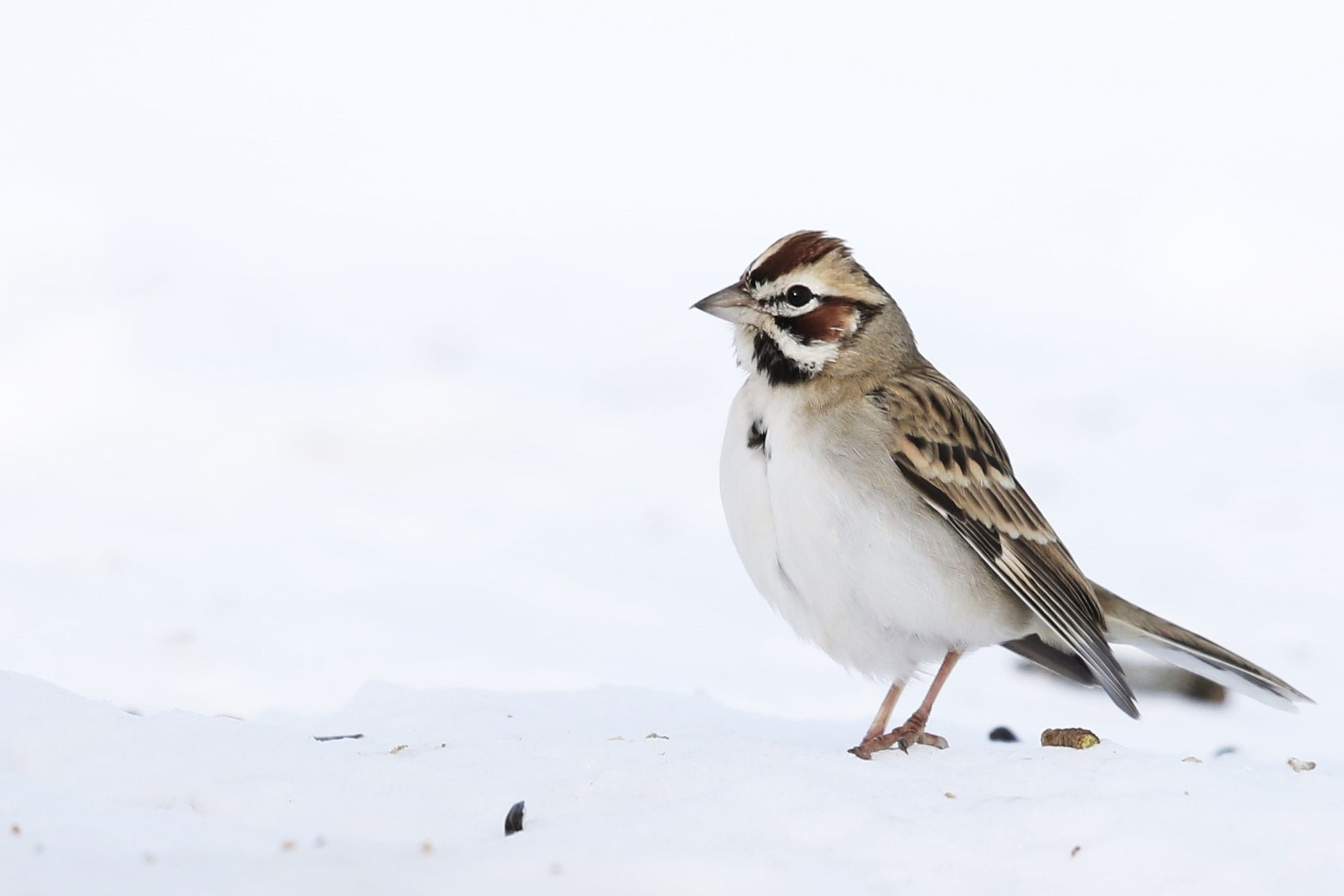 As of March 10, Ontario leads the stats for participation with more checklists submitted than any other province, state, or territory in Canada or the U.S. Participants in ON reported good numbers of overwintering waterfowl this year with flocks of 3000 Redheads and 2500 Long-tailed ducks in Prince Edward County, and 1750 Tundra Swans and 800 Sandhill Cranes at Long Point. Some interesting rarities included an overwintering Baltimore Oriole in Toronto, a Black-headed Grosbeak in Algoma, and a Lark Sparrow in Ottawa.

Québec also had large numbers of irruptive finches, with 700 Common Redpolls reported in one flock. A rare overwintering Black-throated Blue Warbler was recorded. This particular bird had been recorded regularly on eBird all winter. “Black-throated Blues” usually overwinter in Greater Antilles from Puerto Rico to Cuba, Jamaica, and Hispaniola; or in the Bahamas, along the coast of the Yucatan, or in Belize.

Some highlights from Nova Scotia, New Brunswick, and Prince Edward Island included a Redwing in Crystal Beach Provincial Park, NS. This surprising visitor is native to northeast Europe, Iceland, and Russia. A beautiful Red-headed Woodpecker was reported in NB. It is a rare visitor to that province at any time of the year. A high count of 2200 American Crows was recorded flying over Summerside, PE.

Amazingly, a Northern Cardinal was counted at a suet feeder in Stephenville, Newfoundland. This bird is rare to NL at any time of the year.

Yukon Territory participants submitted 120 checklists. Surprisingly, two rarities were reported on the same checklist – an American Robin and Steller’s Jay at a feeder in Whitehorse. Both were north of their typical winter range.

Please keep observing and reporting birds! Just go directly to eBird.ca to submit checklists using the same username and password you used for the GBBC. The data-entry process is the same. Please keep reporting birds—you can do so from anywhere in the world at any time of the year!

Thanks to our sponsor Wild Birds Unlimited for helping to make the GBBC possible. 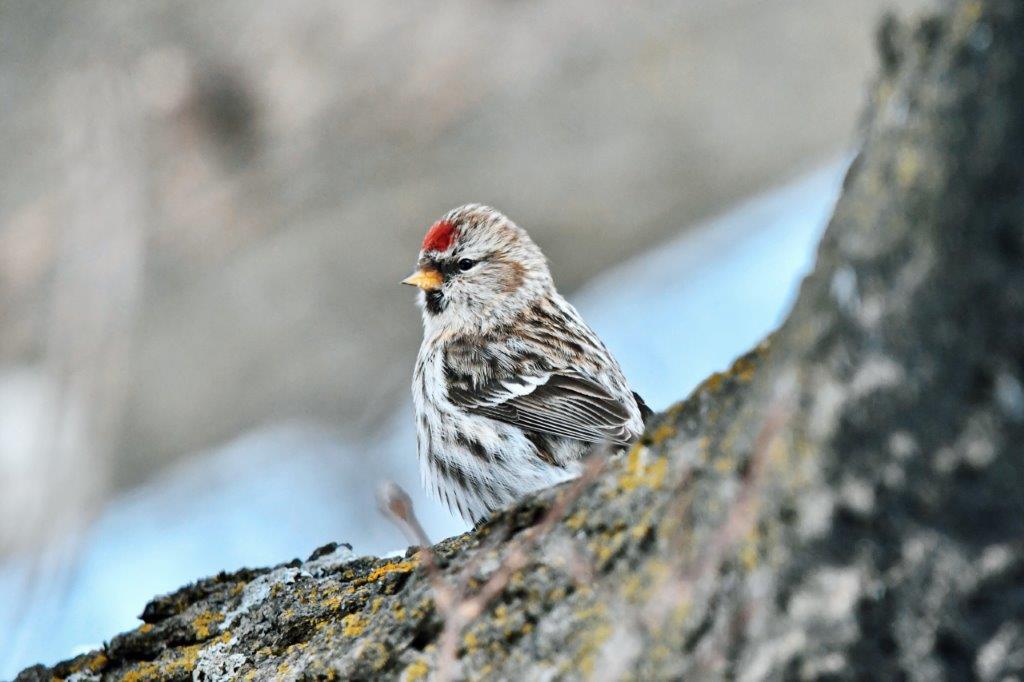