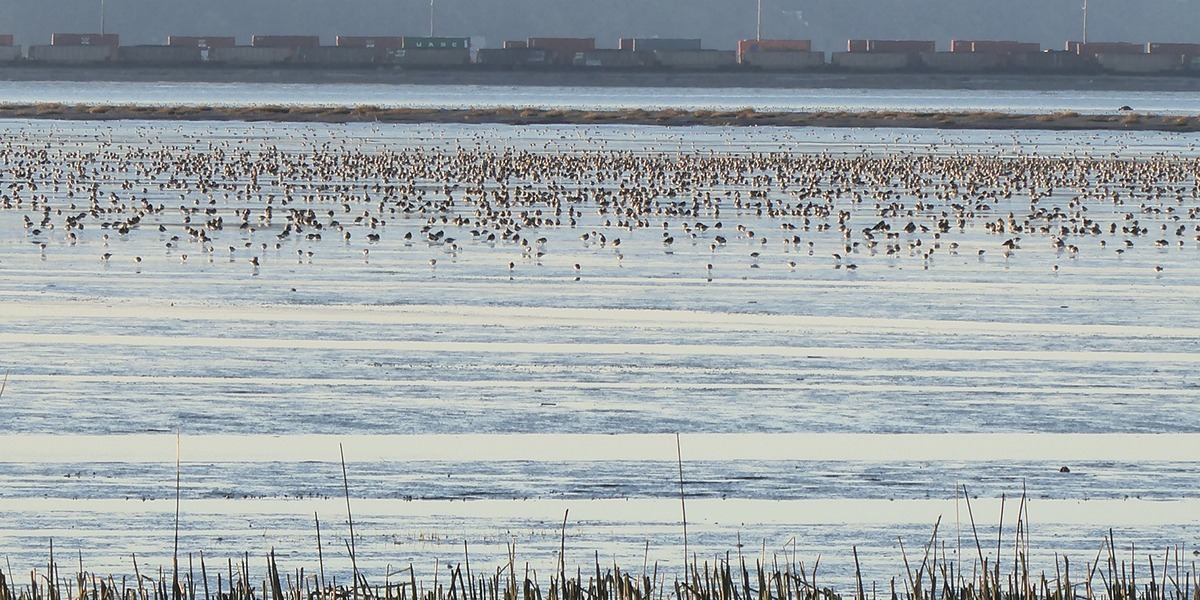 For Immediate Release (Vancouver, BC) ─ Birds Canada believes recommendations concerning impacts on birds stated in the recently released report of the Review Panel for the Roberts Bank Terminal 2 development proposal are not sufficient to protect migratory birds reliant on the Fraser River Delta.

The Fraser River Delta is home to a range of species at risk. Nearly the entire world population of Western Sandpipers, a wide range of sea-going and freshwater ducks, and the Species At Risk Act-listed Barn Owl.  Birds Canada does not agree that the impacts on birds are either residual or largely mitigable, as claimed in the report.

Birds Canada does not believe that the Roberts Bank Terminal 2 as currently planned will avoid significant impacts on Western Sandpiper, Barn Owls, and the millions of other birds using the Fraser River Delta. Birds Canada is of the view that the uncertainty surrounding impacts on Western Sandpiper is a perfect example of how little we know about the linkages needed to maintain the function of the Fraser River ecosystem.

Our organization has consistently called for a more regional and ecosystem based approach to managing the health and function of the Fraser River Delta before any further projects are approved. The Federal Review Panel has identified the need for a regional environmental assessment to establish a baseline understanding of the Fraser Estuary. In order to address the cumulative effects on birds and other elements of the Fraser River Delta identified by process participants, the panel has also recommended a new governance process to maintain the ecological health of the region. Birds Canada supports these recommendations and believes they should be implemented prior to any decisions being made about approving yet another mega-project proceeding in the Fraser River Delta.

On Monday March 30, the Review Panel considering the environmental impacts of the proposed Roberts Bank Terminal 2 in the Fraser River Delta found there will be significant adverse effects on Southern Resident Killer Whales and Chinook Salmon. The panel found that if all recommended mitigation actions are implemented, the project will not have significant adverse environmental impacts on Great Blue Heron, swallows, and coastal diving birds. In addition, the panel found that the project, along with other development in the Fraser River Delta, would have significant residual cumulative effects on the Species At Risk Act-listed Barn Owl. For Western Sandpiper, the panel concluded it is unable to determine whether there will be significant adverse impact due to uncertainty in the emerging state of science related to fatty acid production in biofilm. The panel found that, due to the international protection provided by the Migratory Bird Convention Act, a highly precautionary approach should be taken.

The debate over expanding the Port of Vancouver in the Fraser River Delta has been ongoing since at least 1979 when the original plan to expand the port at Roberts Bank was rejected because of environmental impacts. North America has lost 3 billion birds since 1970 and in Canada shorebirds have declined by 40%. The Government of Canada’s own scientists have highlighted how this project would lead to the collapse of the world’s population of Western Sandpiper.

It is time the Government of Canada apply the precautionary principle in deciding that Roberts Banks is too ecologically valuable to risk for the sake of expanded port capacity.  Proceeding is not consistent with Canada’s commitment to maintain biodiversity and migratory bird populations. As such, Birds Canada is adding its voice to the multitude of others calling on the Government of Canada not to approve the project as currently designed. The birds of North America depend on Canada doing better.