Our First Five Months of Hiking for Birds Across Canada 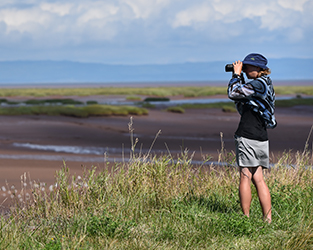 In June 2019, we sold our house, quit our jobs, and began walking 24,000 km across Canada along The Great Trail. Fewer people have completed this undertaking on foot than have gone to the moon. We will be the first to do so for a cause – and ours is to inspire people to help protect Canada’s birds and their habitats from coast to coast to coast.

With the support of Birds Canada and the James L. Baillie Memorial Fund, we have connected with more people than anyone anticipated. After five months on the trail, we’ve trekked almost 3000 km across five provinces and shared our message with local, national, and international audiences through radio interviews and written articles. We’ve given talks hosted by nature groups, Parks Canada, universities, and MEC. We’ve spoken to hundreds of people on the trail and reached out online, publishing more blog entries, Facebook, Instagram, and Twitter posts than we expected to. Thanks to all of you who have followed our journey so far and lent your support!

Our goal has been to reach out to communities across the country to help families and youth reconnect to nature through birding. We have suggested ways to turn online time into green time and encouraged people to become Citizen Scientists. We have shared strategies for engaging youth in nature organizations, raised awareness about the importance of protecting migratory birds, and gotten people back outdoors.

We’ve also been listening to other people’s stories along the way. What we’ve learned is that there are many “closet birders” out there. These people don’t identify as birders, but they have extensive knowledge of local birds, trends in these species’ numbers in their area, and a deep interest in nature. The most common question we’ve heard is: “Where have all the birds gone?” People are noticing what science has confirmed – that birds, from backyards in southern Canada to Canada’s Boreal Region and beyond, are disappearing at an alarming rate and need our continued protection. There is a huge willingness to help birds by adopting some of the simple, fun steps we’ve been advocating. 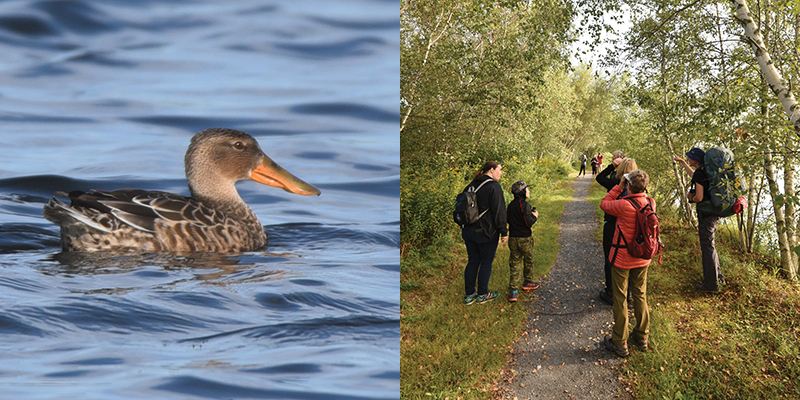 Having seen over 150 species of birds on our journey, it is challenging to pick a favorite. Some of the most memorable birds we’ve seen include Atlantic Puffins in Newfoundland, Piping Plovers in Cape Breton, a Great Horned Owl in Nova Scotia, a Northern Shoveler in Prince Edward Island, and Peregrine Falcons in New Brunswick.

Some of our favourite birding locations include Witless Bay, Cape St. Mary’s Ecological Reserve, and the Codroy Valley in Newfoundland. In Nova Scotia we enjoyed the Bras D’Or lake area, the tidal flats around Truro, and the salt marshes around Cole Harbour. The Harvey Moore Wildlife Management Area and the Borden-Carleton Important Bird Area were among our favorites for Prince Edward Island. In New Brunswick we enjoyed visiting the Cape Jourimain Nature Centre, the Sackville Waterfowl Park, and the Irving Nature Park.

Our first season on the trail has been a success, and it hasn’t only been about birds. We’ve woken up amid a herd of Caribou, found Black Bears outside our tent, been followed by curious Moose, and encountered a rare Pine Marten on the trail. We scaled cliffs, wandered beaches, waded into the Atlantic Ocean, and explored tidal rivers around the Bay of Fundy.

In May 2020, we will continue our adventure, starting in Québec. We will hike back into the Boreal Forest, North America’s bird nursery. More exciting stories and species await us over the next three years and we hope you will follow along. See you on the trail! 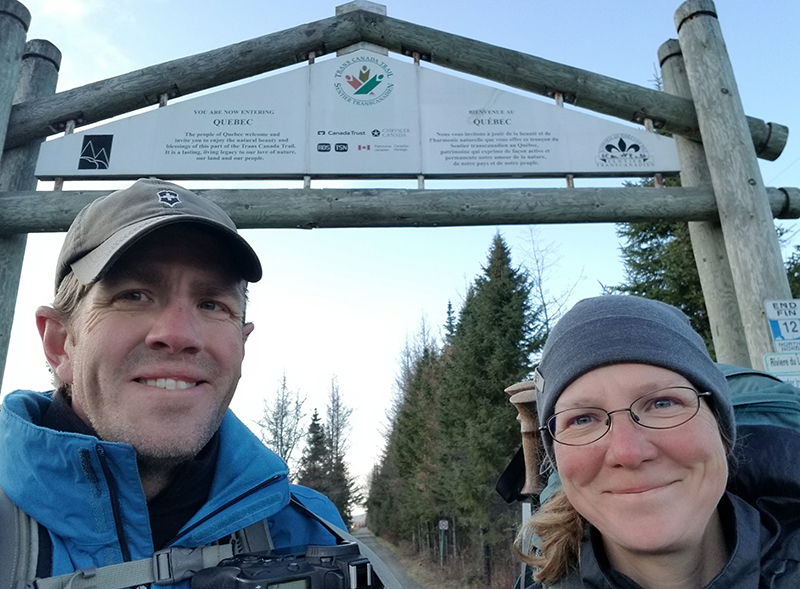