Citizen Scientists “Rock” the First Year of the Newfoundland Atlas 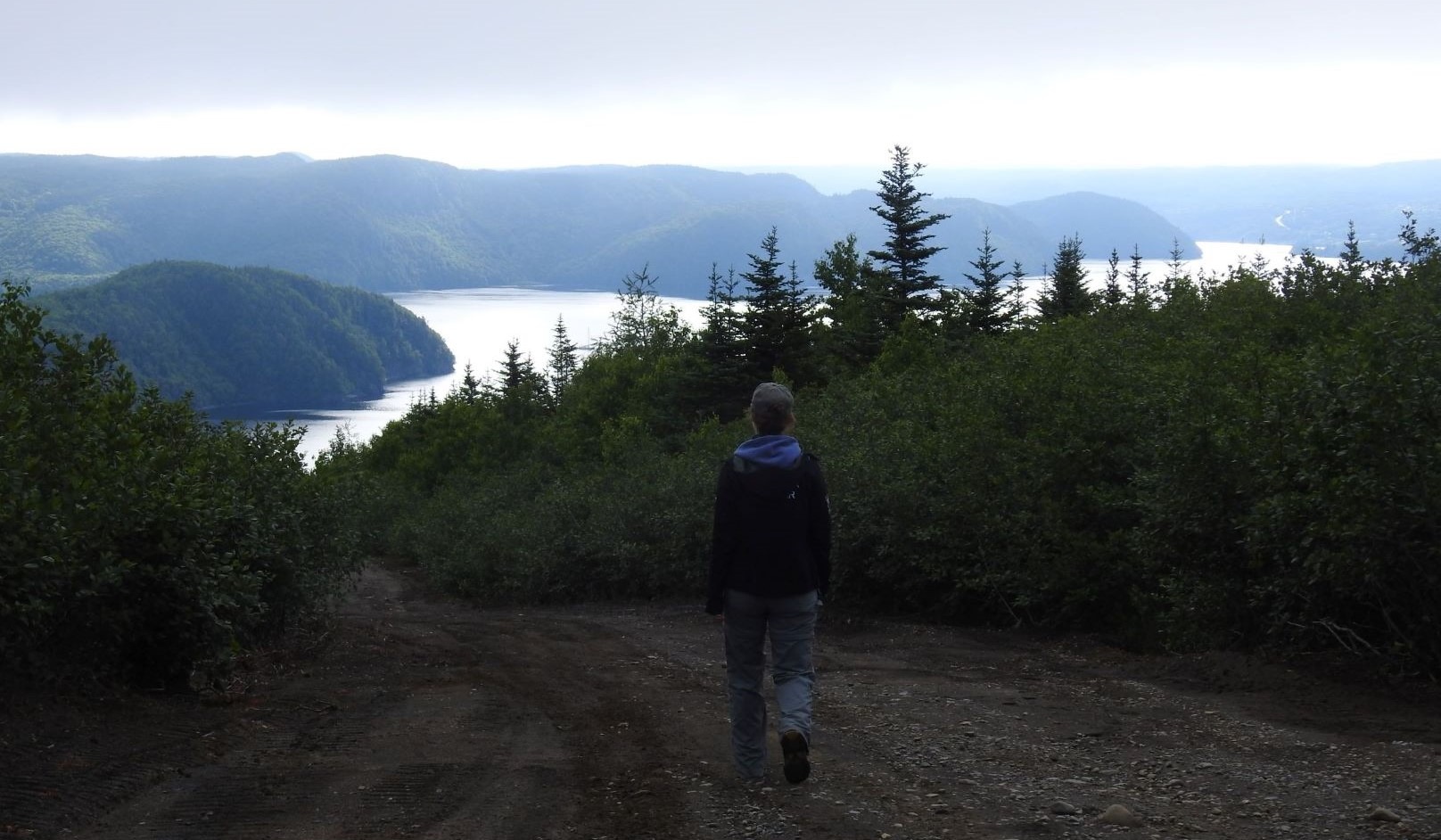 Breeding Bird Atlases are projects that involve documenting breeding birds across a given region. Launching a new breeding bird atlas is always a challenge – but particularly so in the midst of a pandemic.

Early last winter, the first Newfoundland Breeding Bird Atlas was gathering momentum, with plans for an official launch event and community workshops across the island. But in March, everything changed: people were asked to stay home, national parks and other outdoor spaces were closed to the public, and Newfoundland closed its borders to everyone except residents.

Birds Canada put Citizen Science surveys on hold, and for a few months, it seemed unlikely that any Atlas data collection would happen this summer. Even when surveys slowly began to resume, we encouraged volunteers to avoid travel and instead asked them to atlas their own backyards and neighbourhoods.

Our intrepid volunteers rose to the challenge magnificently. The online Atlas database began filling with bird sightings from cities, towns, and villages all over the island. And as public health restrictions began to relax and atlassers ventured farther afield, data trickled in from some of the more remote atlas squares. In total over the last six months, 88 registered participants have spent more than 780 hours surveying for birds, collecting data in 265 atlas squares and reporting breeding evidence for 134 species across Newfoundland. 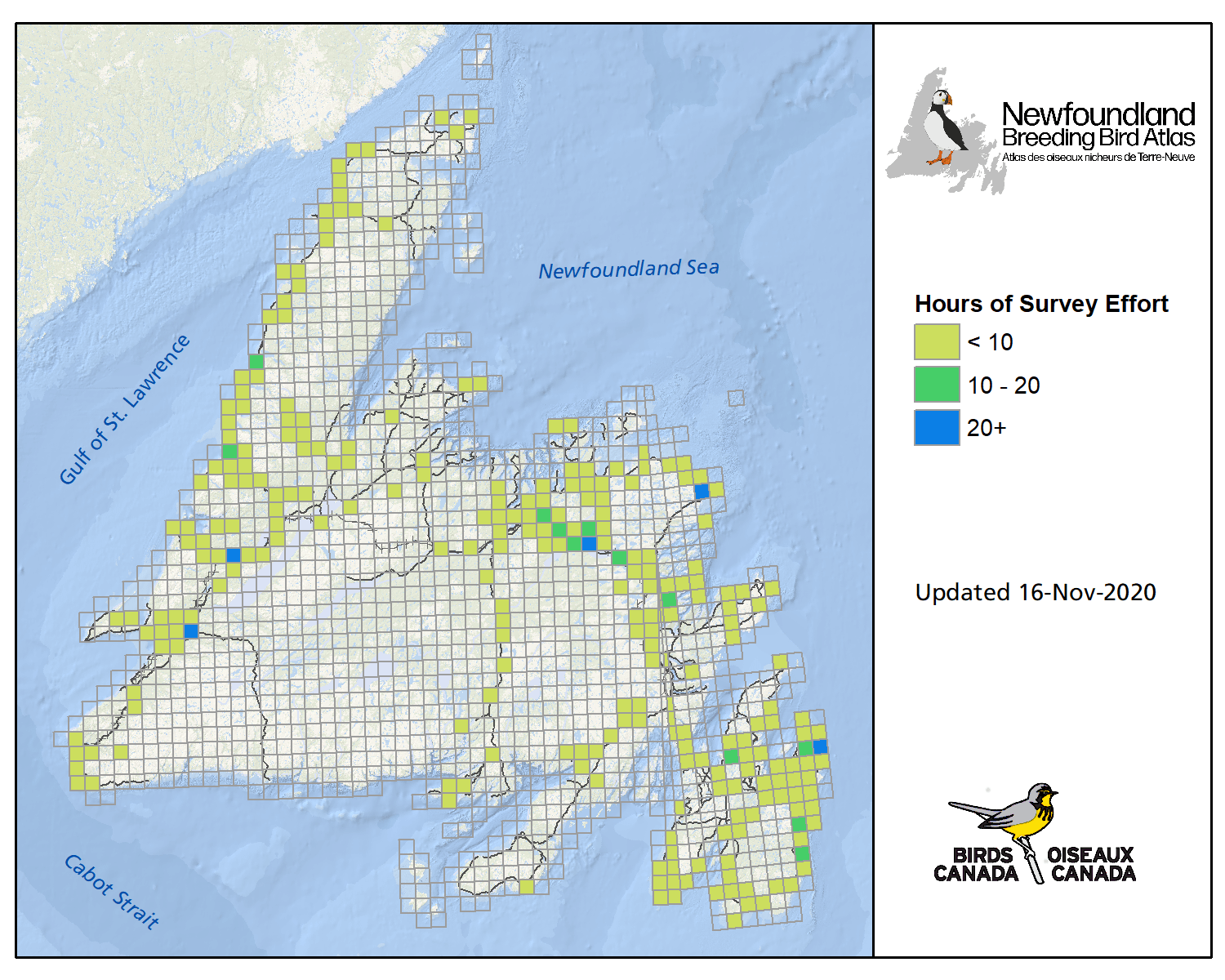 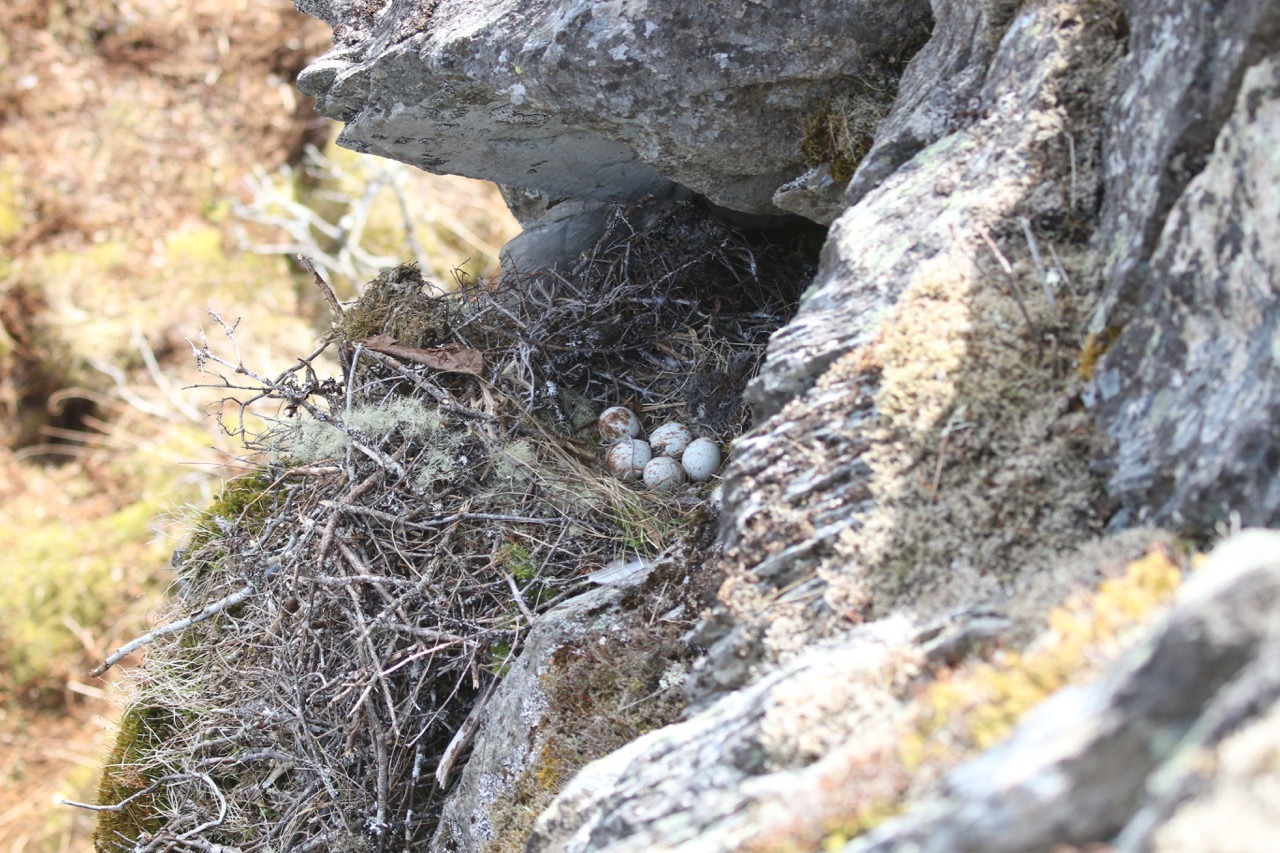 Among the many people who have contributed data, a few really pushed our numbers up. Alvan Buckley visited seven of the eight Atlas regions and reported an impressive 143 species. Hot on his heels were Barry Day, Doug Clark, and Darroch Whitaker, who also recorded over 100 species. And Barry Day spent an amazing 270 hours (34.5% of the total hours!) atlassing in 74 squares across the island!

This year’s highlights include the discovery of a Rough-legged Hawk nest (with five eggs) on the Avalon Peninsula, a sighting of a female Wood Duck with two ducklings in Deer Lake, where successful clutches of this species are uncommon, and a report of a male Rock Ptarmigan actively courting two females on the Burin Peninsula, where the species has only been reported twice before.

In southwestern Newfoundland, counts of “budworm warblers” were also high – not surprising considering that spruce budworms were literally dripping off the trees in late summer. Tennessee, Bay-breasted, Cape May, and Blackburnian Warbler populations are known to increase during the periods of plentiful food provided by spruce budworm outbreaks, and this summer, Bay-breasted Warblers were seen for the first time in 11 years in Barachois Pond Provincial Park. Even more exciting, there was evidence of probable breeding for this species. 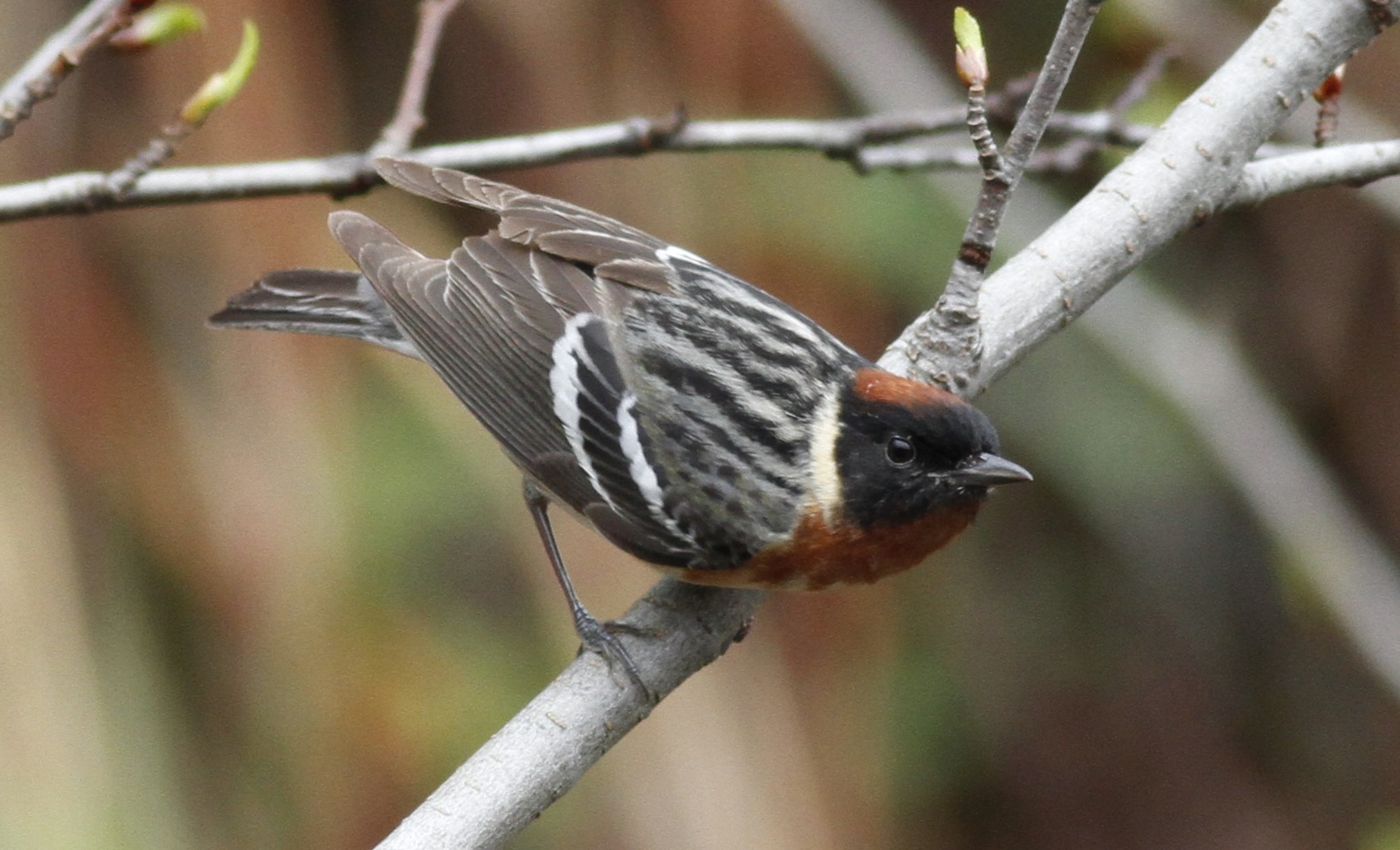 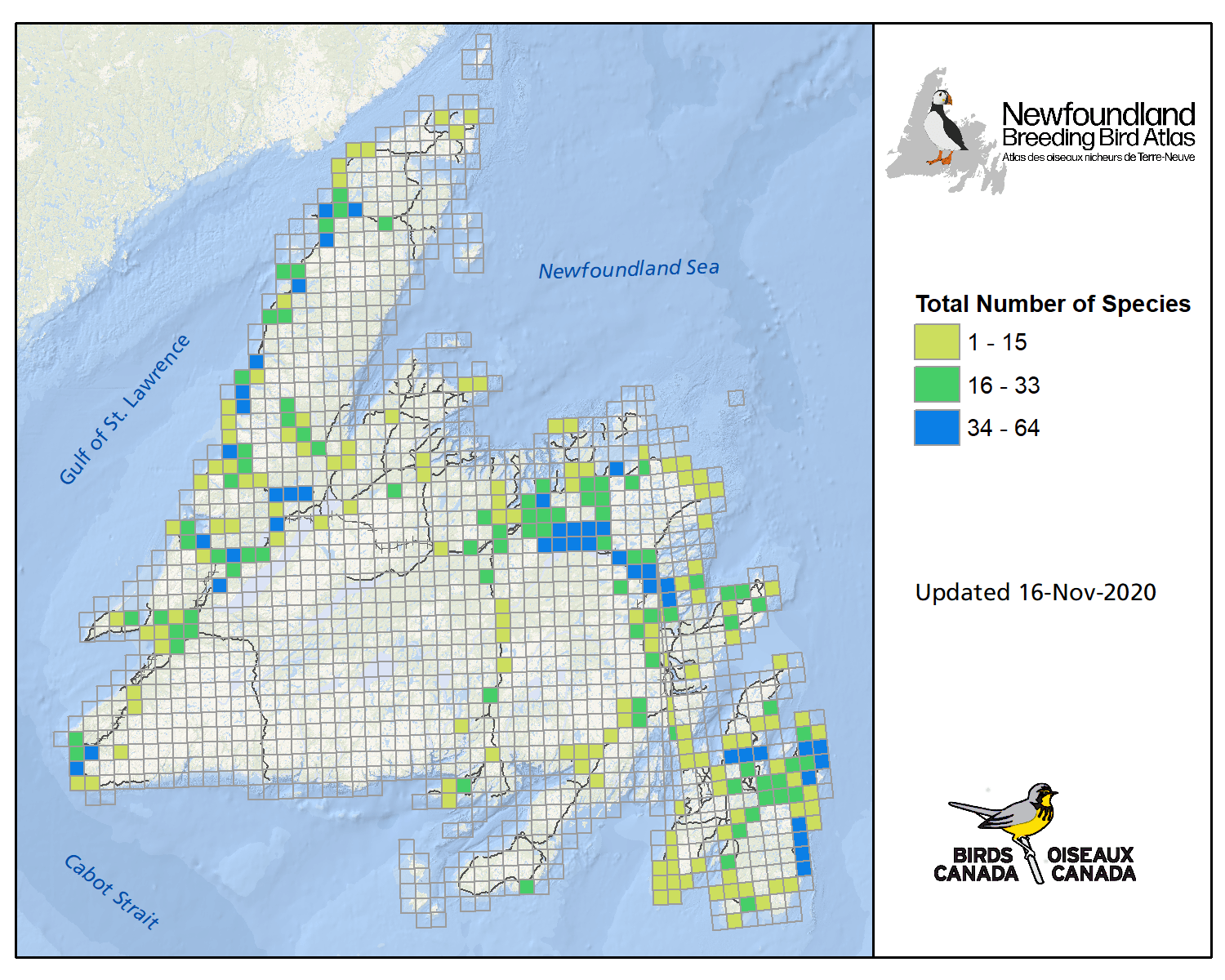 Thank you to all the volunteers and supporters who made the first Atlas season a success! Now the breeding season has come to a close, but there’s still lots to be done over the winter as we prepare for next year – when we hope to welcome atlassers from some of the other Canadian provinces as well.  In the meantime, keep up with the Atlas and get the latest news and events by following us on Facebook or Instagram (@NLbirdatlas)!