Soon Thanksgiving will be here and Canadians will be putting away the paddle, winterizing the boat, closing up the cottage and – perhaps – thinking ahead to personal migrations to warmer climes. Meanwhile, adult loons, followed by their young, will be migrating to their wintering grounds. Their destinations include the near offshore waters of the Atlantic Ocean, Pacific Ocean, or the Gulf of Mexico.

A special thank-you to each of this year’s 575 Canadian Lakes Loon Survey participant teams. It is your combined effort that provides a clearer picture of how loons are doing in Canada. To those who have already sent in their data, thank you. For those entering data online – contact me (Kathy) (volunteer@birdscanada.org) if you have problems, or just mail in your field data form.

How are the Loons Doing? 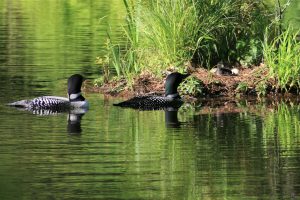 It has been a very interesting season for the loon survey. Chicks hatched two to four weeks earlier than usual out west, in parts of the Prairies, and in Ontario’s Rideau system. Elsewhere, chicks hatched two to three weeks late or right on schedule, around the Canada Day weekend. In some parts of Canada, breeding loons faced challenges such as flooding, which can wash out nests, and a species of black fly that bites loons and can lead them to abandon the nest (we’re not the only ones to be tormented by black flies – though the flies that bite the loons and the ones that bite us are different species!).

Overall, the size of the Common Loon’s population across Canada and most of its range is stable. However, your Canadian Lakes Loon Survey results are showing a gradual decline in the number of fledglings produced per loon pair over the decades. So far, it appears that this decline in “productivity” has not resulted in a decline in the number of breeding adult loons. But, if productivity continues to decrease, the number of breeding loons could also go down. You can find more information about loons and how to help them on the Canadian Lakes Loon Survey webpage. 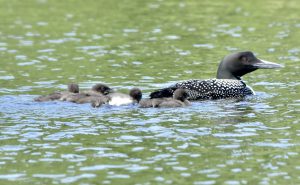 You can check out “baby pictures,” field notes, and more in a “Twitter Moment” album where I have collated loon survey-related tweets (everyone can view these – a Twitter account is not required to view the album). I will continue to add more volunteer photos as the season progresses.

A few loon survey participants reported some unusual, but interesting, situations this year. This included Phil Barley, in Ontario’s Moon River area, who was surprised to see a whitish egg accompanying two loon eggs in his pair’s nest. We believe the egg was that of a Mallard. The Mallard egg did not hatch, but both loon eggs did and one chick will fledge this fall. These two photos show the three eggs and the chick in early September. To Phil’s added amusement, a Mallard hen visited the platform well after chick hatch, causing him to muse, “Was this the bird that laid the egg?” A special thank-you to Phil for sharing his wonderful field notes on Facebook.

Another rare sight was the occurrence of a Common Loon pair with four loon chicks. Past publications suggest that the likelihood of three chicks is, at most, 8% for this species. This seems to hold true in Canada. Between 1981 and 2004, we reported only six three-chick hatches out of 687 successful loon pairs. Did this pair hatch four, or “adopt” one or more young? We’re not certain, as the chicks were about a week old when first observed. We are excited to report that two of the chicks have survived and are likely to fledge this fall. Thanks to Mike Lahaie, Geoff Dobson, and Nancy Best for keeping us informed. To learn more regarding four-chick pairs, read our 2004 article in the Wilson Bulletin. If you have knowledge of four-chick loon families, please let us know as we are trying to better understand these occurrences.

Get Ready for Next Year’s Survey

To assist with your lake stewardship activities, we can provide you with “Loon Alert” signs for ramps, marinas, docks, etc. A new “Sensitive Habitat” sign is being developed as well. If your lake association is interested in obtaining signs, they can contact me at volunteer@birdscanada.org .

I hope you enjoyed this summary and are looking forward to being part of next year’s Canadian Lakes Loon Survey. If you would like to register in advance for the 2020 loon survey, you can sign up here. 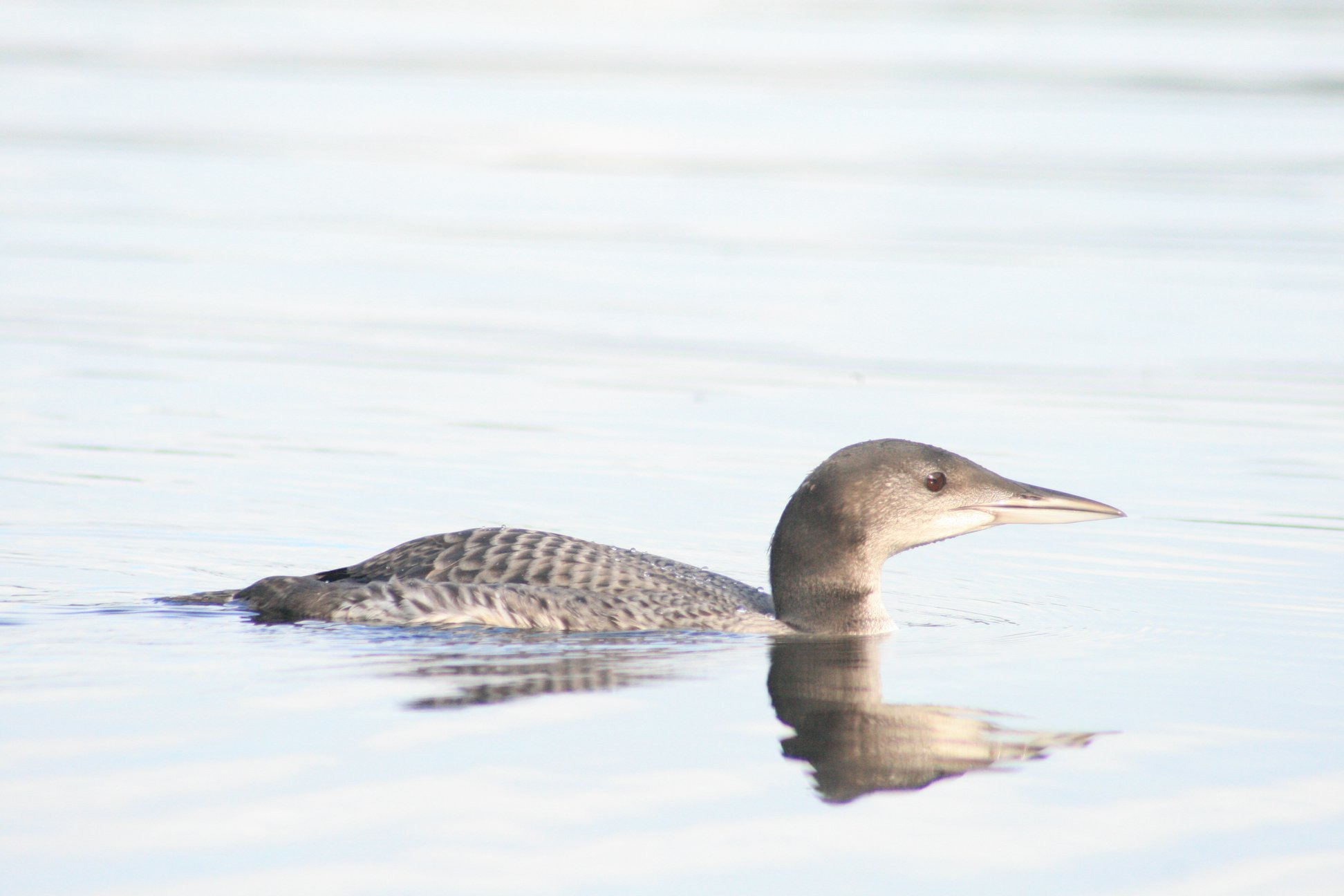